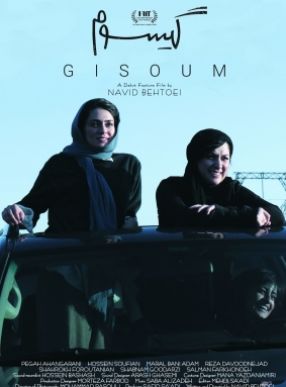 After her mother’s death, a young woman finds out that her father is alive. Forced by curiosity, she returns from France to Iran in order to search for him after 30 years. Along with her husband and a bunch of old friends, desperately seeking an unseen father, she travels to the northern coasts of Iran. Gradually, through the journey, everyone realizes that she has got so many untold secrets…

Born in 1983 in Tehran, Navid Behtoie is a graduate of Theater (BA) and Dramatic Literature (MA) from Tehran University of Art (Faculty of Cinema and Theater) and Cinema (MA) from Caen-Normandy University. He has also attended the course of film studies at University of Montreal and professional workshop of theater at international school of theater Jacques Lecoq in Paris. With his short films, EN RÊVE (2015), LA VOIX DE LA VIE (2014) and GIRLS OF THE SUN (2013), Behtoie entered the international film festival circuit. GISOUM is his debut feature film.