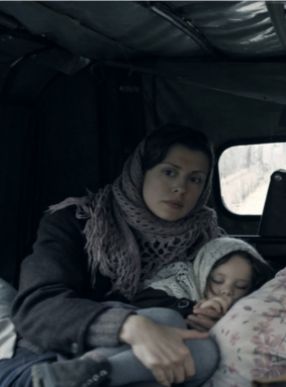 Two families have physically survived the 'real' war, but are incapable of building a new life in peace: war continues in everyday life because the chaos is inside human beings. Rusudan Glurjidze (b. 1972, Tbilisi) took a course in Romance languages and literature in Tbilisi. She then studied screenwriting and direction under Giorgi Shengelaia at the Georgian State Film and Theater Institute (1990–96). After the breakup of the Soviet Union, which essentially took the film industry down with it, she made a living making commercials and video clips. She worked as 1st AD on G. Shengelaia’s comedy The Train Went On and On (Midioda matarebeli). Since 2007 she has also worked as a producer for the Cinetech production company. She presented her debut feature project House of Others (2016), in which she shares her own experiences of war, at the Sarajevo Film Festival’s Regional Forum in 2013, and the effort she put into perfecting the film since that time is clear from every take.