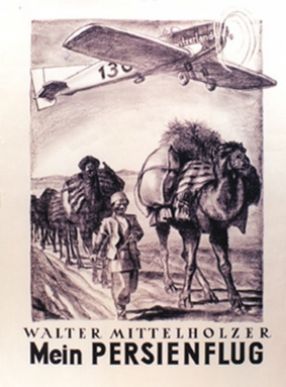 A film by Walter Mittelholzer, shot during a flight from Zurich to Teheran he made on business in 1924 for the Junkers factories, a German manufacturer of planes and motors. 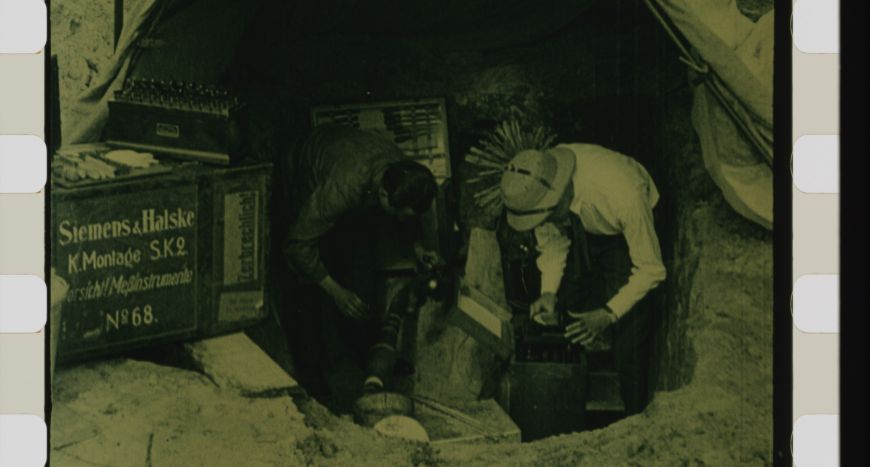 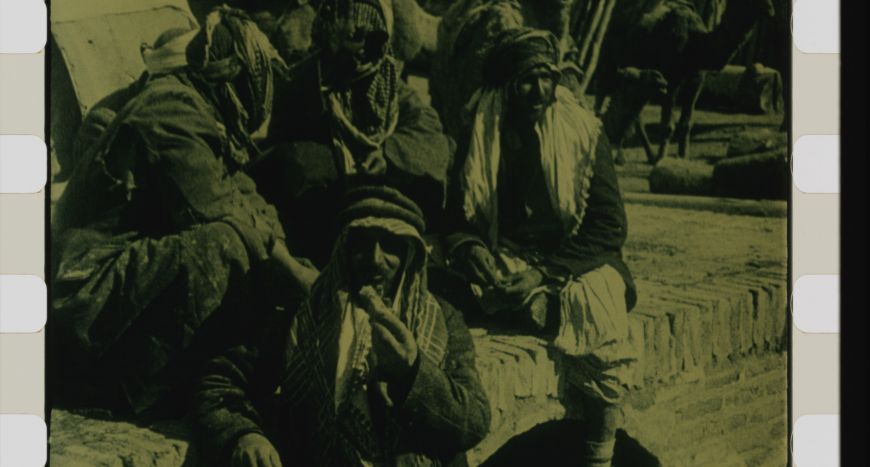 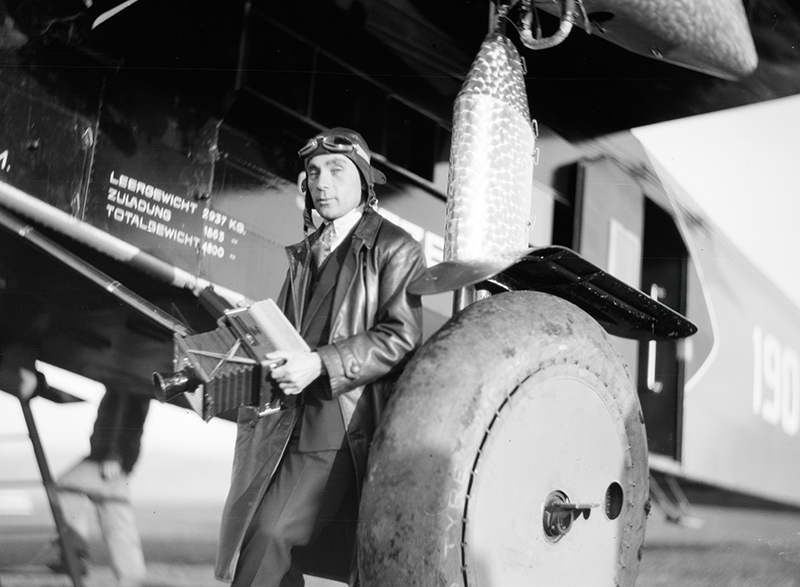 Born into a St Gallen family of bakers on 2 April 1894, Walter Mittelholzer aimed high. As a trained photographer, at the outbreak of the First World War he volunteered as a spotter for the fledgling air force. In civilian life, the combination of photography and flying became his recipe for success. In 1942, in the middle of the Second World War, a memorial in honour of Walter Mittelholzer, who died in a climbing accident on an expedition in Styria in 1937, was unveiled at Dübendorf Airport. This ceremony, attended by General Henri Guisan, Federal Council member Elio Celio and other distinguished guests, publicly cemented Mittelholzer’s status as a Swiss national hero. Of course, the location of the memorial was no coincidence: as a pilot and entrepreneur, Mittelholzer was instrumental in the development and expansion of civil aviation in Switzerland and at Dübendorf Airport in the period after the First World War. He was co-founder, director and head pilot of the Zurich airline Ad Astra Aero. When Ad Astra Aero and Balair merged to become Swissair in 1931, Mittelholzer became the technical director of this first national airline