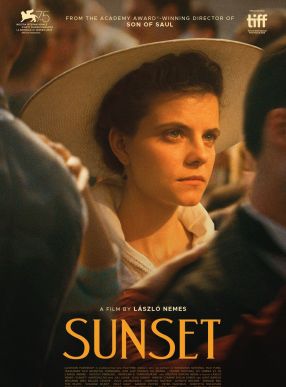 A young girl grows up to become a strong and fearless woman in Budapest before World War I.

From rebel to rebellion

A subtle look into a world where the silence causes violence, SUNSET depicts how an ill society awaits unrest and conflict to enter a new era. Not in the way that WHITE RIBBON indicated a small part of the world which is ready to enter the First World War, but in a glamorous way to show the bright façade and then travel to every corner of a social structure falling into the abyss of decay and decadency. When a girl comes back to the city to work in the hat store her family lost, she is led to a labyrinth of corruption and exploitation to find a trace of her missing brother. In SUNSET, László Nemes gives up the hysteric, handheld camera to create a stylized visual wonder. Following the leading character with smooth camera movements, Nemes fills the film with mind blowing compositions in the landscapes and the portraits. Indeed SUNSET is a visual ballet of the images gradually moving from repression to rebellion. 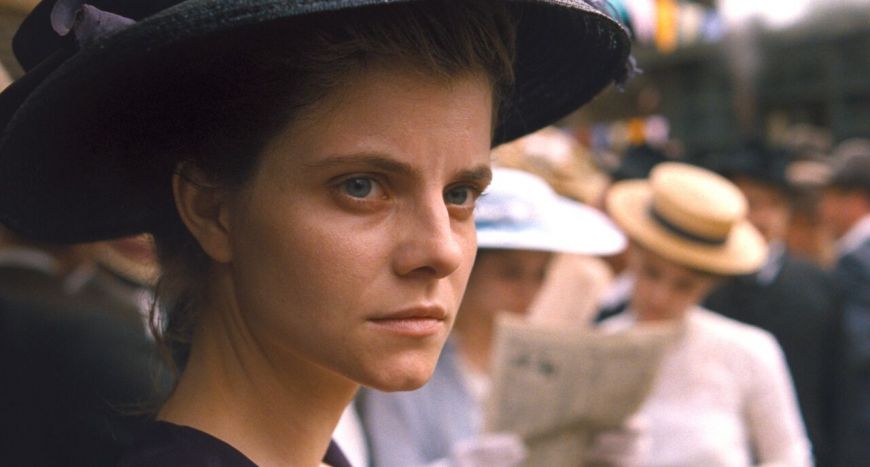 László Nemes is a Hungarian film director and screenwriter. His 2015 debut feature film, Son of Saul, was screened in the main competition at the 2015 Cannes Film Festival, where it won the Grand Prix. He is the first Hungarian director whose film has won a Golden Globe for Best Foreign Language Film. Son of Saul is the second Hungarian film to win the Academy Award for Best Foreign Language Film. In 2016, Nemes was a member of the main competition jury of the 2016 Cannes Film Festival.