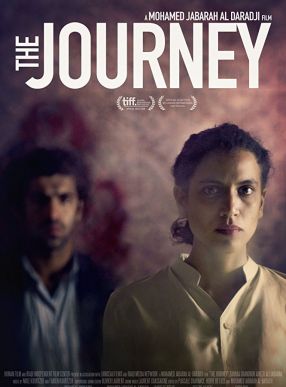 Sara enters Baghdad station with sinister intentions for its reopening ceremony. As she braces to commit an unthinkable act, her plans are drastically altered by an unwanted and awkward encounter with Salam, a self-assured and flirtatious salesman.

With Salam now hostage to Sara’s confused and deluded plan, he battles desperately to appeal to her humanity and sway her decision. In a moment of consideration and with her convictions crumbling before her, Sara is given the opportunity to witness the life and innocence she was so willing to destroy.

But is this a second chance or an admission of guilt?

Mohamed Al-Daradji studied in Baghdad, Iraq and Hilversum, Netherlands before travelling to the UK to complete Masters degrees in Cinematography and Directing at the Northern Film School in Leeds.

In 2003, following the invasion of Iraq, Mohamed returned to his native country to make his first feature film, Ahlaam. The film screened at over 125 international festivals, receiving 22 awards, as well as Academy Award and Golden Globe consideration, establishing Mohamed as a revered international filmmaker.

Since the success of Ahlaam, Mohamed has written and directed 2 further feature films, including the multi-award winning and critically acclaimed, Son of Babylon (2010). His work also includes 3 long form documentaries as well as the establishment of the Iraq Independent Film Center (IIFC); a film production and training institution based in Baghdad.

The Journey is Mohamed’s 3rd feature. Where had the world premiere at Toronto IFF2017