The Pass: Last Days of The Samurai

The year is 1867, political power has been returned to the Emperor and 260 years of the Tokugawa Shogunate have come to an end, resulting in the domains being divided either into the Eastern Army or the Western Army. Shortly thereafter in 1868, the battle of Toba-Fushimi kicks off the Boshin War. Tsuginosuke Kawai (Yakusho), the chief retainer of a small domain in Echigo called Nagaoka, decides not to belong to either army and practice “armed neutrality.” Though battle was the norm in the samurai era, he strongly feels that war is not the answer and that it can not protect the citizens. Kawai tries to peacefully negotiate but it goes south, and being a hereditary feudal lord of the Tokugawa Shogunate, he must decide whether to stick to his duties and exchange gunfire with the Western Army...Shot entirely on lush 35mm film, THE PASS offers a philosophical take on a lost way of life. 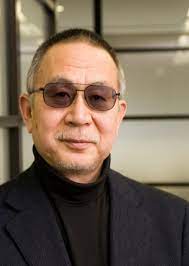