Focus on Contemporary Comedies: 4 New Films Up for Grabs 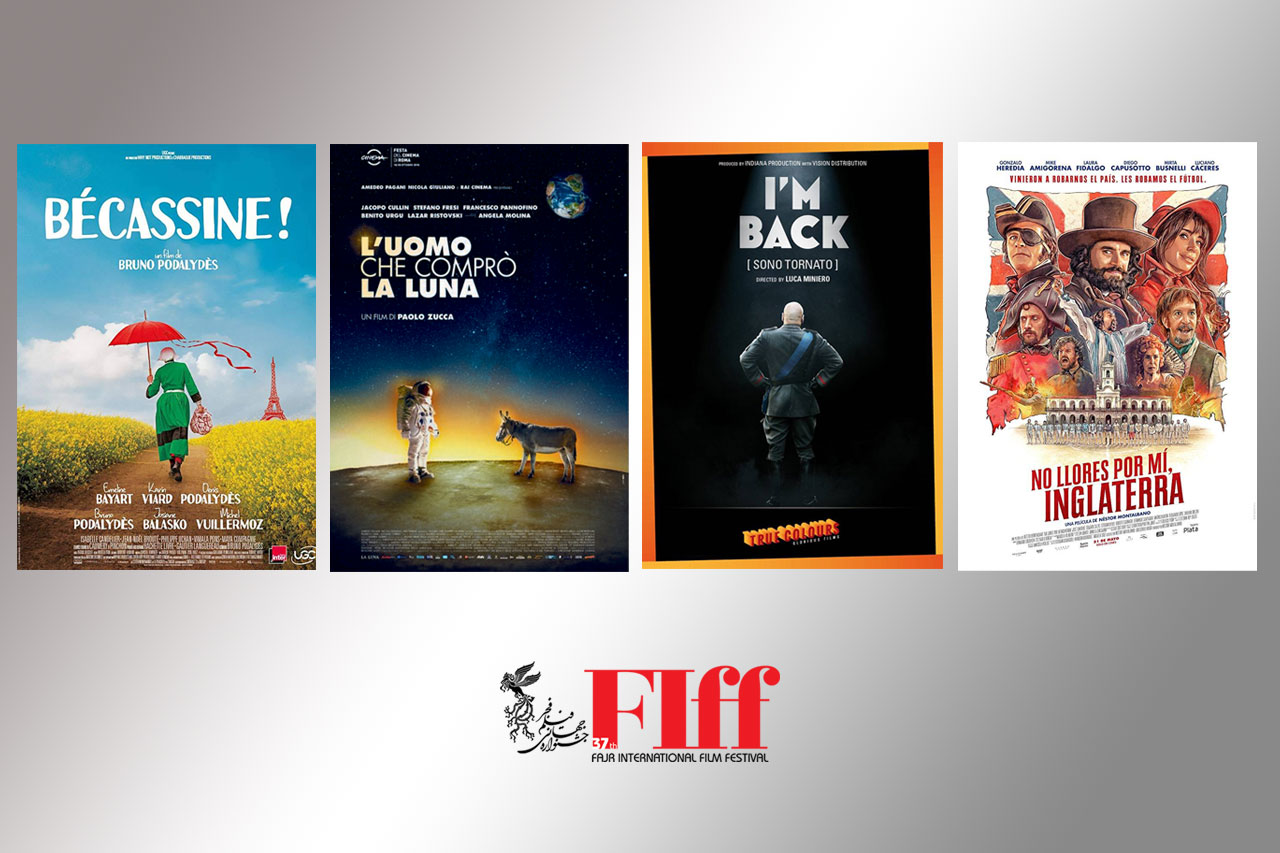 The 37th Fajr International Film Festival has lined up four more movies for screening at this year’s section of Focus on Contemporary Comedies. 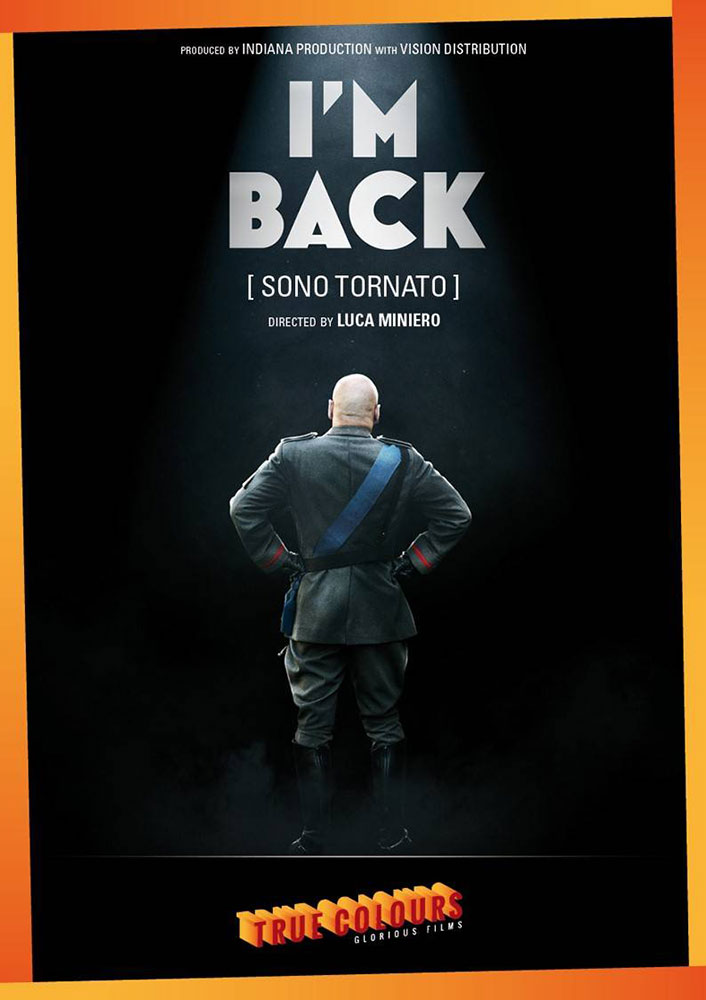 I Am Back, based on the German book and film Look Who’s Back (in which Hitler was the protagonist), imagines a world in which Benito Mussolini comes back to life and is mistaken for an impersonator. Mysteriously thrown back to earth through a Magic “Door” in Piazza Vittorio in Rome, il Duce (Massimo Popolizio) is approached by two young boys, one of African origin and the other Asian: “We are all Italians” they confide in the astonished dictator, while a girl later declares that when she grows up she’s going to be a model supported by her husband. The resurrected Mussolini is accidentally discovered by a young freelance documentary filmmaker, Andrea Canaletti (Frank Matano), who mistakes him for a brilliant impersonator and, noticing the hold he has over people, decides to take him on a nationwide tour to be broadcast on TV.

Luca Miniero was born in 1966 in Naples, Campania, Italy. He is a director and writer, known for A Neapolitan Spell (2002), Welcome to the South (2010) and Piccole cose di valore non quantificabile (1999). After graduating in Letters, Miniero moved to Milan where he started working as a director of commercial shorts. In 1998 he started collaborating with Paolo Genovese co-writing and co-directing the short film La scoperta di Walter; the duo made their feature film debut in 2002, with the critical acclaimed comedy film A Neapolitan Spell. Miniero made his solo-directing debut in 2010, directing the box office hit Welcome to the South. His new film I’m Back (Italian: Sono tornato) is a satirical comedy film about Benito Mussolini, based on the German film Look Who’s Back, in turn based on the satirical novel of the same name. The film was released in Italy on February 1, 2018 and was distributed by Vision Distribution. 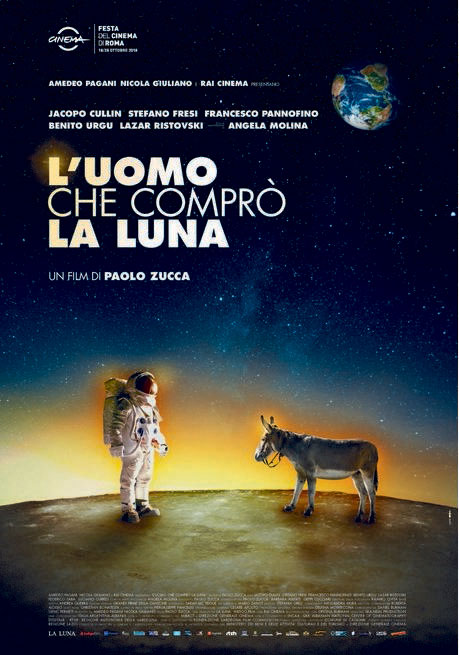 The Italian intelligence agency obtains intelligence too hard to believe: An unidentified man living in Sardinia is the real owner of the moon. The news is instantly relayed to all intelligence agencies in the world, and with each government claiming that they have the rights to the moon, they decide to dispatch a Sardinia-born secret agent into the island. Though the agent really was born in Sardinia, he has since lost all characteristics of a Sardinian, and must get private lessons to learn what it is to be a Sardinian.

Paolo Zucca was born in 1972 in Sardinia, Italy. After obtaining a degree in modern literature in Florence, was admitted to the RAI School for Film and Television Script writers. He earned a degree in directing at Cinecittà´s Academy of Film and Television, and his film thesis, the short Banana Rossa, was shortlisted for the Young Director Award at Cannes and the Foreign Press Golden Globes in Italy. He has directed many award-winning short films, documentaries and commercials. The Referee (2013) is based on Zucca´s short film by the same title, L´Arbitro, winner of the David di Donatello prize for best short in 2009 and the Special Jury Prize at the Clermont-Ferrand Short Film Festival. His latest film The Man Who Bought the Moon had its premiere at the Busan IFF.

Don’t Cry for Me England I Argentina, Uruguay, 2018

In 1806, in the mist of the British invasion of Buenos Aires, football is introduced. A merchant of the time sees in this sport a unique business opportunity and in the process awakens a passion so great that it can replace the war. Born to a poor farming family in Brittany, Bécassine finds work as a nanny with the Marquise de Grand-Air who has recently adopted a lovely baby named Loulotte. A strong bond develops between Becassine and Loulotte, and life is sweet, until the Grand-Airs are threatened with financial ruin… Can Bécassine save the day? Naïve, funny, dreamy, optimistic, loving, Bécassine is also inventive, courageous and always ready to handle any situation in her own unique way – a superheroine like no other.

Bruno Podalydès was born in 1961 in Boulogne-Billancourt, Hauts-de-Seine, France. He is an actor and director. Podalydès’s first short film Versailles Rive-Gauche won a César in 1993. He then made his first feature film, Only God Sees Me (Dieu seul me voit), a comedy which also won a César in 1999. He co-created a new opus, Freedom-Oléron (Liberté-Oléron), and went on to adapt Gaston Leroux’s police novels. His other film, Granny’s Funeral (Adieu Berthe – L’Enterrement de mémé), was selected for the 2012 Cannes Film Festival as part of the Directors’ Fortnight. Podalydès’s new film Bécassine (2018) is an adaptation of the French comic series Bécassine.