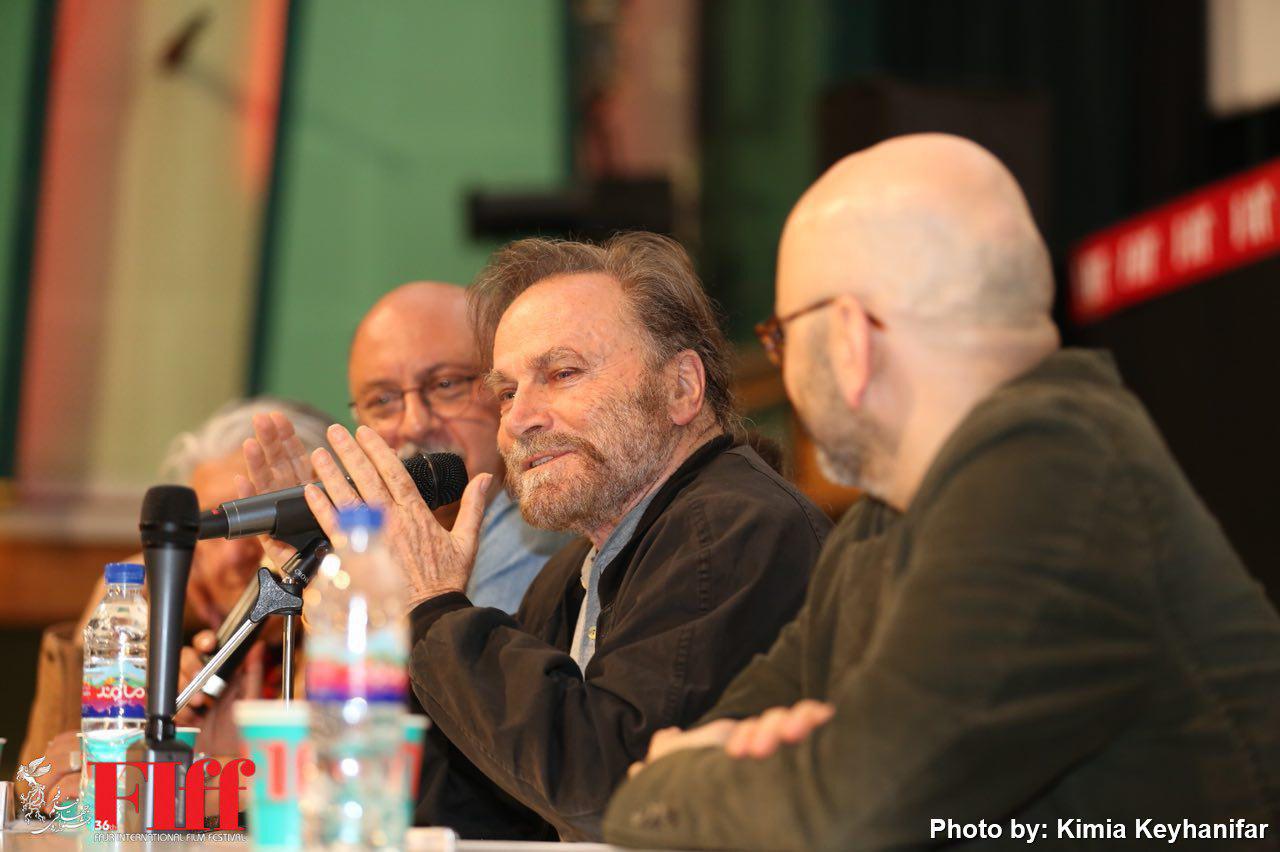 The workshop was constructed to deliver a great deal of content in a short time, and was an exceptional opportunity for a total immersion experience in one day. Students who wished to continue their studies had the opportunity to apply credit towards and transfer to a longer program at any point.

Starting the workshop, Iranian actor Reza Kianian invited Nero to come to the stage. Once on the stage, Nero said he was pleased to be attending the workshop and talked about his passion for acting.

He said: When I was a schoolboy, my teacher asked us to volunteer to act. Nobody raised his hand to come forward except me. That’s where my passion for cinema and my life as an actor truly began.

The Italian legend added: Cinema is like a big city, where different citizens live. Cinema means freedom, and there will be cinema as long as there is freedom.

Closing the workshop, Iranian actor Ali Dehkordi, who was a guest, also talked about Iranian cinema which he said was full love, philosophy, and tranquillity. He then handed Nero the Title of Lantern and the iconic statue of Paradise, a symbol of peace.

Producers, directors, critics, scholars and actors from Iran and around the world continue to represent their films, sign autographs and help in FIFF╒s filmmaking workshops as one of the biggest film festivals in the region. Among the dozens of guests on hand are Italian actor Franco Nero and American director Oliver Stone.