Franco Nero: I’m the Only Actor in the World with 30 International Roles 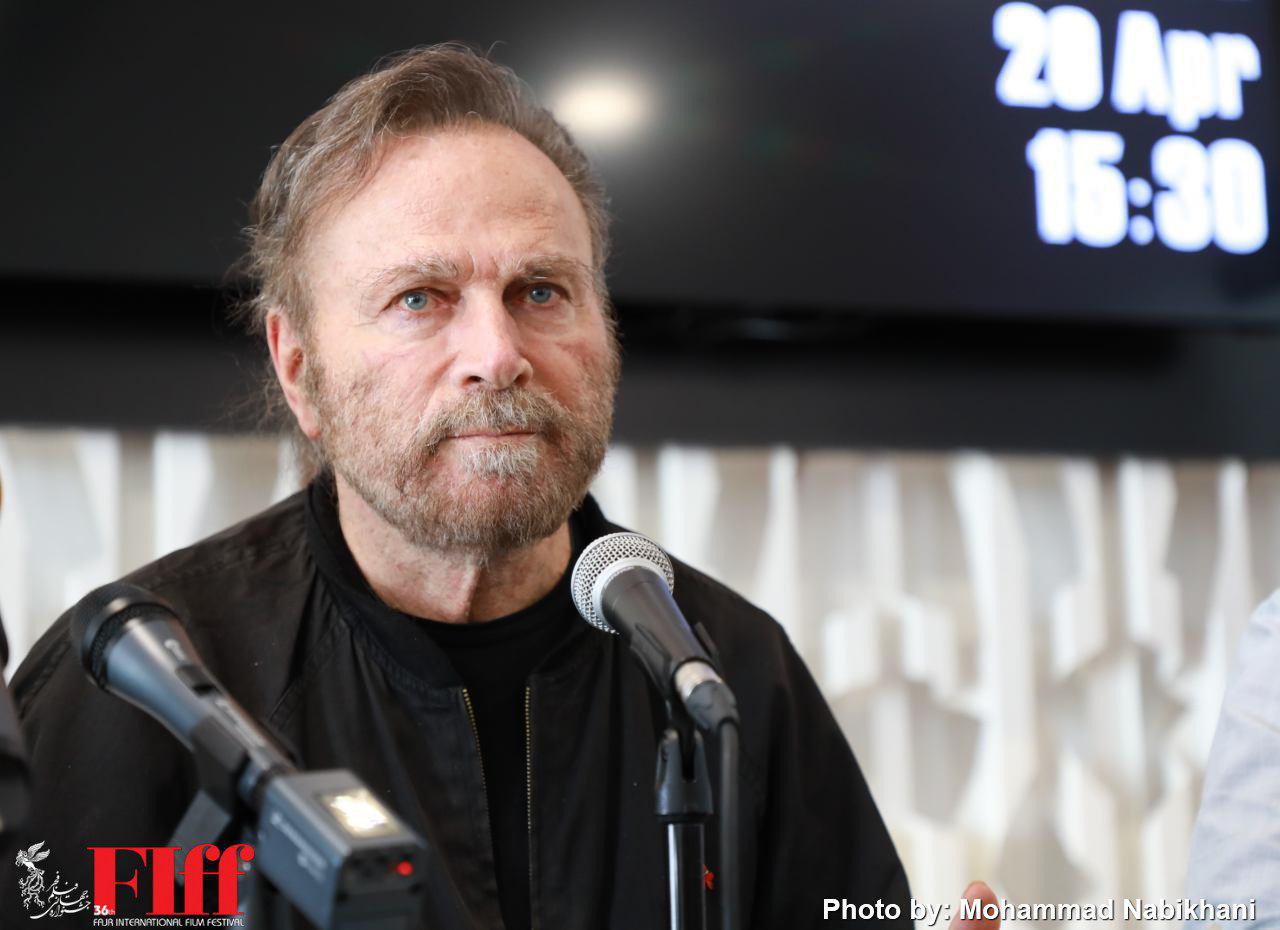 Italian actor Franco Nero, who is one the special guests of this year’s Fajr International Film Festival, had a presser with movies buffs and the media in Charsou Cineplex, the main venue of this year’s event.

The blue-eyed and well-built Italian actor in international cinema was a painting photographer when he was discovered as an actor by director John Huston. He has since appeared in more than 200 movies around the world, working with Europe’s top directors, such as Luis Buñuel, Rainer Werner Fassbinder, and many others.

At the presser, he first talked about how pleased he was to attend the festival as a special guest: I have been to over 100 countries. I always wanted to also visit Iran. At the moment, I’m working on a movie. Part of it was shot in Italy and next week we will do the rest in Cuba.

He referred to himself as an actor, director, producer, AND lucky. Lucky because he has always had a busy schedule, playing in over 200 films: It’s interesting to know that every year I play roles in more than five films, something I could never do as a young actor. Last year, I acted in four Italian, American, British and Hungarian films. I plan to direct several movies over the next ten years.

On his film Django, he said: Sean Connery played in James Bond movies and went on to act in many other films, but we all know him as James Bond. I played in many movies but it is Django that comes to everyone’s mind when they talk about my films.Elsewhere in his remarks, Nero said over the past 25 years or so he played in many movies, 90 percent of which were made outside Italy: Many countries come to me with movie offers that at times I cannot refuse. I’m a curious person, so I take some of their offers. I have acted in movies made in Sweden, Germany, Russia, Czech, former Yugoslavia, Britain, and the United States.

The Italian actor said every country has its own cinema and filmmaking culture: Once on a live TV show in the United States, the host asked me to compare the Italian and American movie industries. I said American studios have their own set of culture and creed. They want to ensure which star has more fans and which famous book can be turned into a screenplay. In 90 percent of these films they also use A-list directors. In fact, they employ directors and if there is a problem on the set, they just fire him and get another one on board. There are also extensive planning and schedules involved. They even monitor the weather.

Nero added: In Italy, we don’t do films like this. It’s different. An Italian director writes his own script and then takes it to a producer. He even acts some of the scenes to convince the producer to invest. The same producer sets his conditions though. For instance, he says the film cannot have an expensive actor or actress. There are no extensive production planning and scheduling. But miracles always happen and movies always get made in Italy.

In conclusion and to a question of who his role model is, Nero said: I acted in a film with Laurence Olivier. He gave me an excellent advice that put me where I am now in my career. He said take risks and instead of being a hero in movies, take a much more difficult path. In the long run, you will surely become famous. I took his advice, used different acting methods, and played in different roles. As a result, I’m now the only actor in the world who can say he has acted in 30 international roles and in a host of countries.