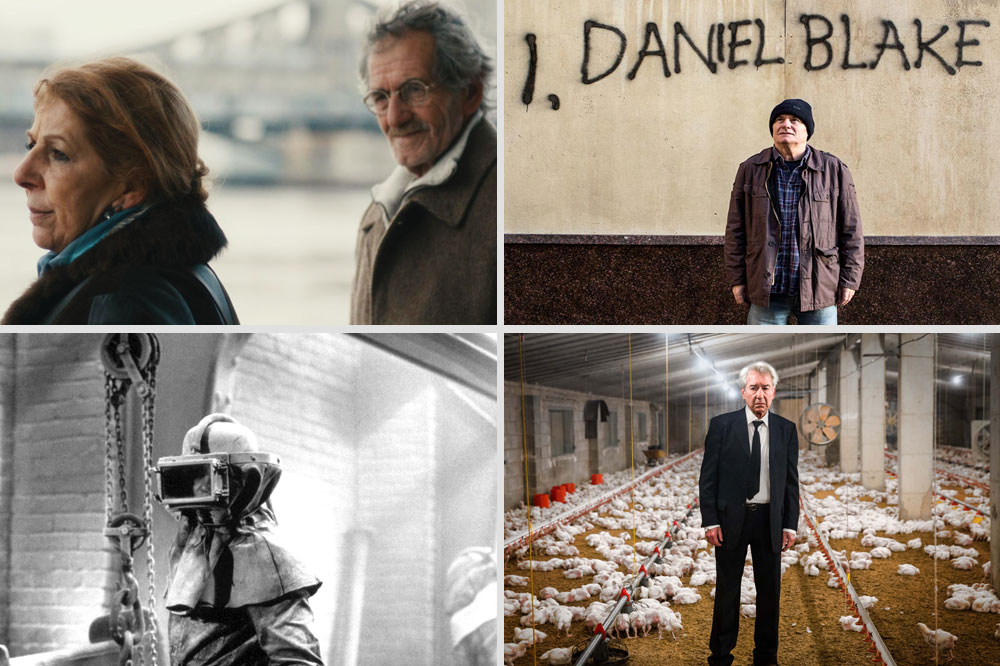 France has the highest number of screenings at this year’s edition of Fajr Festival.

According to the secretariat of the annual event, the movies enlighten the works of celebrated and emerging filmmakers and actors. France is taking part with 21 feature-length and two short movies. Here are all the titles screening:

Synopsis: At the age of 70, Rekia decides to leave her village in Kabylie to go to Paris. All by herself, she travels across the Mediterranean Sea to bring Nour, her husband, back home. From the port of Algiers to the streets of Pigalle, with nothing more than a hotel address on a piece of paper but with the help of new, unlikely friends, she finally finds Nour in the suburbs. But her hero, the war veteran, the one that has been providing for his family from abroad for the past 40 years, has become a stranger.

Director Profile: Lidia Leber Terki is a script writer and director of Algerian descent. Her first short-movie Mal de Ville received the Special Jury Award and a press special mention at the Pantin Film Festival in 1998. Building on this success, Lidia Leber Terki directed 4 other short-movies: Notre Père (2000) and Mains courantes (2001) screened at the Telluride Film Festival; La Mirador at the Pantin Film Festival, Rencontres Internationales de Dignes-les-bains and at the British Film Institute. She co-directed and produced two documentaries, le projet Sextoy / Sextoy’s Stories (2014), about the French electronic-music scene at the end of the 90s and more precisely about Delphine Palatsi, alias DJ Sextoy, who was a real pioneer but died in 2002. Paris la blanche is her first feature length film.

Synopsis: Senior Tomas’s wife (José Sacristán) passed away. His family wants to repatriate the body to Paris. So Tomás steals the corpse to be able to bury it in Quatretondeta, a small village in the region of Alicante (Spain), as his wife had wanted. But Tomás finds another problem. He can’t remember how to get to Quatretondeta and he gets lost.

Director Profile: Pol Rodriguez has always been first assistant director in films such as Yo (R. Cortés ’07), La Teta Asustada (C.Llosa ’07), Pa Negre (A. Villaronga ’12), Oliver’s Deal (B. Elliot ’14). This is his first film as director and writer.

Synopsis: Aiman, a 28-year-old correctional officer, is transferred to the territory’s top prison. He strikes up friendship with Rahim, who is the chief executioner of the prison, and one of the world’s most prolific. Can Aiman overcome his conscience and a past that haunts him to become the executioner’s apprentice.

Synopsis: In rural Afghanistan, people are storytellers who make up and tell each other tales of mystery and imagination to explain the world in which they live.

Director Profile: Shahr studied documentary in Atelier Varan Kabul, a French Workshop. Her first short fiction Vice Versa One was selected at Directors’ Fortnight in 2011. In 2013, she opened her production company Wolf Pictures in Kabul. Wolf and Sheep was developed with the Cannes Cinéfondation Residency in 2010.

Synopsis: Michel takes up picking pockets as a hobby, and is arrested almost immediately, giving him the chance to reflect on the morality of crime. After his release, his mother dies, and he rejects the support of friends Jeanne and Jacques in favor of returning to pickpocketing, because he realizes that it’s the only way he can express himself.

Synopsis: Foundry worker François (Jean Gabin) shoots and kills Valentin (Jules Berry). François then locks himself in his apartment. He is soon besieged by the police, who fail in an attempt to shoot their way into the room. As they regroup to decide how to apprehend him, François begins to reminisce on how he came to be in this predicament.

Synopsis: Japanese warlord Hidetori Ichimonji decides the time has come to retire and divide his fiefdom among his three sons. His eldest and middle sons – Taro and Jiro – agree with his decision and promise to support him for his remaining days. The youngest son Saburo disagrees with all of them arguing that there is little likelihood the three brothers will remain united. Insulted by his son’s brashness, the warlord banishes Saburo.

Synopsis: The director delves into the daily life of the Parisian cinema school, la Fémis, where a specific Republican ideal of excellence is practiced and entry into which can be summed up as follows. “Everyone’s equal, but only the best get in.” Through the admission process, the hard work all year and the graduation exams, the film will establish a portrait of our relationship to excellence in the art world and of one of the most prestigious art schools in France. A place of culture where generations intermingle.

Synopsis : Kurosawa’s Way is a documentary that is intercut with Catherine Cadou’s narration on her own experiences with Kurosawa, and interviews with various directors and archival photographs. The directors’ interviews focus on both philosophical and technical observations of Kurosawa’s films.

Synopsis : Filmmaker Terrence Malick examines the origins of the universe, the birth of stars and galaxies, the beginning of life on Earth, and the evolution of diverse species.

Synopsis: Irène Frachon, a doctor who lives in the Breton town of Brest, dares to stand up to the French health and pharmaceutical industry, helping to uncover the media scandal surrounding the commercialization of a controversial medicine whose side effects have caused the death of hundreds of people.

The Confessions (2016) – Festival of Festivals

Synopsis: A G8 meeting is being held at a luxury hotel on the German coast. The world’s most powerful economists are gathered to enact important provisions that will deeply influence the world economy. One of the guests is a mysterious Italian monk, invited by Daniel Rochè, the director of the International Monetary Fund. He wants the monk to receive his confession, that night, in secret. The next morning, Rochè is found dead.

Synopsis: The earth has stopped spinning and days have stopped passing by. One toxic, dense fog covers the forest immersed in eternal twilight. Argel has spent his life, with his two siblings, locked inside the basement of an old cabin. They believe that a wild beast wanders in the forests. When his older brother mysteriously disappears, Argel undertakes a quest which will cause him to break the order and the rules with which he has grown up. Little by little he will discover the darkest secrets and mysteries that both his father and the forest hide.

Director Profile: Born in 1983, Mexico City, Daniel Castro Zimbrón is a Mexican filmmaker. His debut feature Tau (2012) was in Competition at the Warsaw International Film Festival. The Darkness is the second part of a thematic Trilogy of Light that includes Tau and his third feature Sombra. The film was invited to several co-production forums, including the L’Atelier in Cannes in 2014.

Synopsis: Daniel Blake (Dave Johns) is a 59-year-old widowed carpenter who must rely on welfare after a recent heart attack leaves him unable to work. Despite his doctor’s diagnosis, British authorities deny Blake’s benefits and tell him to return to his job. As Daniel navigates his way through an agonizing appeal process, he begins to develop a strong bond with a destitute, single mother (Hayley Squires) who’s struggling to take care of her two children.

Synopsis: Romeo Aldea (49), a physician living in a small mountain town in Transylvania, has raised his daughter Eliza with the idea that once she turns 18, she will leave to study and live abroad. His plan is close to succeeding – Eliza has won a scholarship to study psychology in the UK. She just has to pass her final exams – a formality for such a good student. On the day before her first written exam, Eliza is assaulted in an attack that could jeopardize her entire future. Now Romeo has to make a decision.

Synopsis: Jenny, a talented doctor, refuses to open the door of her practice to a mysterious late-night caller. The next morning, she learns that the caller was a girl who has been found dead, and the police have no way of identifying her. Shocked and guilt-stricken by the news, Jenny resolves to discover the name of the girl so she will not be buried anonymously and to ensure she doesn’t disappear as if she had never lived.

Synopsis: An aging hotel becomes an ideological powder keg during centennial commemorations for the outbreak of the First World War.

Synopsis: A German woman (Paula Beer) grieving the death of her lover in World War I is shocked when his grave is visited by a Frenchman (Pierre Niney), who claims he was friends with her beloved before the war. The two bond over their shared connection, but when he returns to France, she decides to follow him in order to understand who he really is.

Synopsis: Two ecologists are sent to South America as part of a U.N. investigation into an ecological disaster. They are quickly kidnapped by the villainous CEO of a large company held responsible for the ecological disaster. But when a supervolcano nearby begins to show signs of erupting, they must unite to avoid a disaster.

Synopsis: An old woman lives alone in a big house surrounded by forest. Being observed by unknown people, she is going to have to make the most difficult decision of her life.

Synopsis: Fatma and her mother are Kurdish refugees in Italy. On their visit to the doctor, she has to translate what the doctor tells to her mother but she keeps silent.