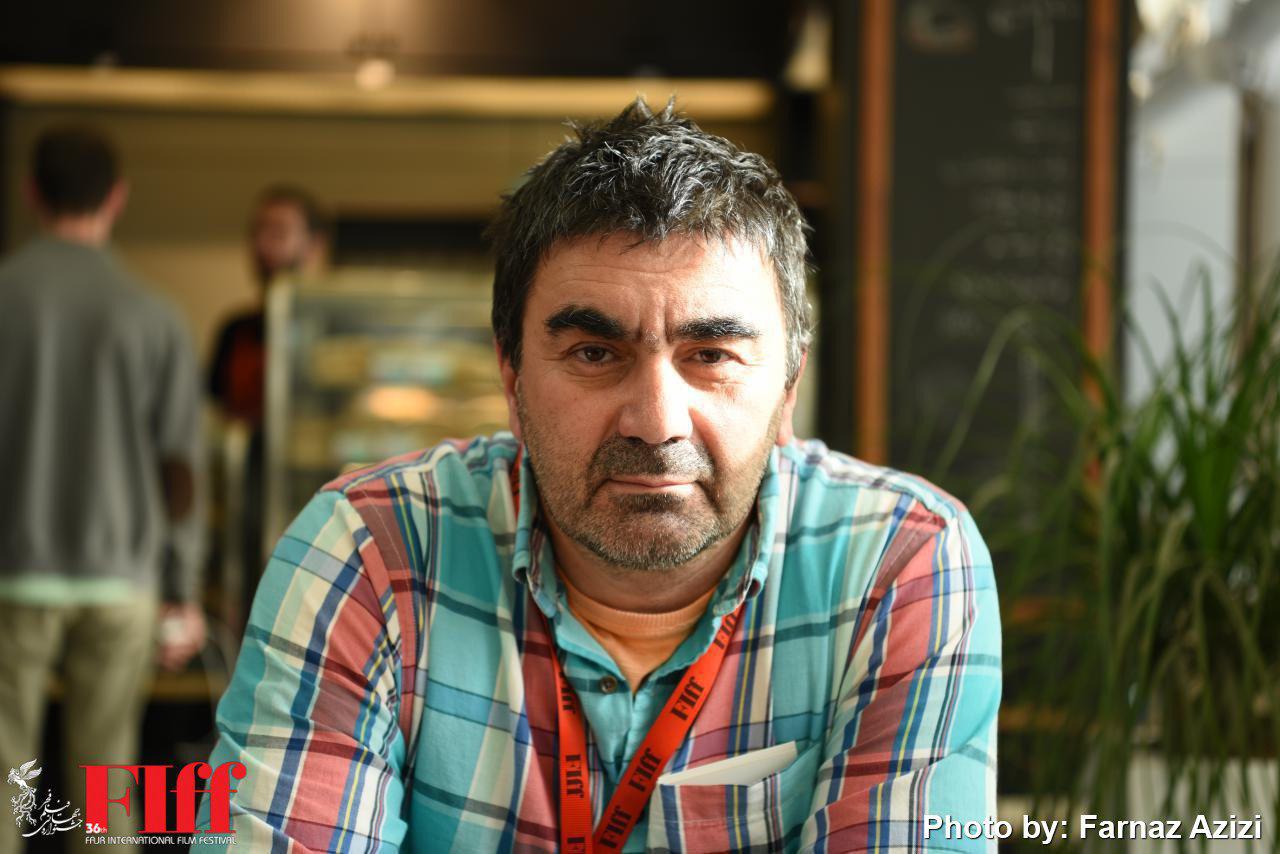 George Ovashvili (1963, Georgia) graduated from the Georgian State Institute of Cinema and Theater (1996) and New York Film Academy filmmaking course at Universal Studios in Hollywood (2006). He is a director of both dramas and documentaries that he often produces. He has made a number of memorable shorts: Eye Level received an award at the Berlinale and the fest in Odense, both 2005.

In 2009 KVIFF’s East of the West Competition presented his feature debut The Other Bank (2008); the film won almost 50 awards and was nominated for European Discovery of the Year by the European Film Academy and Georgian entry for Academy Awards 2009. His second picture Corn Island (2014) took the Crystal Globe for Best Film at KVIFF and was shortlisted for the Best Foreign language film Academy Award.

Ovashvili attended the 36th international Fajr Film Festival for screening of his last feature film Khibula in Eastern Vista, A Retrospective of Georgian Cinema. Khibula tells the story of the president of a newly independent country after being deposed in a coup who flees to mountains with a group of supporters certain that he will return to lead his people:

Is this your first time in FIFF?

It’s my fifth visit to Tehran and second time in Fajr. First, I was invited here as a jury member and this year I came to present my last film Khibula.

Do you see anything new this year?

The festival really changed a lot since the last time I was here. Now I can see it’s very well organized. Fajr is a progressive festival and I have the feeling that it has a bright future.

Have you seen any movies screened?

I’ve seen a few. It was interesting to watch them. They programmed the sections very well with interesting movies from different genres.

Any comparison between Georgian cinema and Iran?

First of all, we are neighbours and historically connected. The history of our cultures somehow in many different points are similar and even we have kind of similar characters and physiology. I feel at home here. But in cinema, Iran and Georgia have different backgrounds. About the similarity, I can say our works mostly focus on human issues.

Is Iranian cinema popular in Georgia?

There are lots of cinema goers who are big fans of Iranian movies and know it very well. You have many famous names, also we know some of your younger filmmakers. I can say that Georgian people love Iranian cinema and watch your films.

Your film was shortlisted for the Best Foreign Language Film at the Oscars, any impact on your career?

Two of my films were shortlisted for the Oscars. I always try not to get carried away with this. When I complete a movie project, I just want out. I didn’t go to the Oscars to promote my movies. I didn’t care they were there at the Oscars.