Giovanni Spagnoletti: A Good Film Is a Cultural Ambassador 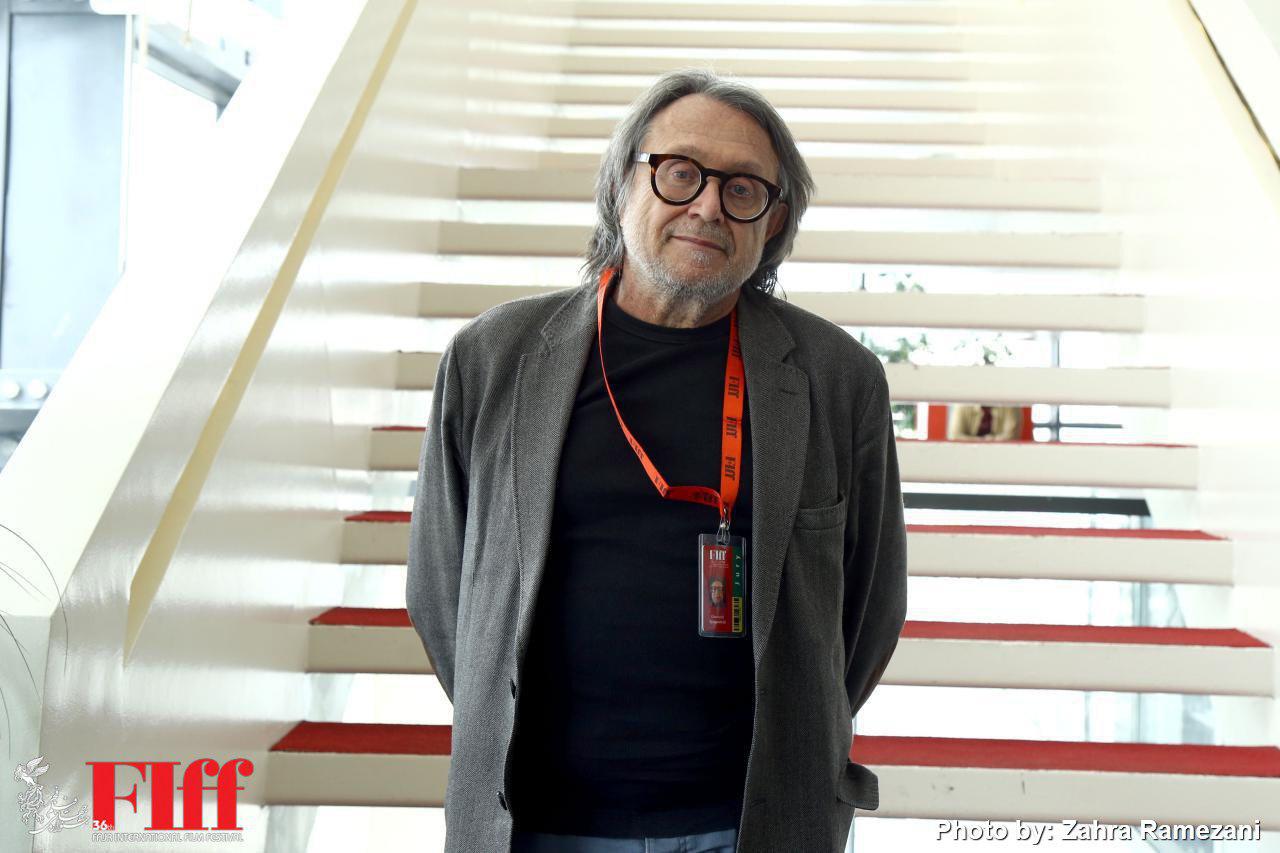 Giovanni Spagnoletti is a jury member in the International Competition section of this year’s FIFF.

Born in Milan, 1949, Giovanni Spagnoletti studied in Rome and at the Freie Universität in Berlin, and received a degree in German studies at the Roman University La Sapienza with the maximum grade.

Being an expert in relationship between literature and cinema, he has worked in the fields of Italian, German and International cinema and is responsible for numerous books and essays pertaining to them (about 50). Furthermore, he edited two series of cinema books and contributed several articles for magazines and cinema reviews like Bianco & Nero, Cineforum, Segno Cinema, Movie, Il Manifesto, Il Mattino, Rinascita, Süddeutsche Zeitung (Munich), Frankfurter Rundschau (Frankfurt/Main) and RAI 3 radio.

For German TV, he co-directed a documentary on Bernardo Bertolucci, From Parma to Peking (1989). He was a consultant for many Italian (Salsomaggiore, Taormina, Turin, and Venice) and German film festivals (Berlin Forum, Munich). From 2000 to 2015, he was the Artistic Director of the Pesaro Film Festival (Mostra Internazionale Del Nuovo Cinema di Pesaro); 2006-2015, he was chairman of the Associazione Italiana Festival di Cinema (Afic).

Since 1997, he has been the editor of the cinema review Close Up (30 issues until 2011), and since 1998, of the web magazine Close-Up. He is a member of the Scientific Board of the association Fondo Pier Paolo Pasolini (Bologna) and of the Scuola di Cinema Gian Maria Volonté (Rome).

In an exclusive interview with the Press Office of Fajr, Spagnoletti talked about Iranian cinema and films of Sohrab Shahid Saless, Amir Naderi, Abbas Kiarostami and Asghar Farhadi. In addition, about his excitement to watch more and more Iranian films and his expectations from Fajr.

This is your first arrival in Iran and FIFF?

Yes… and I’m very surprised. Before this, I saw Iran only through the Iranian cinema, with films of Abbas Kiarostami, a big director that I like his films. I’m honored to be here as a member of International Competition jury.

What did you hear about the festival that interested you?

After the war between Iran and Iraq, for the first time, I saw Iranian films as a critic in Italian festivals that focused on your cinema. I was very surprised and interested in your cinema because Iranian films were totally unknown. We only knew a big masterpiece of Sohrab Shahid Saless named Resurrection (1969) that was my first Iranian film. Then I watched Still Life (1974) and some others by Shahid Saless, The Runner (Amir Naderi, 1985) and so on. After those films, we tried to watch as many as Iranian films that we could find in festivals or cine club programs. Eventually, the New Wave of Iranian films arrived in Europe, with works of Abbas Kiarostami and etc. But for me, I always was interested to know your country not only the images of it on silver screen.

Tell us about your film review career?

I’m a professor of cinema at university and former director of different festivals and also a film critic. I have a magazine named Close-Up, like the film of Kiarostami, which is one of my favorite films.

Yes, that is a favorite one for us and of course the world of cinema; it has even a good copy in The Criterion Collection.

The film has an incredible idea that is, all the people could make the cinema.

What’s your expectation of Fajr festival?

I have great expectation because I see the program and for me, it is very interesting. So the selection is unusual and I think the festival could be a high-level event. But I can say my ultimate opinion after the end of the festival.

For sure. Any favourite films so far?

There are small but interesting films in Retrospective of Georgian Cinema section and a very unusual Retrospective of Italian Cinema, which has a very good idea because it shows another aspect of the Italian industry. In the past, we had Italian comedy and melodrama films of the great directors, and now we have a few filmmakers with unusual ideas.

Iranian audiences are very familiar with Italian cinema, especially melodrama and comedy films that were regular programs on our TV in the 1980’s.

There are very similar ideas in the neorealism and Iranian cinema, with the same tendencies, situations and themes of war and misery, and a poetic approach to understanding reality. Then, we are brother in this case.

When was your last festival attendance?

2018 Berlin International Film Festival. As a critic… I was invited because I worked with the festival for 20 years, in relation to choosing Italian films for them.

You’re an expert in relations between the literature and the cinema. What’s your opinion on this matter in Iranian cinema?

Unfortunately, I don’t know Iranian literature well enough. But the idea of poetic transferring of reality is very important and at the center of Iranian cinema. In this case, you can say there is a relationship between the poetry and the cinema. And you can name very important filmmakers like Abbas Kiarostami and Asghar Farhadi.

Did you watch The Salesman? It is kind of an adaptation of Arthur Miller’s play Death of a Salesman. What about this film?

In The Salesman, the theater is in the cinema. In fact, it’s all trick and two stories are alike but their relationship is a little different and of course, with native characters in both works, which is important. Furthermore, the creative idea is not to take a piece and to translate it in cinema but to use the idea of theater and literature to make a new medium, cinema, and a new language. I think this is a good example of the creative art of adaptation.

This is the fourth edition of FIFF that is being held separately from the national version. What’s your advice for us to have a bigger festival?

Curiosity and the will for going forward. But your best credit is to make very good films, and this is an international rule for everyone. Actually, a good film is an ambassador for your culture and country, and even for you and your ideas.

And how do you see a festival like Fiff in general?

The festival is a fest and the people could enjoy the movies. I know many young people enjoy the cinema in Iran and they will make the cinema. This situation is ideal for me.