God Does not Play Dice With the Universe! \ Behnaz Jafari Review of “The Laplace’s Demon” 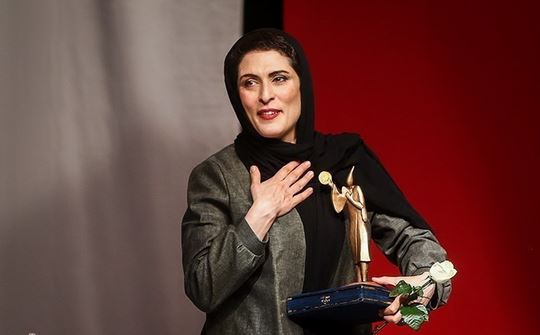 Choice or fate? (Maybe) that is the question! A philosophical question that humanity has tried to answer since the beginning of time, with many thinkers acknowledging the efforts in vain. A question that is rooted not only in philosophy but also in religion, mysticism, and science.

None of us want to be pawns on a chess board! But we are all trapped in this great palace (the world) and all of our effort to escape fate (Laplace’s Demon) are for not. Laplace ’s Demon is always a step ahead of us and will inevitability swallow us whole! This could be the core concept of “The Laplace’s Demon”, a delicate film reminiscent of great Italian Noir films and in keeping with Laplace’s theories confronts an audience hoping to escape destiny with the bitter truth.

The story begins with a complex question! A team of scientists attempts to create a scientific model of a glass shattering, and determine how many pieces it will shatter in to! The scientists are aboard a boat heading towards a mysterious island. An island owned famed scientific genius: Cornelius. As they enter his house they find it empty and them its only inhabitants. The professor welcomes them through a recorded video and informs them that they themselves are part of a scientific experiment. A game that the professor has designed to test his own theory.

The bemused guests try to make sense of the game and in doing so begin to disappear one by one. The professor has predicated his guests every move; even their every word. He has fashioned a chess set to show the moves of his guests, a set with six pawns and one queen. The pawns move in exact accordance with the movement of the guests and are attacked by the queen. This ingenious design (forming a film within a film), very cleverly adds layers of fear and confusion to the film.

The creative combinations of shadows and harsh noir lighting (similar to Italian noir films) gives the film a slow, unnatural pace. The over the top exaggerated acting of the cast (again similar to Italian noir) transforms the film’s characters into one-dimensional portraits who are not inevitably predictable. Their anger perfectly shows their frustration with the philosophical debates on choice and destiny and to save their lives they must escape the game. A debate that has challenged scientists and philosophers for years, as Einstein addressed those who believe in freedom of choice and in defence of Dave Laplace proclaims: ”God does not play dice with the universe!”