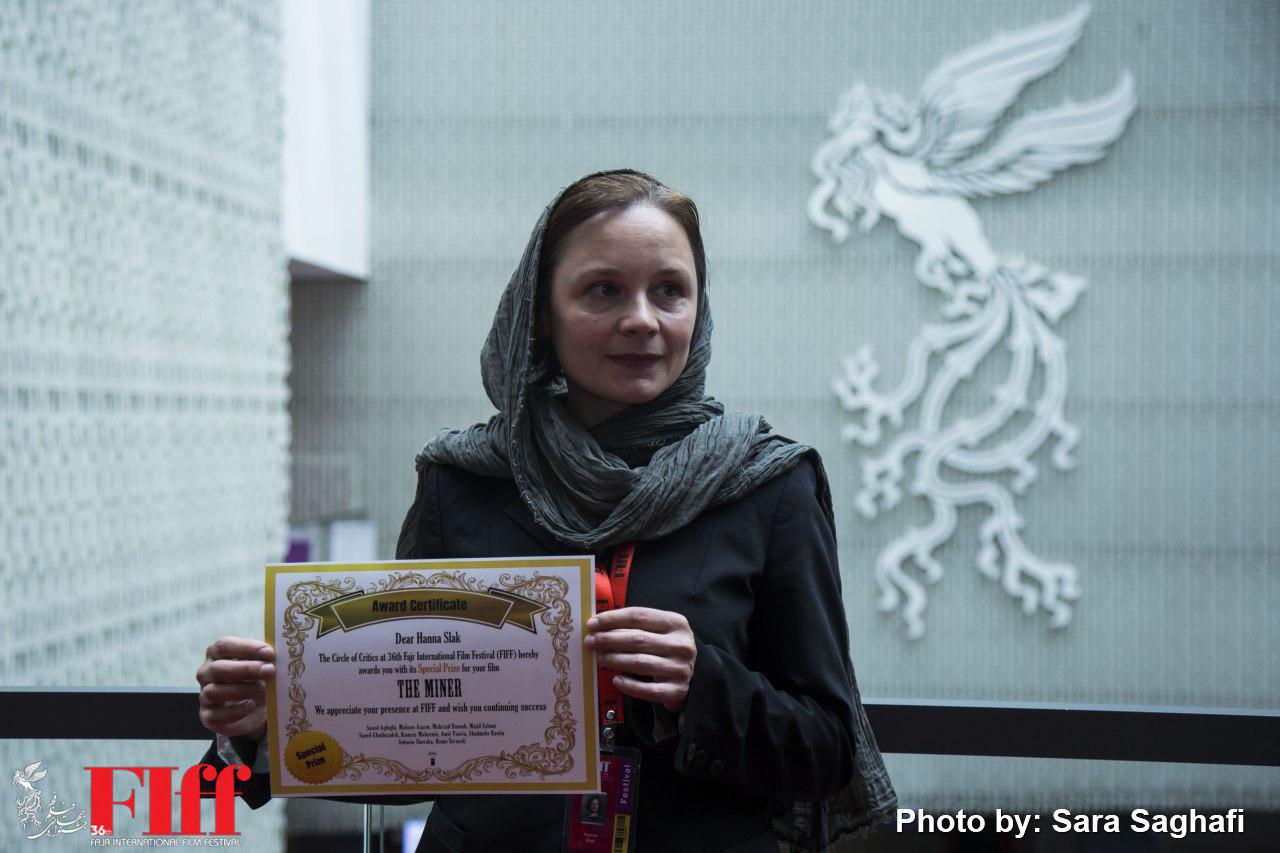 Hanna Slak is a Slovenian film director, multimedia artist and writer. She has written and directed feature films (Blind Spot, 2001; Teah, 2007; Rudar, 2017), as well as documentary films and experimental shorts. She also creates video installations and video design for the stage. Her films were screened at Cannes, Berlinale, Rotterdam, Locarno, and others. Her 3rd feature film Rudar was the Slovenian entry for the 2018 Best Foreign Language at Academy Awards.

She was awarded the honorary diploma of 2018 Critics’ Choice Awards of 36th Fajr Film Festival for her last film Miner, which competed in Cinema Salvation (International Competition) section.

In an exclusive interview with the Press Office of Fajr, she talked about the main challenges a female filmmaker has to face in order to make it big in the film industry.

How is it to be a female filmmaker in Slovenia?

In Slovenia, as a female filmmaker you don’t feel different from your male colleagues. But this is not true when we look at the numbers. We can see that there is a difference. This year for the first time we did a research about gender quantity in our film industry and when we looked at the numbers we found out only 9 percent of feature films in the last 25 years were directed by women. Not only in my country but in all Europe women get lower budgets. Short and documentaries are easier to make but still we are underrepresented when it comes to bigger projects and feature films. I think in general women have many things to say and do in any country, not only in Iran or my country but everywhere in the world. Our work is not finished. We have to work for more equality in the industry.

You have worked with different companies, which one satisfies you the most?

Your third feature Rudar was the Slovenian entry for the 2018 Foreign Language Film at the Academy Awards. How was the experience?

That was a very interesting experience, a huge thing. First of all, it was an amazing experience to be able to travel to LA to present my film to members of the Academy. It was an amazing level of understanding of the film language and so on. I felt so honoured and happy to speak with those amazing filmmakers about my film because of their level of understanding of the craft. On the other hand, I knew that I’m from very small country which is not very well-connected and does not have huge amounts of money to put into a film. I knew that we have very little chance but this is like sport championships you go and you do the best you can. And I think every time there is a film from my little country Slovenia that’s well-made, it opens a little more possibility for the next film.

Iran is a very big country and has a big film industry. You are supported by the government. It’s not the same in Slovenia. Our government doesn’t care so much about cinema. They don’t recognize it something important for our country. Filmmakers are left to their own devices. But we take risk and manage to pull things off.

Any advice for newcomers?

Usually I would say to my students try these two things always. Shoot first, think later. Think first, shoot later. So do both. Do things that are improvised and things that are premeditated, planned and thoughtful. Do both. Then you will learn to combine these things.

What do you think about the festival?

I feel much honoured to be invited here as guest. There is a high level of understanding of films in Iran which supports filmmakers and it’s wonderful to exchange opinions with Iranian filmmakers. I think we all share very similar challenges like how to talk about things that we are not supposed to talk about. Everybody understands our message and everybody wants to listen to us. We face similar challenges.