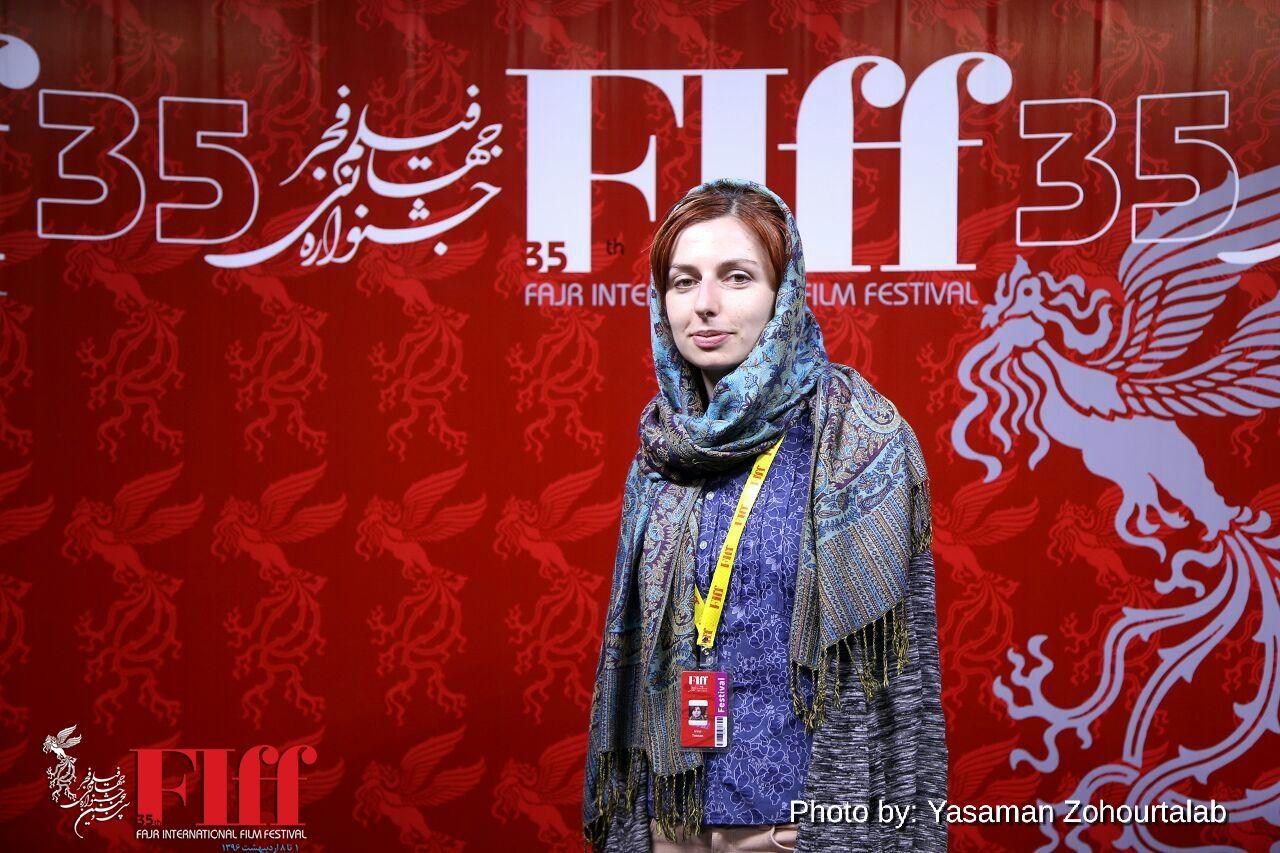 Irina Trocan is a Romanian writer and short film programmer for the NexT Film Festival in Bucharest, At the 2015 edition of Semaine de la Critique in Cannes, she was in the editorial team, contributing to RelaxNews and 20minutes. Since 2015, she is working on a PhD thesis on video essays at the National University of Film and Drama in Bucharest, where she also works as a teaching assistant in the Film Studies department.

I am a film critic. I was here to watch the film and get some feedback. I used to work as a short film programmer, because one of my friends has a short film festival. My main curiosity was to see how much the Iranian cinema as a whole has improved. As you can see in an Iranian festival compared to what you see from the outside which is a lot of Abbas Kiarostami and a lot of emphasis on Jafar Panahi, that I think is suffering a great injustice. I feel that you get a different view from Iranian and Romanian cinema if you are in the country or outside the country and watching movies through the selection of a festival. So that was my main curiosity to come here and watch your films.

What about your writing career?

I am a freelancer. I coordinate an online magazine in Romania which is called Glass Roof, which basically is a magazine that publishes film reviews.

Have you written anything on Iranian cinema?

I have but mostly they’re short things. There was this festival called Les Films de Cannes à Bucarest which is a venue for projecting recent Cannes festival winners and general selections, but because Kiarostami passed away they had a commemoration for him that had a number of films among which was Under the Olive Tree.

And you know that’s why I say a lot is lost in translation because everyone knows about Kiarostami and maybe they have seen his last film, but they don’t have a sense of his career, and you sort of have to have a special interest and take some time away and do your best to find his films because they are not screening in the normal theatrical way for a long time now. For instance, I had to review Under the Olive Tree but that film makes no sense unless you know Where is the Friends Home? And it goes on, because if you just watch it you may enjoy it, but you cannot know why people make such a big deal out of it.