Icelandic Director Fridriksson: We Know Iranians from Their Films 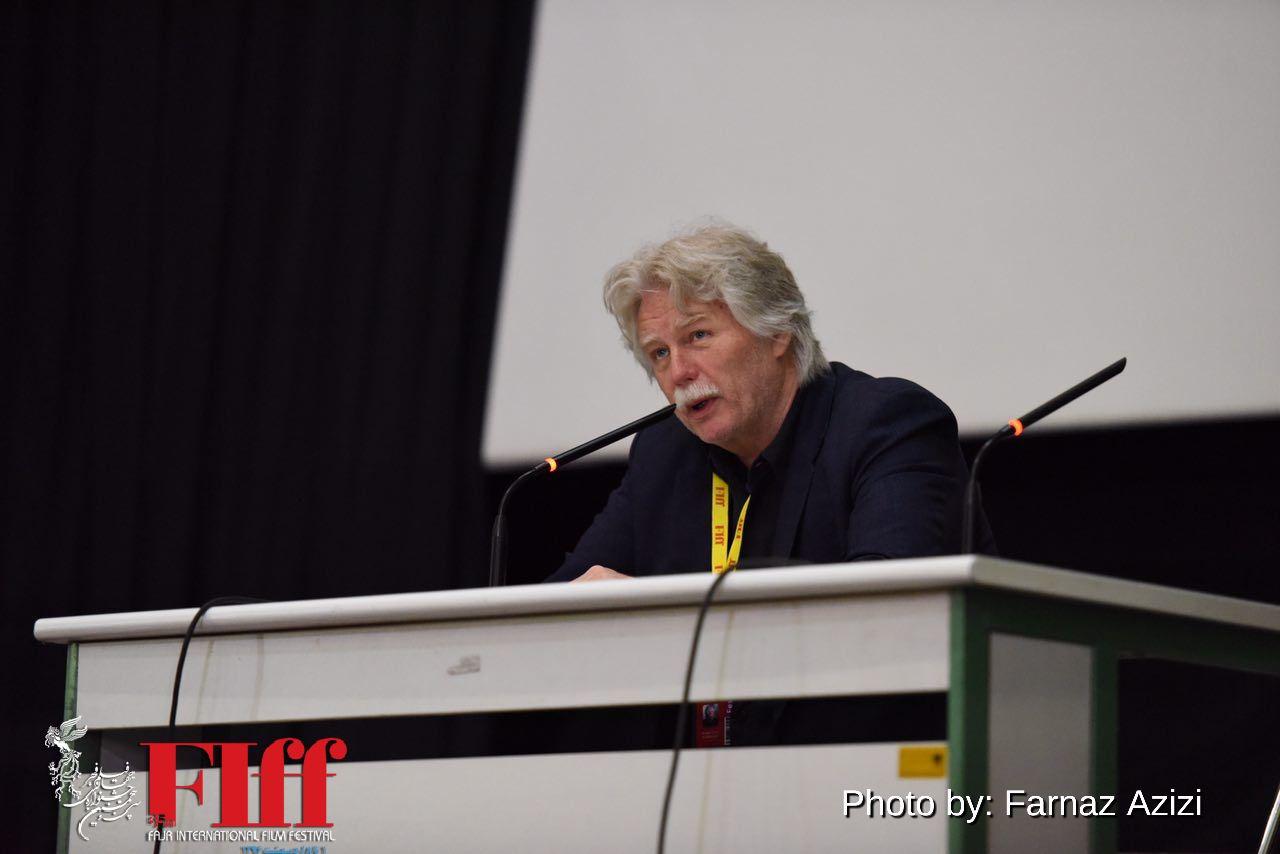 Addressing the film community, he said this was the second time that he was visiting Iran. “I came to like Tehran during my first visit. I started making films at an early age. My first task was to task care of a cinema house. I turned it into a film society and soon we had 2,500 club members. We used to show feature movies from Britain, Iceland and even Iran. The Cow by Dariush Mehrjouei was the first Iranian film we watched.”

He added, “Film screening helped me buy my first editing equipment. We then bought a camera and let the club members use it to make films. I also started making my first documentaries.”

He went on to argue that Iran wasn’t bombed because it had cinema. “But they bombed Afghanistan and Iraq because they didn’t have cinema. We know you from the movies of Abbas Kiarostami and other renowned directors. They helped us to learn more about Iranian culture. That’s why some Western governments have been unable to win public support to wage war against Iran. National cinema can help build national identity, and this is crucial. I hope this will also happen to Iceland.”

Fajr International Film Festival is becoming one the finest film festivals in the Middle East, with primary goals of innovation, networking on an international scale, and dialogue with the film community and current affairs. The goal of the ongoing workshops is to train young filmmakers, spot new talents, and activate the imagination and creativity of the younger generations.