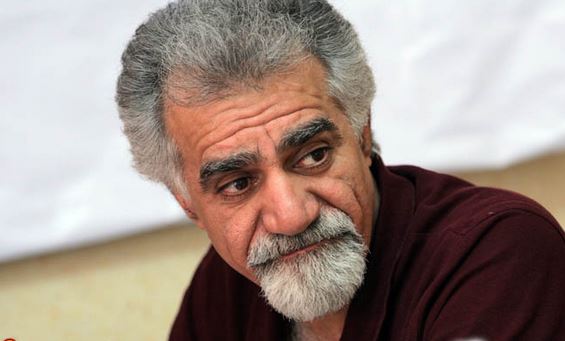 A woman on the verge of middle age looks at herself in the mirror; curly black hair, black eyes and a somewhat dark skin. Her name is Elin and she lives in the Netherlands; yet she doesn’t recognize her roots in this name and this land. As an infant she was abandoned in the shrine of Imam Reza and given the name “Farideh” in an orphanage. Now, in front of the mirror, we see Elin and sad Farideh side by side: “Mother, why did you leave me?”

A few years ago, Mohammad Jafari made the fantastic film, “Christian”. Christian, or “Nayereh”, had the same destiny as Farideh. A Swedish family adopted Nayereh. She was born in 1337 and Farideh in 1355. Both of them come to Iran to find their family at the age of 40. Jafari told me once: “In 1378, when I made the movie, there was an old and big notebook in social works department, filled with names of children who had been abandoned in the 1330’s and 40’s (about 1950’s and 60’s). For every child, there was a one- line explanation; where they were found, what they were wearing, and what they had on them. The past of a person reduced to one line.”

The main themes of “Looking for Farideh” are identity and abandonment.  Aside from Farideh, the families who think of Farideh as their long-lost child are quite interesting. The result of the DNA test will take a month. During this time, Farideh in turn becomes “Aghdas”, daughter of Ali-Akbar who holds his lost girl close in his arm; then Fatemeh, daughter of a rural old woman; and Zahra, whose sisters cry by her side over the death of their mother. Farideh embodies the hope of people who – for forty years – have looked at faces of children, of young girls, and now of forty-year-old women, hoping she might be Aghdas, Zahra or Fatemeh. Looking for that one-line note in the notebook at social works.