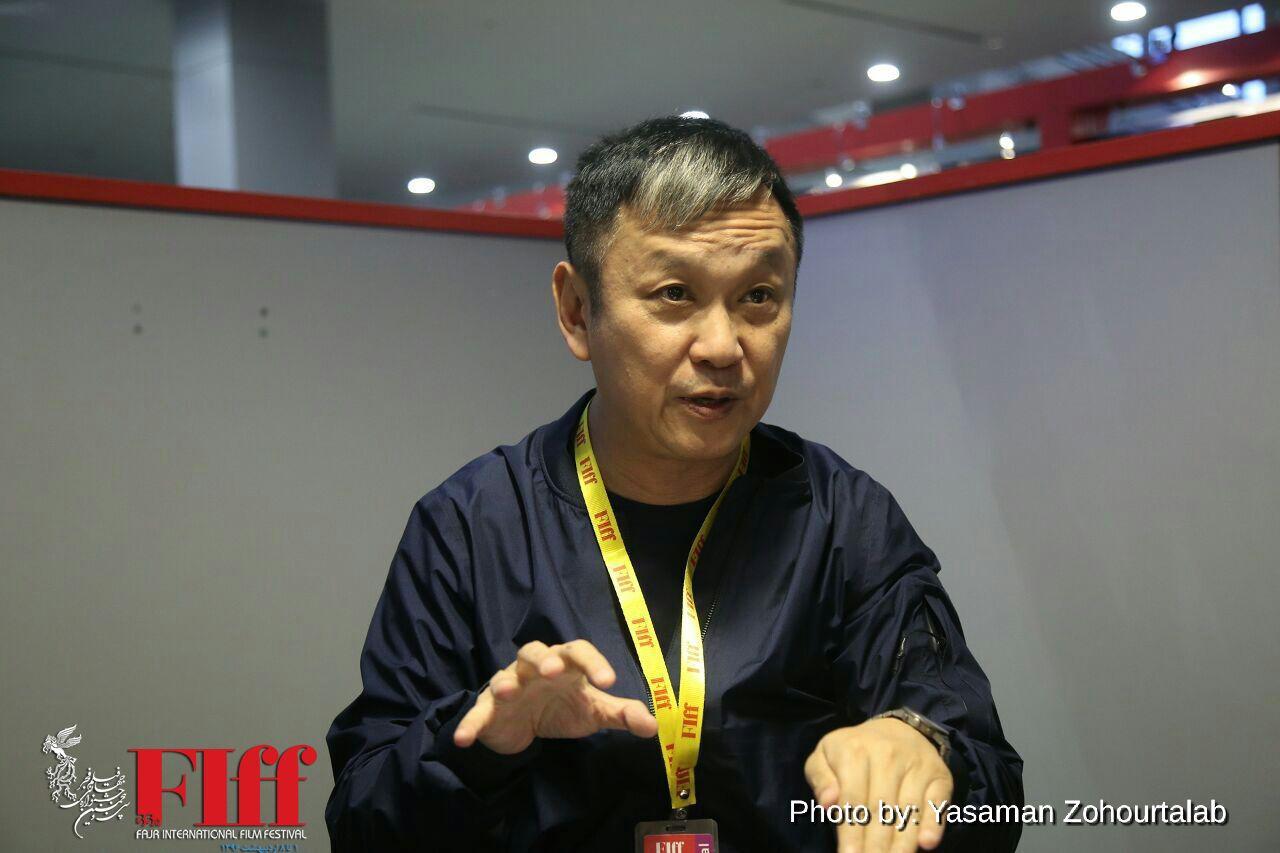 Teddy Chan is a Hong Kong film director, producer, writer and actor. He has held an action film workshop for international students on the sidelines of this year’s Fajr. He tells us more in the following.

Your third movie hit the high mark in Hong Kong. How was it?

It was my third movie named Twenty Something (1994). The story is about bunch of peoples in their twenties. They don’t think about the future. They live at nights, not very good. They have not got much money and they don’t think they have a future.  But I didn’t say yes or no, good or bad to them. I said this is your choice. You have a life like this, you can carry on. I’m not your parents to give advice. I’m the director. But I should show something not very good that happens to you. So I think this film was quite entertaining. But I did lots of research and interview about the night life in Hong Kong.

You have a film with Jackie Chan named Accidental Spy (2001). How did it happen?

When I was 18 and he was 23 I was his first personal assistant. So our relationship started at that time and continued.

Hong Kong has many A-list directors. You do action movies. What is your take on this particular genre?

It’s something about Chinese Kung Fu and ancient warriors. They want to fight each other to show who is number one and who is good too. It’s a man-to-man movie. There is love and hate in between too. They don’t make this kind of movies in the West. So they ask us to make for them. John Woo goes to Hollywood. Many Chinese people go to Hollywood, like Ang Lee and Jackie Chan. They love Kung Fu movies but they don’t know how to make them in Hollywood. That’s why we do it for them.

It doesn’t matter what kind of genre it is. When I start I tell myself I can make the movie if the story can also happen in Africa or in the US. It should happen anywhere in the world. But it should be drama and it should touch audiences all over the world.

Hong Kong Film Festival is huge. Are you working with them in any way?

Sometimes I’m in a committee that they want to fund and choose first-time directors. I also read scripts. Hong Kong is a bridge that links China to the whole world. Our first movie came out some 100 years ago.

How many movies are produced each year?

I want to do co-productions with Iran.

Have you seen any Iranian movies?

I have seen A Separation. I liked it.