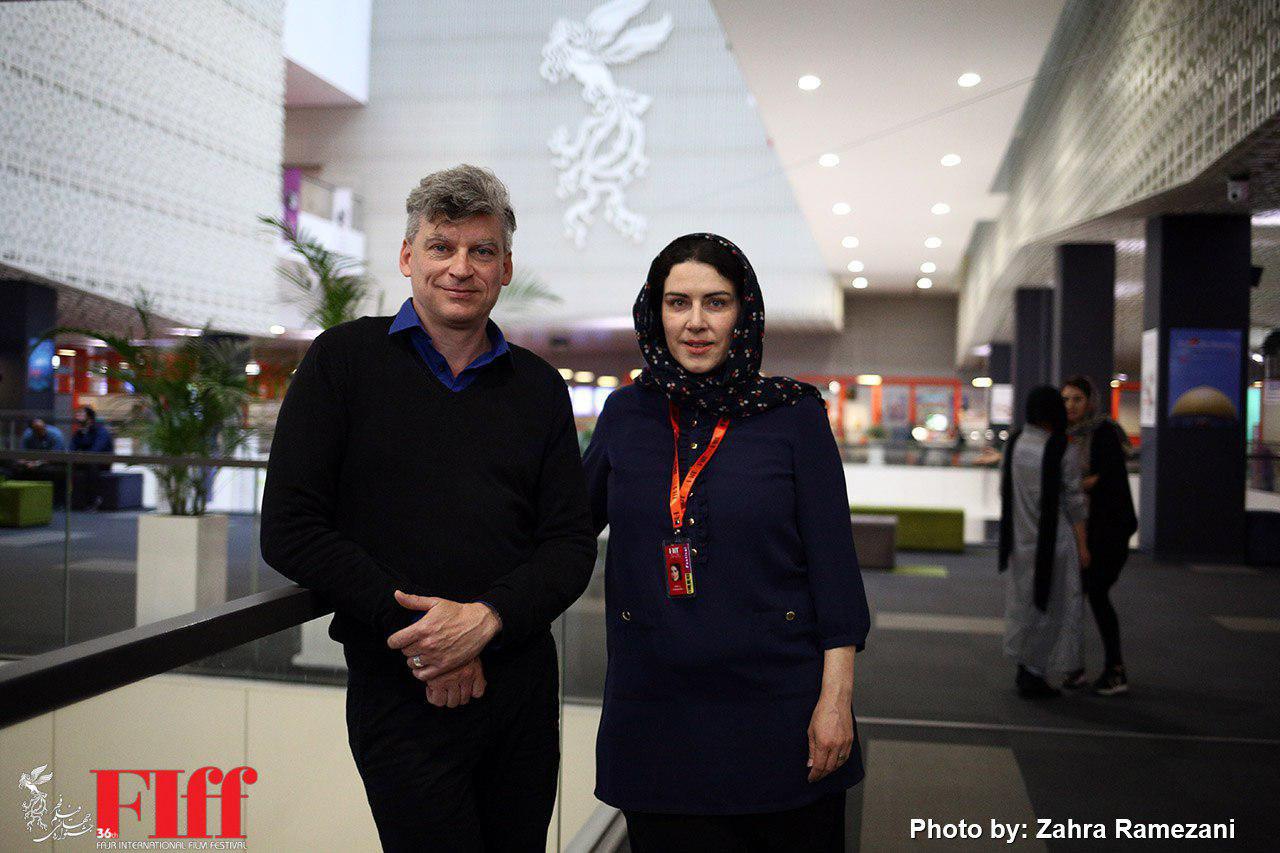 Alexander Stein, the CEO of the International Short Film Festival Berlin (Interfilm), and Andrea Schwemmer, a senior programmer at Interfilm and the head of the Short film section of the Arab Film Festival in San Francisco were among the special guests of this year’s Fajr Filmfest.

The Press Office of Fajr had a short interview with the German guests on the sidelines of the main event in Charsou Cineplex:

Tell us more about your festival?

Alex Stein: Our International Short Film Festival Berlin, Interfilm, is in its 35th edition. Some 22,000 people are coming to this year’s event. We have six different competitions, international competition, German competition, thematic competition and a lot of other special programs. As a festival, we are always audience-orientated. We have a big industry with around 600 accredited guests that come to the festival and take part in lectures, seminars and meetings. That’s very important for us. We are very proud that we were among the Oscar qualifying festivals this year. Within Germany, we just have five festivals which enjoy the same status.

Andrea Schwemmer: Of course, as a programmer my main interest here is to find good Iranian short films that are kind of currents and in current topics, and that have a good storytelling. I also want to show a bit of the tradition of filmmaking in Iran and meet short film makers. I have already seen some good short films and the visit at the International Fajr Fest made that possible. We are happy for that.

How long have you been here?

Andrea Schwemmer: We’ve been here for three days now and we are leaving tomorrow. We had several meetings with some short film makers to find ways for collaboration, pick Iranian short films, and get them into our festival for screening.

Did you find any?

Andrea Schwemmer: Yes. And we are going to have them send us their movies. We will watch and shortlist them for the upcoming event.

How many films do you shortlist each year?

Andrea Schwemmer: We screen some 454 each year. We are yet to decide how many Iranian movies will be shortlisted for screening. Last year, we screened several Iranian shorts.

How do you see the market for making shorts in Iran?

Andrea Schwemmer: Iranian short films are totally different from their feature counterparts. That’s because short films are not that long. They often talk about human rights and women. It’s very interesting because they manage to give an insight into the minds of their young filmmakers.

Alex Stein: And I have to say that there is some kind of mutual interest between German audiences and Iranian films. They are pretty much interested in Iranian culture, society and current affairs. They always get some answers from your movies.