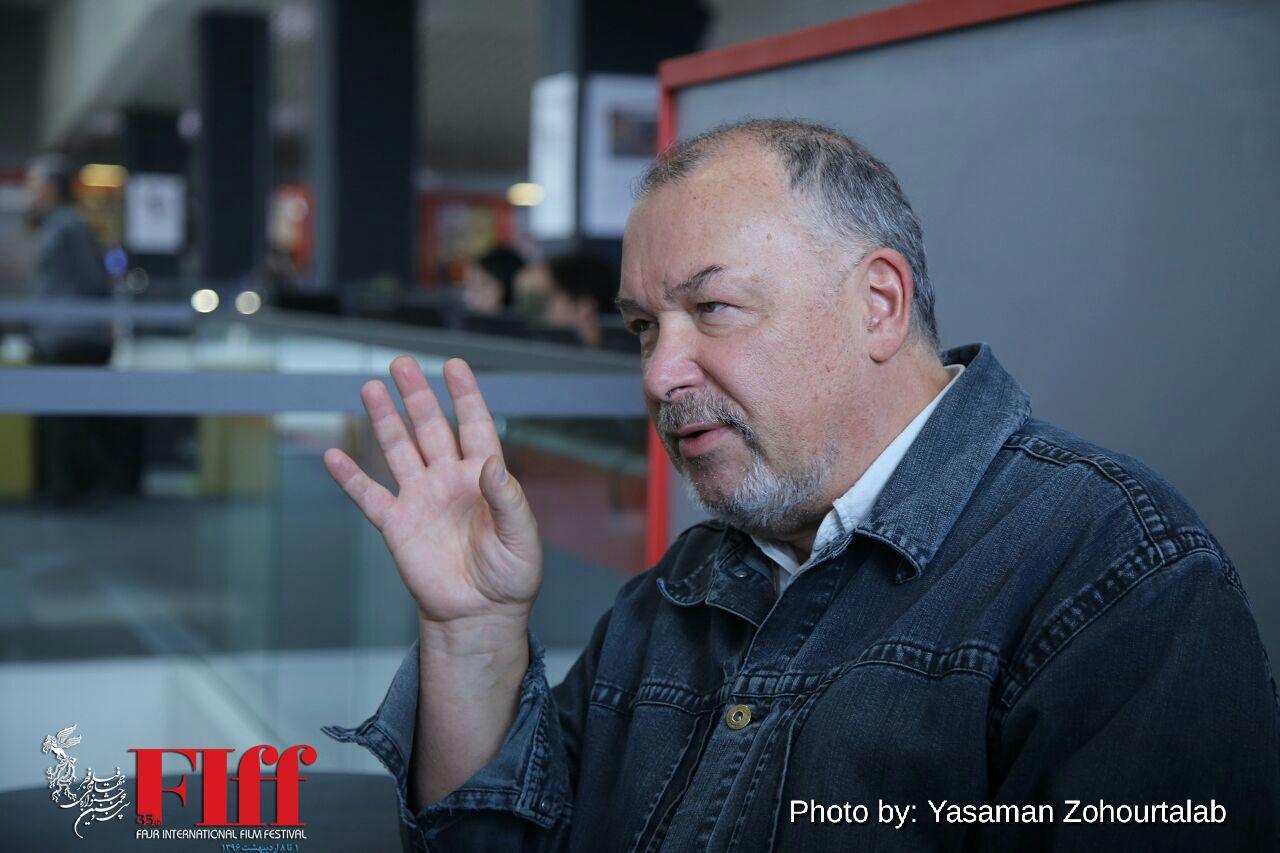 Lech Majewski is an A-list Polish film and theater director, writer, poet, and painter. He is a member of the American and European Film Academies and the Polish International PEN. In 2011, he presented The Mill and the Cross at the Sundance Film Festival. The film brings The Procession to Calvary, Pieter Bruegel’s 16th-century painting, to life and it was critically acclaimed. He is now working on Valley of the Gods, starring John Malkovich, Josh Hartnett and Charlotte Rampling. He left it halfway through to attend this year’s Fajr as jury member of the Cinema Salvation: International Competition.

Tell us about the selection of festival films?

There is a wide range of movies, of course I mean the arthouse movies not the mainstream, and all of this makes it complicated for us to choose among them. Because you have to watch a variety of films, and as a jury member, I cannot talk about any title or film which I liked or disliked. But it has been really exhausting for me, sitting in a dark hall for five days and just watching movies. It can be a tough thing.

You have been a jury member in other festivals as well. How do you compare them with Fajr?

I think we have to respect Fajr, because currently Iran has one of the leading cinemas in the world. I remember talking to Werner Hertzog twenty years ago, when he was like a prophet for all cinemagoers. He said that in near future good films would come from Iran and China. Years later, I was in a festival in Sao Paolo with my film Wojaczek (aka Life Hurts) (1999). When we were going to one of the festival’s ceremonies. There was me from Poland, a director from Switzerland, and eight Iranian directors. It was like they were taking the crop from the festival.

What was your reaction, when you were invited?

Well it was my second time being invited to Fajr, I was supposed to come two years ago, but I couldn’t, because I was shooting my new movie which was very demanding. Of course, I am still involved with the process. It is a very complicated, big production with all the special effects and having big stars like John Malkovich, Josh Hartnett and Charlotte Rampling. Therefore, it is difficult for me to arrange my schedule, considering the fact that everybody needs me now. So currently, I am in touch with my editor, composer and the special effects people, doing the long distance direction.

But isn’t that difficult to manage?

Yes, it is, but that is life. It is what they call a full plate.

So what made you to change your mind now that you are still involved with the technical stages of your movie?

Every movie I make takes a lot of time. The Mill and the Cross took around three and a half years. It was like weaving a digital tapestry, every shot has many layers, and to match those layers, you have to be patient. And you always make mistakes and you have to go back and forth again. Just counting one shot requires eight days and 24 computers, at least, and I do not have a hundred-million-dollar crew to do the job for me. Of course, I am using the huge budget special effects, but it is being done by a small crew, so it takes time. But if I want to say that why I am here, and not with my crew, the reason is the persistency of Fajr managers. They kept on writing me and their patience made me change my mind and come here.

How familiar are you with the Iranian cinema?

Actually, I do not know that much about the Iranian cinema but I am mostly familiar with the Iranian literature and poetry. I am a poet myself. My aunt is the head of Oriental studies and a professor of Persian studies in Warsaw University and she is one of the leading translators of Persian poetry.  Her specialty was the ancient Persian language; she was the chief editor of publication of Shahnameh. Translation of the Shahnameh, which is a really beautiful translation in Polish, took almost most of her life. She has translated many books of Persian poetry and she also has taught me how to sing Mara Beboos in Farsi. Actually in a bus situation which I told you about earlier, I sang Mara Beboos to those Iranian directors and they were all shocked.

As I was saying, I am very familiar with the Iranian culture and mythology which is really fascinating for me. Actually, I am studying those things. Beside what I am doing as a filmmaker, I am also studying on the hidden symbols of art and many of the ancient Persian symbols are very important to the world’s culture. I have to tell you that cinema is relatively small part of my life; I am a writer, a poet, a painter and a sculptor as well.

So, cinema is only a medium for you to point up your notion?

If you do the things which I am doing, it is like you have one theme, but you have different languages to speak that theme. And I have to say that I am fascinated by Persepolis and I like to do a video out there one day, because it is one of the most breathtaking places in the world.

Although you are not familiar with the Iranian cinema but you know a lot about the country.

When I told my crew that I am going to Iran, they said that you cannot go because you have invested your money. But I said that I must go, even for the love of my aunt, who was totally in love with Iran and spent eight years in here and was fluent of the ancient Persian language. She introduced me to the Iranian poetry and fed me with Iranian poet books. I helped her with the Polish translation of the modern Iranian novel The Blind Owl by Sadegh Hedayat. I think Iranian literature and poetry is full of mysterious, visionary and deep ancient archetypal images which I like a lot. Therefore, I am saying that I like to do something of art in Persepolis.