Int’l Competition Juror Pasolini: Either Luck or Love of Gods of Cinema Makes a Film Great 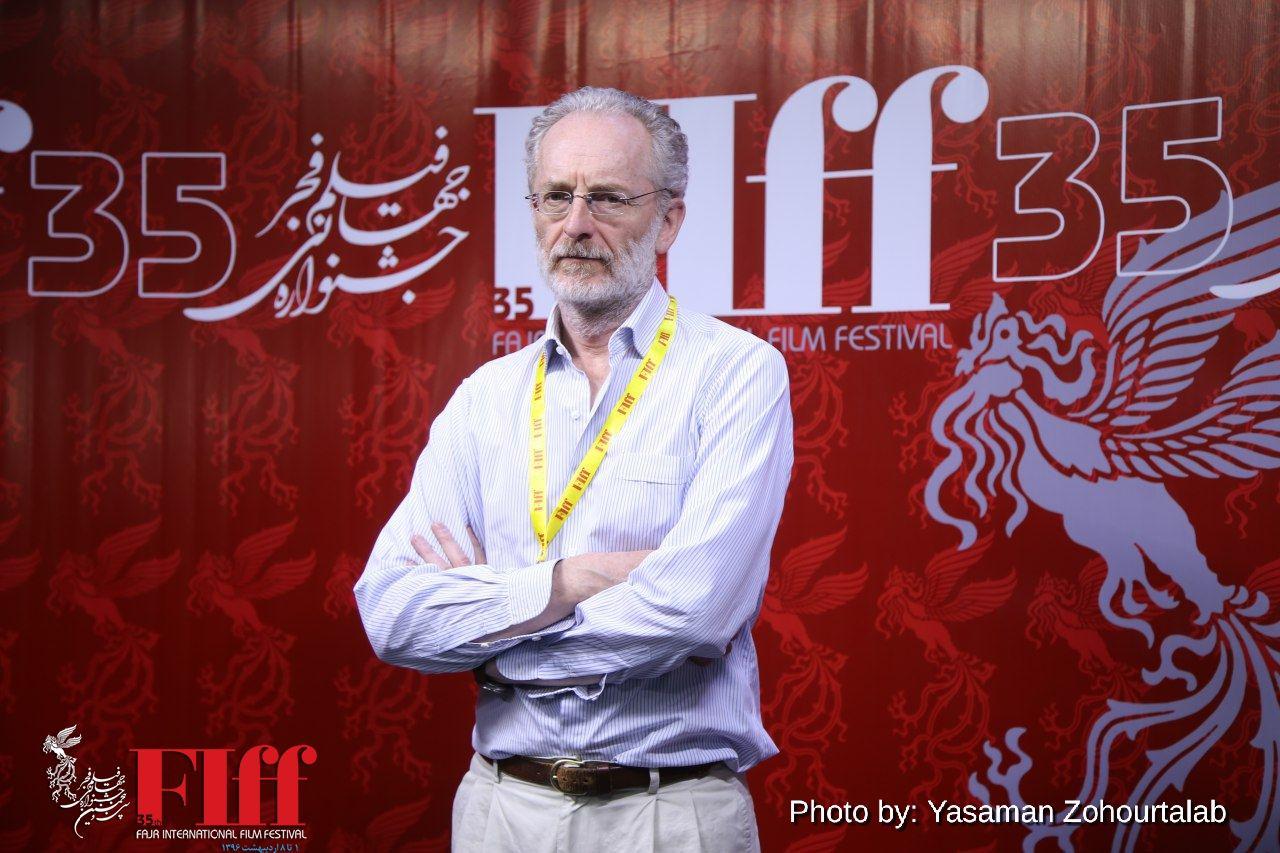 Uberto Pasolini has been invited to the 35th Fajr International Film Festival as a jury member of Cinema Salvation: International Competition. He is an Italian film producer, director and is well known for producing The Full Monty (1997) and directing and producing Machan (2008). He has won 14 awards and 5 nominations in different prestigious festivals over the world.

This prominent member of cinema has experienced working with many respected filmmakers, and has a very interesting point of view about cinema and a good observation about Fajr. He has a warm and welcoming character and he speaks passionately about cinema.

How do you see Fajr? How do you compare it with previous years?

This is my first time in Iran and my first time in Fajr, so I have no way to compare it. All I can tell you is that we have now seen most of the films in the International Competition and the quality is very high. I have been in festivals in the past few years as a jury member where the quality was not as high as this one, so the quality and the selection is very good. Well I don’t like every film because I have a very specific taste but some films are very good and there is always every day a very special movie on the screen.

You have been to different festivals. How do you grade this festival?

The first thing you notice in a festival is how kind and helpful the organization is and this is wonderfully kind and generous. Second, as I said, the quality of films is very high. They are relatively from unknown directors which is normal for smaller festivals or less prestigious festivals…well it’s not Cannes or Berlins…but it’s obviously a festival that has a lot to grow and it has an opportunity to become gradually more and more important and that depends a lot on the selection of films, If the selection continues to be of high quality. Then the other thing that is obviously very important is the kind of guests that the festival invites and when you just look at the list of the invited speakers in the catalog of this festival…you have my hero Victor Erice which is coming to talk…I’ll make sure to be there. You see that obviously the festival has already a very good reputation otherwise these people would not be coming.

And this place seems to be lovely. You have lots of places to sit and eat and talk to other film makers about work. There is a lovely organization about having dinner outside in the evenings except we didn’t do a lot of that because we were always watching movie, but any way…and almost everything feels concentered here so it’s more user friendly.

You were talking about the selection of films. Is this run all-inclusive?

It’s interesting because it’s mixed. It goes from very harsh arthouse to road comedy or action cinema. There seems to be films from European, Asian and South American cinema. It’s very broad, I mean there are 15 films so it can be broad.

How much are you familiar with Iranian cinema and filmmakers?

Well, very little, because you can become aware of it through small distribution of Iranian cinema in England. I am unfortunately living in London which means we have a very limited arthouse distribution network. It’s not like Paris, in Paris you see everything and a lot more of Iranian cinema but in England you see very little. So mainly I have seen some of the Iranian films in festivals around the world, some of them at cinema in England. And that’s really it.

Any example from any specific director that you liked?

I tend to like naturalism so obviously some of the works from great Kiarostami, some of the more optimistic works, something like Under the Olive Trees. The ending…wonderful, wonderful, wonderful moment of cinema. I’ve seen a lot… Makhmalbaf films, both the father and daughter…of course, Farhadi’s cinema, The Separation is wonderful and About Elly a terrific film. Last November I saw a lovely film called Duet by a young director called Navid Danesh, really special because of its competition in Tallinn Black Nights Film Festival. So I have seen a bit and I want to see more.

Considering Iran’s two Oscar-winning movies, how much do you think people around the world are now familiar with Iranian Cinema? And how can it help us to popularize it?

It does…you can have higher profile than winning an Oscar; you can be successful like many Iranian directors which have been successful in Cannes or in the main festival in Berlin… That’s how you start…and then through those successes you get local distributions first in smaller circuits, arthouse circuits and then it grows. Iranian film will always be a foreign language film abroad…unless in Italy where everything is dubbed so everybody speaks Italian with roman accent (laughs)…so that’s a natural thing to happen, and obviously two Oscars, one after the other as a foreign film makes a very big difference.

I have been reading your career resume and you have an interesting start. As you know we have many workshops on the sideline of the festival, and of course the Talent Campus. Do you have a message for young cinema graduates and film lovers?

Number two: I think that whether you like a specific genre or want to make a horror movie or thriller or comedy or drama, make a film which is close to where you come from. You know, if you want to make a horror movie make a horror movie about your family, don’t think Hollywood now, don’t think about winning an Oscar. Think about the stories that first make sense to you and then your family and your friends and your people because in your career the important thing will be the public that feeds you, you need to have a connection with the people that want to watch your movies and that connection comes from a common background.

Is there a remedy to make a great film?

No, no remedy here. The only thing that you need for a film to be great is either luck or the love of the gods of cinema (laughs). That’s all you need (laughs).

Are there any common qualities in the cinema today that you don’t like? Or do you think that the cinema is going down the wrong path?

No I think there are so many kinds of cinema. Of course, there is a lot of bad cinema and there are a lot of people that should not be making cinema or are making cinema for the wrong reason and on the contrary there are a lot of great cinema and making it for right reasons, for the love of cinema, storytelling and communicating and therefore it’s such a vast business. It’s like writing. Do you think writing is going on a wrong direction? No, there are good writing, bad writing, important writing, and unnecessary writing. So unnecessary cinema is what I don’t like in today cinema. Unnecessary cinema (laughs)…there is such a thing…