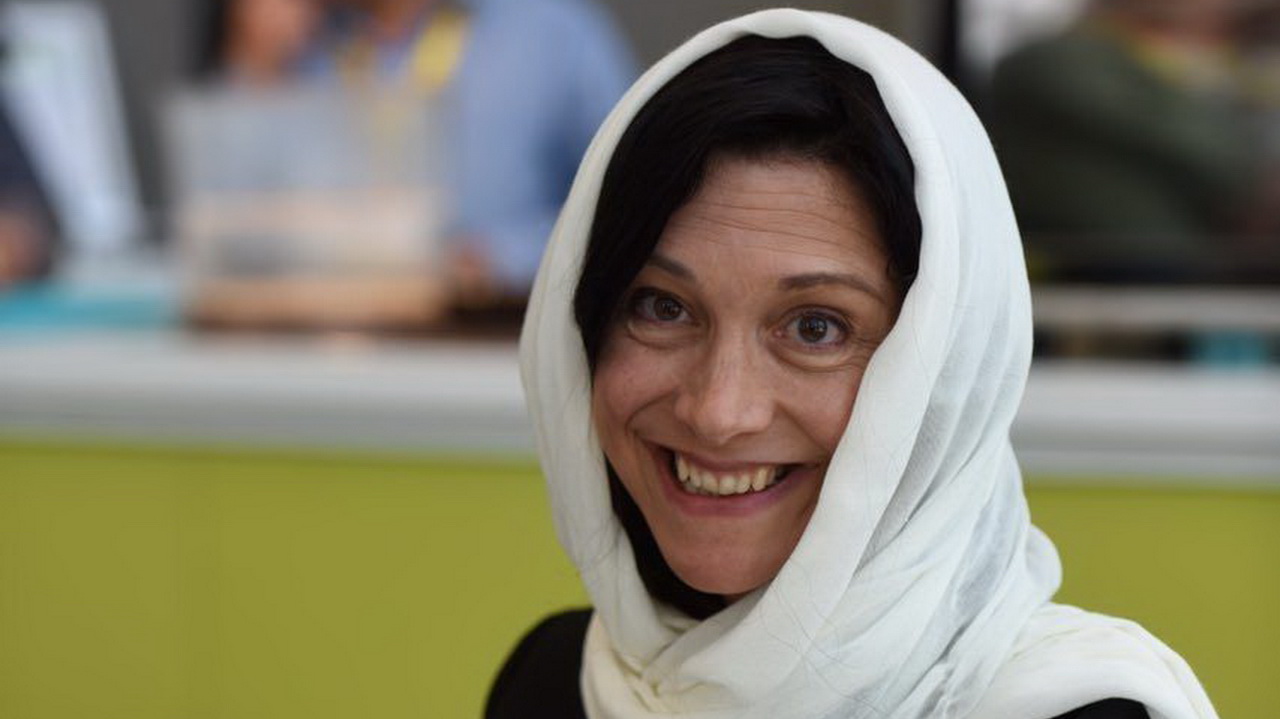 Jessica Woodworth (born in 1971) is an American-Belgian director, screenwriter and producer. Her films have screened in A-list festivals like Venice, Cannes, Toronto and Sundance. She’s a member of jury at the Cinema Salvation: International Competition. Also King of the Belgians, her last film is scheduled for screening in Festival of Festivals of this year’s Fajr.

You are jury member and you also present your film. Tell us more on that?

King of the Belgians is a dramatic comedy and a road mockumentary film. Concept of the film is about a Belgian king, a fictional monarch who gets completely lost in the Balkans, so it’s his journey and more interesting his spiritual journey as he travels from Istanbul on an odyssey, spiraling through the Balkans. And in just a few days’ time in anonymity. It’s a kind of renaissance of a man; it’s a king who is very apathetic and because of his contact with ordinary people and his recognition of complexity and fragility of Europe. He actually is heading home to Belgium to repair his broken kingdom.

You were born in the United States, but you made your films in Europe?

I’m American Belgian and have two citizenships, so I’m more Belgian. I lived most of my life in Europe, mostly in Belgium. And I’m financed by Belgium. However, I made my first feature film in Mongolia; the place I know very well and spent many years there. And the second film was made in Peru, the country which I know less. And then The Fifth Season was shot in Belgium countryside.

About King of the Belgians, the concept of this film is the Icelandic volcano and at the same time a political crisis in Belgium where there was no government. We are now in The Guinness Book of Records, because the country had no government for 480 days; and in this time these ideas were swimming around in our minds. I say “our”, because I was with Peter Brosens and he’s also my husband. So these ideas came already from 2011.

The first three films, Khadak (2006), Altiplano (2009), and The Fifth Season (2012) is kind of a trilogy. King of the Belgians is more absurd and comic. We felt we needed to take this step over this line and work on serious themes like identity, freedom, Europe, borders, personal freedom, and morality of leaders today. So there are illusions to a lot of things that are complex and politically tense, but it’s not a political film; its core emotional lines are centered on the King.

So there is this character of the King who is at heart maybe a simple man who ends up in an extraordinary situation. And we have the pleasure of seeing him learning how to see, smell and listen like ordinary people. Nobody knows he’s a king and in his fifty years of life, it’s the first time ever he’s been among people.

The location of the movie is in Turkey, Bulgaria, Serbia, and Montenegro Albania. Therefore, we needed to find some authenticity, and we worked with the locals. They all were very open to each other about stereotypes and the dangers of handling stereotypes; how to break them and how to walk alongside them and not to fall into traps.

How was the feedback for the movie in general?

We’ve been to every continent and many festivals. The feedback of critics and audiences have been so warm. I think because the script is original. It’s not a format film and it’s much embedded in real questions of today. I mean it’s difficult to make a film that handles these issues in a very humanistic way. For example, there is a sequence where the Belgians are on a tiny boat and they are lost which is idiotic. And of course you know if we consider the world situation today, the metaphor is a little bit like all the refugees, and some other unexpected events such as the Brexit, coup d’état in Turkey, Donald Trump winning the election.

The film is full of references to these things. We didn’t predict these events which are shaping our future. Sometimes people say that’s the message of your film and I believe films that I created are carriers of questions but not have solutions.  Storytellers, filmmakers and somehow every kind of poetic cinema are not policy makers. We’re not proposing solutions, but we’re definitely stimulating some reflections.

What was your first impression when they asked you to be a jury member?

Because my entire family and all of my friends and everyone in my emotional and intellectual landscape want to come to Iran and very few people have the opportunity, so everyone was extremely jealous, because Iran’s culture is so rich and it’s like beacon for anyone who has any appreciation of poetry, cinema, history and architecture. Everyone is yearning to come and discover it. It’s one of the great civilizations on this planet, so it’s a huge privilege.

You’ve been to other film festivals as jury member. How do you compare them with Fajr?

I was a member of jury at Ghent and Zagreb film festivals and this is my third. I believe they’re all unique, you don’t know the face of a jury member until at the very end you are discussing the choices you have made (laughing). So as far as the real work is concerned, you don’t know yet until the last day, and then you start to understand who you’re with. You get to know others between the films and they come from all over the world with very different experiences. And then the selection of films is very interesting. We don’t discuss the films until everyone have their beliefs on the table and then we start to discuss, and that’s the real job of the jury and you can really reflect on that until it’s happened. The decision of the jury members can really help a film. If a film wins an award, there is sometimes a little bit of money and it brings a kind of prestige for that film. So winning an award is a very special and delicate moment.