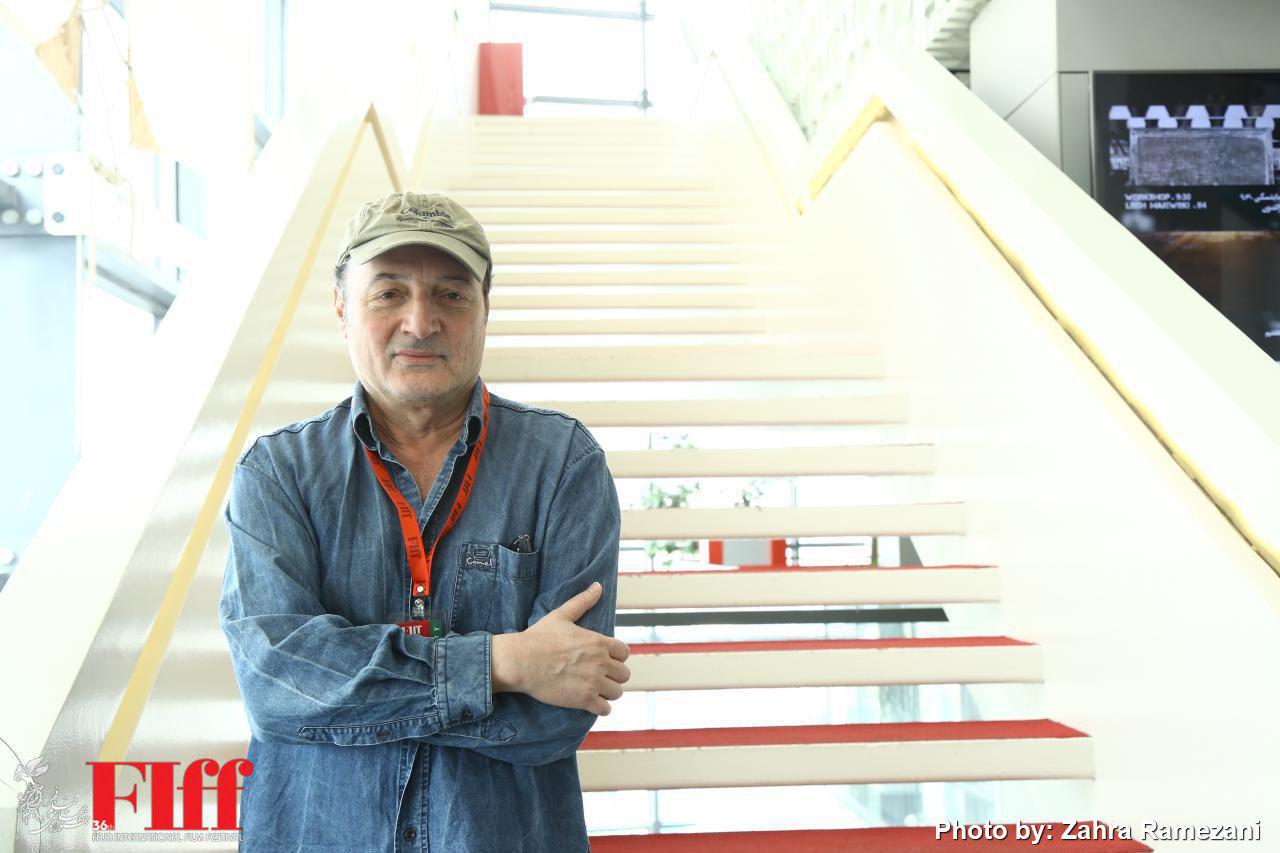 Dimitri Athanitis is a film director born in Athens, where he studied cinema and architecture. His last film Invisible (2016) won international 14 awards, and screened in more than 40 international film festivals. His 2000+1 Shots (2001) a fiction on millennium was chosen by the Australian critic Bill Mousoulis among the ten best films in the world for 2001 in Senses of Cinema. He is also writer and producer of his films. His first book Secret encounters (2017) was published a few months ago, while his video installation in progress Athens Underground (2012-2017) is presented in various art galleries worldwide.

In an exclusive interview with the Press Office of Fajr, Athanitis talked about script, acting and storytelling, the all of the elements that are important in making a great film, but he highlighted the one thing that he personally thinks can make or break your movie: Having a point of view and a personal style. He says cinema is all about storytelling, and pretty much everything you put into your film, dialog, props, lighting, a song, or even an edit, communicates something to your audience. However, one concept that he brings up, though, is something many young filmmakers and screenwriters fail to incorporate into their films time and time again – and that’s a personal style, a personal point of view.

As the first question, have you ever been in Iran before?

No, it’s the first time.

How do you see the atmosphere here in festival?

I’m impressed, because I see a lot of people, a lot of good organization. I see there are many films to watch, there are people who are invited, and it’s very interesting.

What do you know about Iranian cinema?

Iranian cinema in Greece where I come from has been popular for 20 years now. There are many good directors in Iran.

What is it about Iranian films that interest you?

What I admire and I do in my own films myself is that there are films made with low budget and also that they focus on people and relationships.

Do you see anything in common between Iran and Greece because these two countries have many cultural commonalities?

Many students are taking part in our workshops. Any advice for them t get started?

It’s very difficult to begin, to make your first film, but it’s much more difficult to continue your work. Because you can make one film or the second but it is very difficult to make a career. I produce my films and this is the decision I made after my first film that helped me a lot. I can decide where to go. Of course, I had co-producers, televisions, privet funds, but I was the producer myself. I don’t know if here it works, at least for the beginning maybe if you want to make a big film with a lot of money its more difficult but many directors all over the world are working like this.

Does it work to be a director, writer and producer all at the same?

I believe that it’s easier to make it, of course someone must be critic also with himself when you are the writer the director and the producer it’s very difficult to combine all these things. This is the way I’m working. I’m also wrote my last film The Invisible. It helps get things done.

As a jury member, which elements are important in a film?

For me it is very important to see a personal style, a personal view. For me as the member of the jury it’s the number one. I cannot watch even one minute of a film that does not have something especial in its point of view beside the main plot. The personal style of the director is very important and of course storytelling and acting. Technical parts like photography, music are important too. This is the magic of cinema which combines all the arts in cinema, but the point of view is the most important and storytelling.

What do you expect to see this year at the festival?

I expect to see a lot of films here and of course to contact people, directors, writers, film critics and actors.