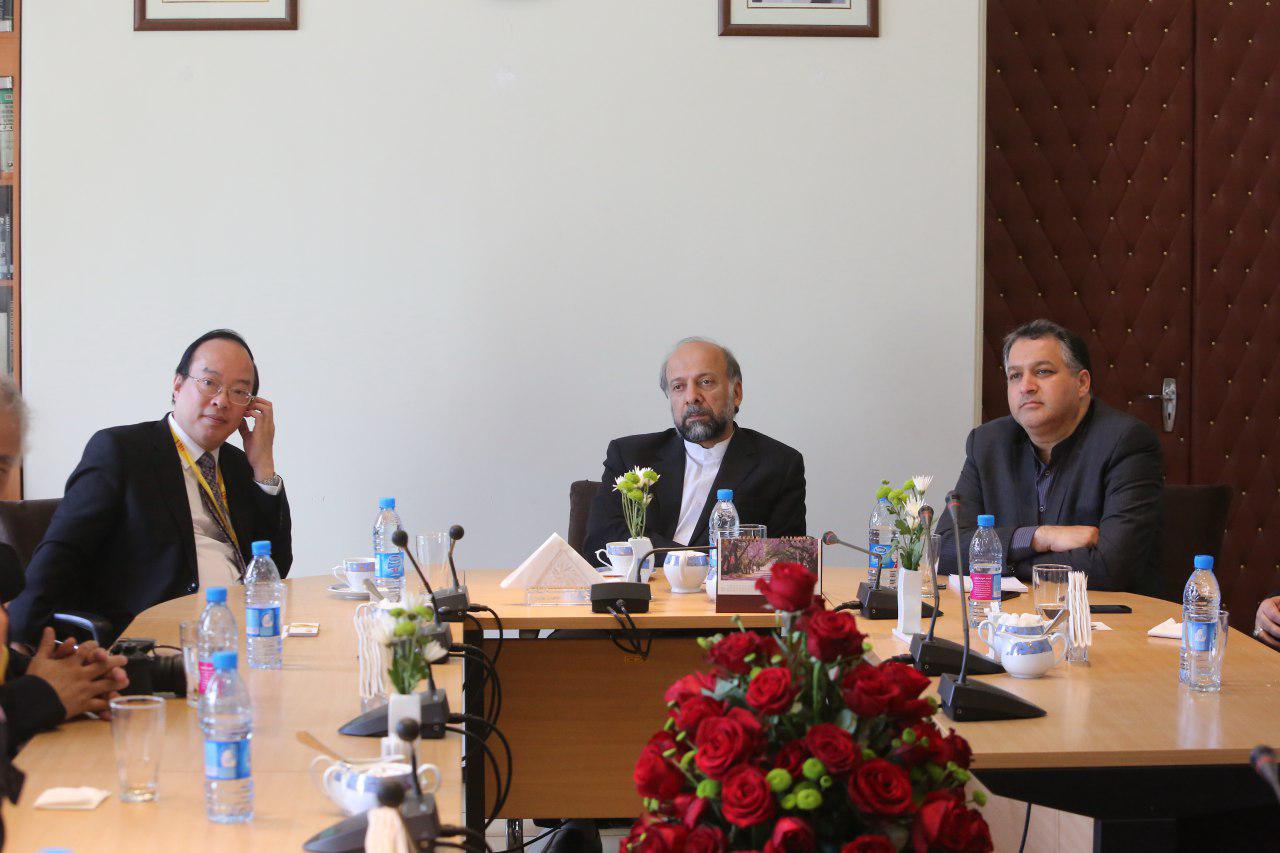 In a meeting on the sidelines of 35th Fajr Film Festival in Tehran, Heidarian said, “We are coordinating our efforts to help the film communities of Iran and Hong Kong to do co-productions. The Farabi Cinema Foundation will supervise these joint projects. The focus of the Iranian Cinema Organization is also distribution of film in Chinese and Hong Kong markets.

He said Hong Kong filmmakers are taking part in Fajr festival and it’s Film Market, and that Iranian companies and institutions should also take part in Hong Kong’s film market.

The Hong Kong officials, for his part, expressed hope that the two sides could quickly pave the way for greater cooperation in cinema, particularly in co-production of movies.

He emphasized that the two sides should co-produce movies and collaborate in festivals and cultural events, and that the new enterprise should include technology transfer and film distribution.

The official went on to explain that discussions have already been made with the Farabi Cinema Foundation over the plan, adding, “Last year, preparations were made in collaboration with our Iranian colleagues to explore the possibility of doing co-productions. We are now at Fajr festival with a comprehensive plan for it along with our state and private entities, filmmakers and companies.”

In conclusion, he said, “It is my hoping that with this comprehensive plan, Fajr 2017 will be a turning point in helping us to fully implement this joint plan, including co-production of films.”

Iran’s top film event, Fajr International Film Festival, has been reconfigured in an attempt to bring more international movies and film industry executives into the country. The new international offshoot features films from around the globe, screening alongside Iranian titles, plus master classes in Talent Campus being held by A-list directors, producers, and film critics. President over by Reza Mirkarimi, the festival is currently underway in Tehran until Friday, 28 April.