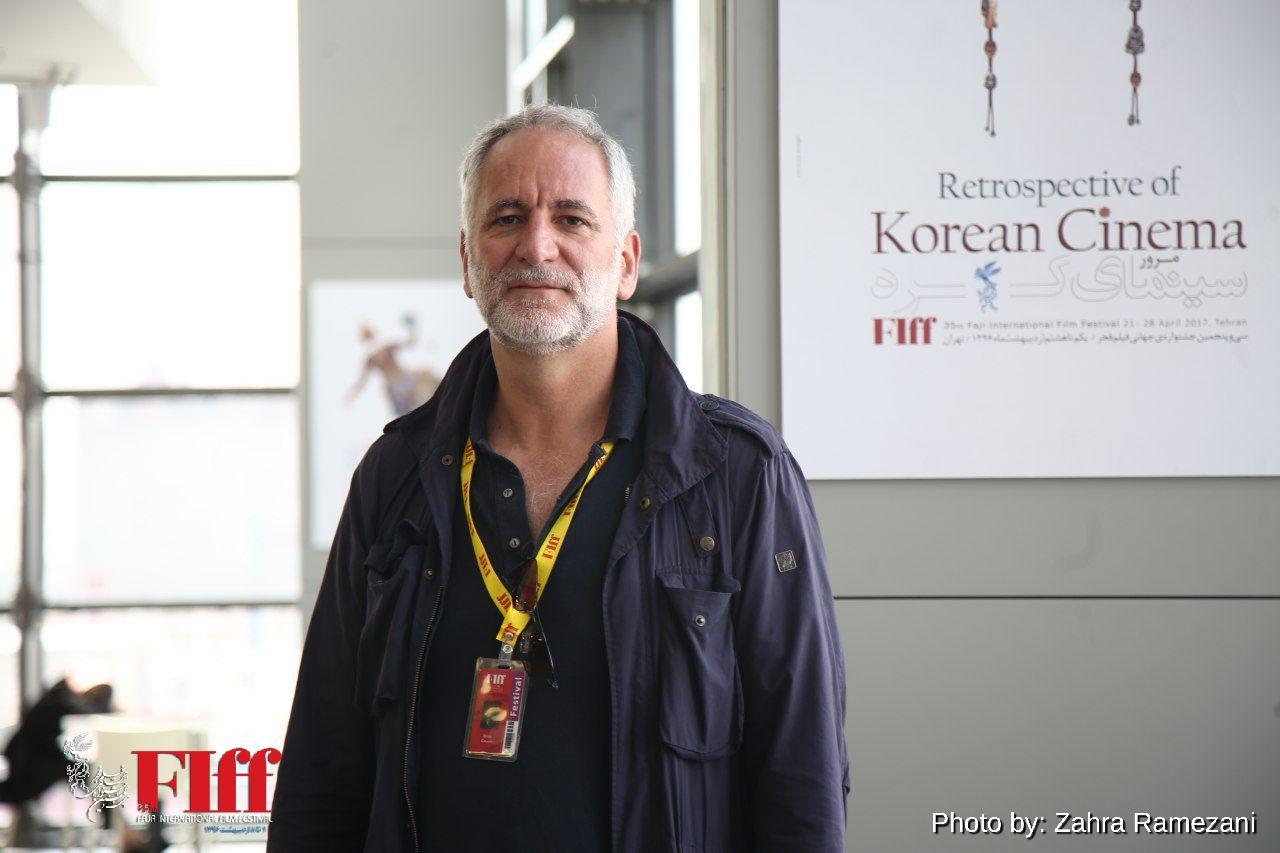 Brice Cauvin is an A-list director, actor, and screenwriter from France. He has worked as assistant director to Maurice Pialat, Patrice Leconte, Nicole Garcia, Pierre Salvadori, Romain Goupil, and Philippe Harel. His latest film L’Art de la Fugue (The Easy Way Out) was adopted from the novel by Stephen McCauley. The film received both good press reviews and public recognition and was released in more than 15 countries. The top-notch guest of this year’s Fajr tells us more.

How did you find this year’s festival?

The thing that strikes me a lot is that the people are so nice. They like to know more about you and they want to make sure you’re having a good time.

How do you see the position of Iranian cinema?

I love Iranian films. One of my favorites has to be Where Is the Friend’s Home? It was my first film that I saw from Kiarostami. I watched it for a second time because I was so amazed about its poetry. Then I followed Abbas Kiarostami for many years. Also, I’ve seen The Cow by Dariush Mehrjui. I liked it a lot. My favorite has to be Asghar Farhadi’s About Elly.

Any particular influence from the directors you worked with?

The fact that I worked with a lot of directors was to understand the rules of filmmaking. I don’t have to copy them. Because they all work in different ways. I’ve worked as an assistant director to 30 films. I learned to find my own rules so I’d be able to direct my own films.

How was Leconte’s directing? Did he believe in improvisation?

No. He doesn’t believe in improvisation. He is strict. He is doing most of his frames too. He is very precise. When even he does a comedy there is no improvisation. He is the opposite of some directors like Maurice Pialat. Pialat puts a lot of life to his scenes. I learned a lot from him.

Your latest film was based on L’Art de la Fugue by Stephen McCauley. Can you elaborate?

It’s based on an American book but we made it in French. It’s the story of a family of 3 brothers that have one goal. In French, we call this film a Chronicle. Critics liked it. They said it’s between melancholic and comedy.

Why did you choose an American book for adaptation?

The idea comes from my work with Agnès Jaoui. She was the leading actress of the film. We have known each other for 15 years. She is an actress and director. We talked about literature. One day she said we should do a film together. I said it could be an adaptation. It could be any book. So there was L’Art de la Fugue that we liked both. I told her it has a good character for you. When American audiences watched it, they said it didn’t look like an American story at all; it looked like a French story.

What’s your take on adaptation?

What’s your next film?

I have a new project. I’ve written the script. It’s not an adaptation. It’s again about a family of two generations. It’s about how we change from one generation to the next.

I think there is some association between Iranian and French cinemas. It is my hoping that our relationship will improve and last. Your movies have been successful in France. A separation by Asghar Farhadi sold more than 2 million tickets.