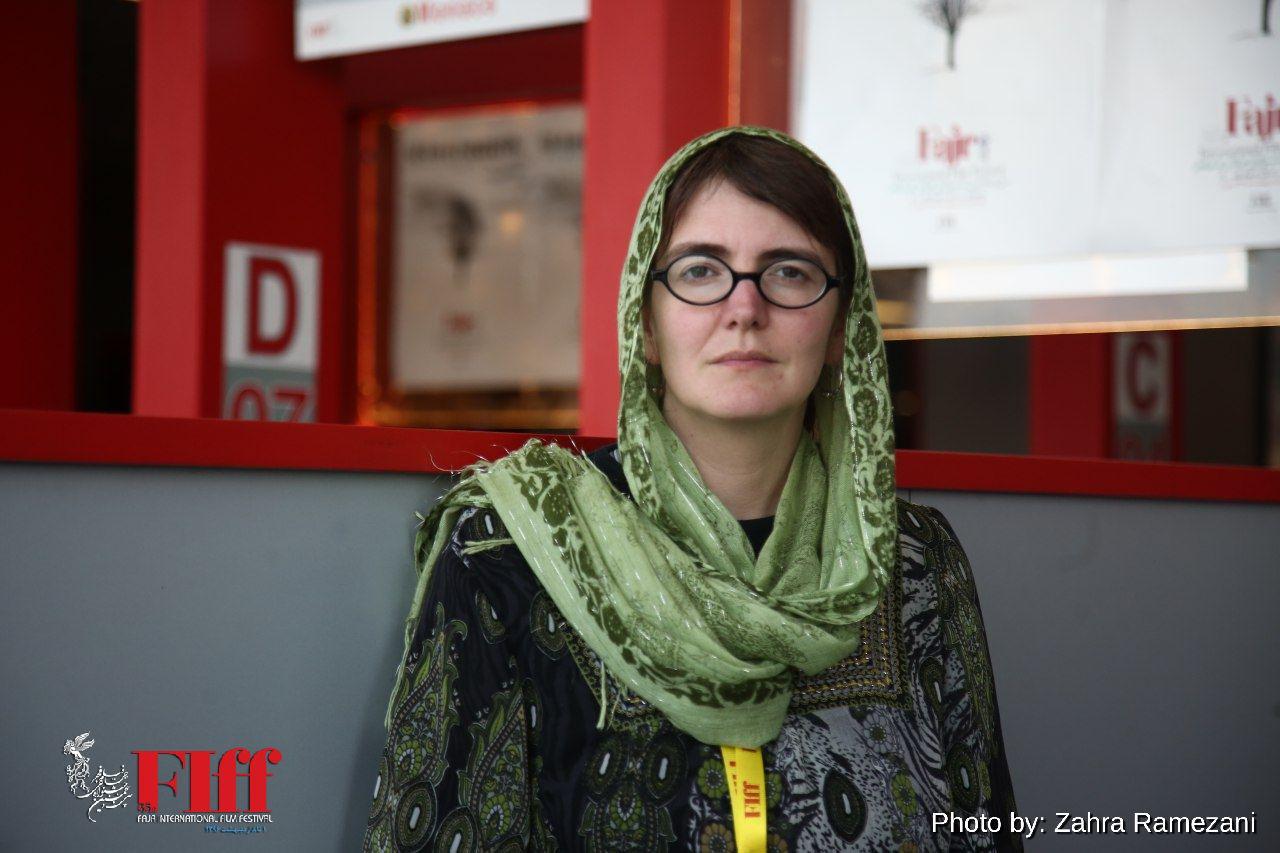 Radio and Television of Slovakia or RTVS is a state-owned nationwide public broadcasting organization in Slovakia. It is headquartered in Bratislava. Monica Mikusova, program editor and acquisition expert, is one of the top guests at Fajr.

How many times have been to the festival?

This is my fourth time. I love watching films and I love Iranian films so I try to watch as many films as possible.

Was the Talent Campus useful for foreign students?

I love the idea that young students attended the film workshops. I’m a lecturer for the Academy of Dramatic Arts in Slovakia and I think it’s a good idea to invite international students to the festival to talk about film, cinema and contemporary arts. We also invite students from various countries to exchange ideas. It’s a great way to train future filmmakers.

Can cinema change the society?

The medium of cinema has the potential to change societies. It makes them think. Movies need to be thought-provoking. Iranian cinema is an exceptional case here. Many people change their opinions about Iran after watching your films. They want to know more about your culture.

For many people Farhadi was the first to show Iran’s new wave cinema to the world. The older generations are already familiar with the cinema through Kiarostami. Farhadi has got the attention of younger generations.

How are Iranian movies, particularly TV series, doing in Solovakia?

We have a good line of work with Iranian producers. People love your movies. The high quality surprises them. They are always on the top of the chart. They generate buzz on social media. People always email us to thank for broadcasting Iranian films.

What are the advantages of having a Film Market here?

It’s great. We get the chance to talk to people. We can meet distributors, directors and international guests.

What about the festival itself?

It’s very good, it’s growing, and it’s getting better. There are more buyers and festivalgoers. The Tehran touring program was also great because we could see others for networking. It’s a good to know more about you and your culture. The Video Library was great to watch the films I missed.