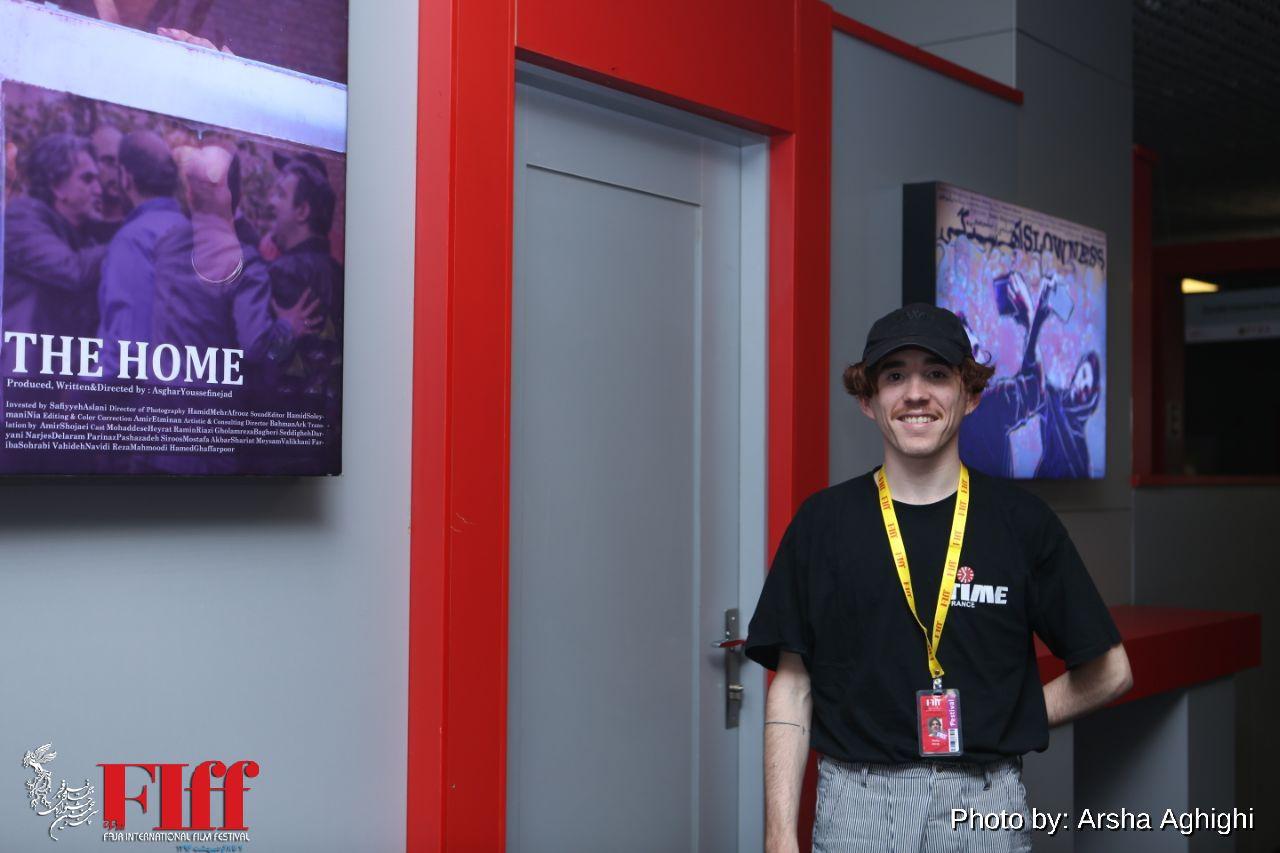 Remy Ebras is a French artistry student; he is learning Persian at the moment in Iran and is very interested in Iranian cinema.

I need to learn the alphabets first so it makes it a bit harder. Besides that I am learning Farsi from English which is already my second language. I am an artistry student and I am studying Islamic art from the Safavieh era. I came here last year as tourist and I would like to learn more about Iranian culture. One way to get it is to learn the language. It is the first step to get access to the culture.

Have you been to other international film festivals?

In Paris there is a festival. I went there. And no, it’s not Cannes.

Is it hard to get into Cannes?

Not really. You need time and you need a lot of money to really enjoy it. I am more about small festivals although this is a big festival, but I mean Cannes is a really big one.

With your experience, how do you see the FIFF venue and atmosphere?

It’s international and I checked the list and there are a lot of movies and it’s more about Middle Aast and Asia, and that’s why I am interested. In Europe we don’t have much of these things.

Iranian films won Oscars. Did that have any effect on the Europeans’ point of view at all?

In France, we have 3 or 4 Iranian directors that we really know like Asghar Farhadi, Abbas Kiarostami, Jafar Panahi and they are really famous. From the international aspect when a movie gets an award, it gets mentioned in international communities, it draws more attention to the whole cinema of that country, and people become more curious about the films from that country. And here there are many films that I cannot see over there so there is good opportunity to get to know your cinema better. It’s really interesting for me because we don’t have much of them in Europe.

What makes a great film? What do you expect to fulfill your artistic desires?

What films have been the most influential to you?

Mostly Roman Polanski movies. Actually the tenant. It’s really interesting for me how it depicts a man who gradually transforms into a woman in terms of personal traits. And I find this challenge very deep and conceptual.

Presided over by Reza Mirkarimi, the 35th Fajr International Film Festival is coming to a close on Friday, 28 April. Winners of this year’s competition are set to be announced on Thursday, 27 April.