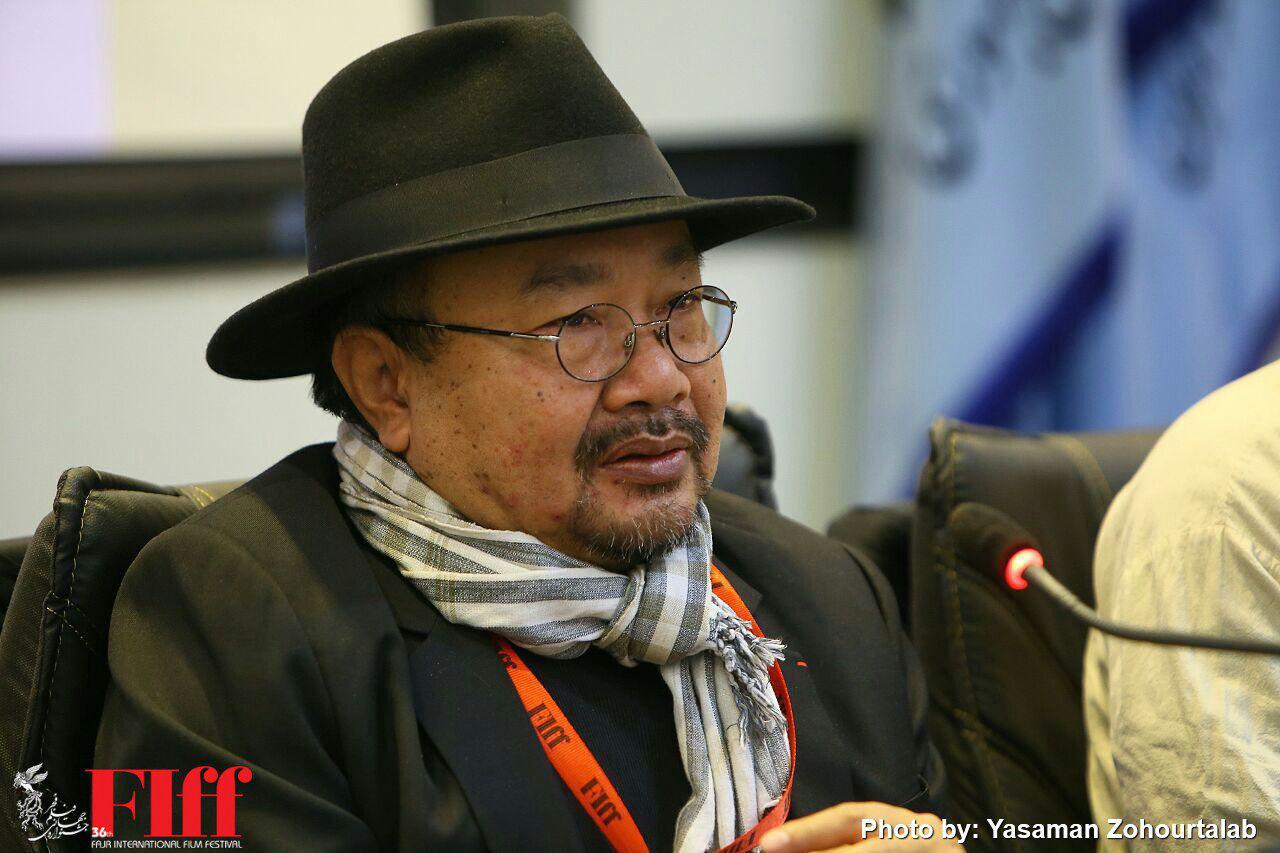 On Wednesday, April 25, the IRIB’s College hosted a directing workshop with Rithy Panh.

The main topics of discussions included the reality of America’s defeat in Vietnam and the seriousness of filmmaking with this approach after Oliver Stone’s Hollywood movies. The Cambodian documentary director and filmmaker also talked about Cambodian genocide by Khmer Rouge: The anger of Cambodian people from US military strikes and the deaths of a large number of people in Cambodia led people to enter the war and resistance against the invaders, which ultimately led to a new era and state in Cambodia called Khmer Rouge, which had Maoist ideologies.

He added: It was not very long after assuming power of the Khmer Rouge that the genocide of the people of Cambodia began. In this genocide, about 1.8 million people were murdered, and my family and many of my close relatives were killed by the Khmer Rouge, and I grew up from childhood with the nightmare of death and human slaughter.

The Cambodian filmmaker named his inner fear of the horrible events of Cambodia as the main reason of making war films: This inner fear led me to the camera and cinema. After that, I thought of making films about my country and eventually most of my films were made with the theme of war.

Panh said that the filmmaker must have the courage to make real films: In all my films, I have tried characters of the film to be real representative of the people of Cambodia, and show the real life of the people, because I believe that film should not be made for the people but together with the people to grate empathy.

In response to a question of why Hollywood cinema shows one-side of the US war in Vietnam and Cambodia, he said: The dominant look at Hollywood’s film was like this in the beginning, but after many protests against such filmmaking, directors such as Oliver Stone decided to get on board and show the reality of US defeat in the Vietnam War. Of course, I am also one of Oliver Stone’s films about Cambodia and Vietnam.

Cambodian documentary film director and screenwriter Rithy Panh, who is also the producer of Angelina Jolie’s drama First They Killed My Father about the experiences of a young girl whose family was torn apart by the Khmer Rouge, will receive the Peace Prize of the 36th edition of the Fajr Filmfest on Thursday.