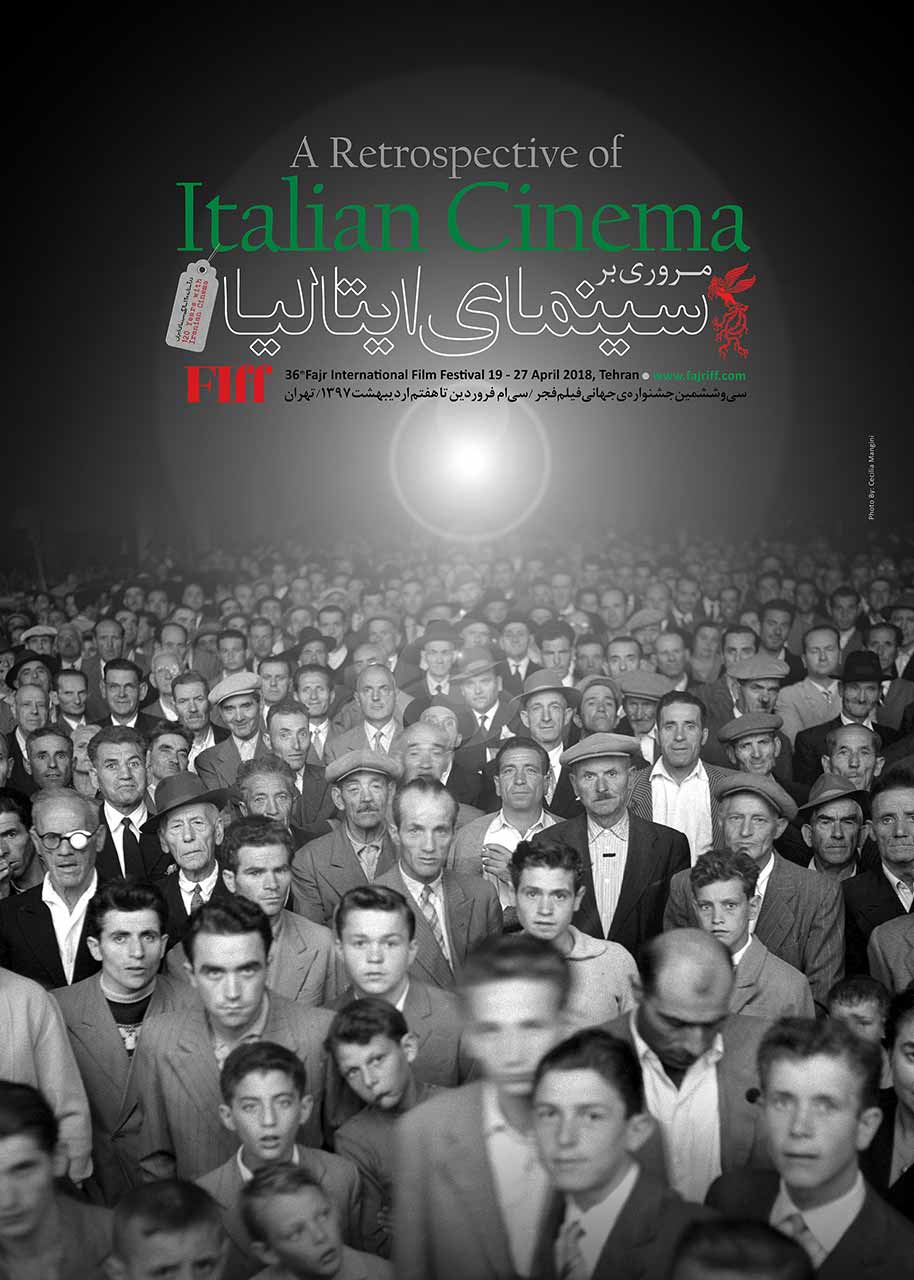 In cooperation with Italian Ministry of Culture and Embassy in Tehran, seven Italian films will be shown in the Retrospective of Italian Cinema program held alongside the 2018 Fajr International Film Festival. It’s a reward to Italian contemporary cinema, which is speaking to the world once again.

With one title selected in the 36th FIFF Competition – and two in the Magic Lantern – Italy’s film industry has also found this year its strongest representation in Special Screenings and Retrospective sections. The significant and exciting programs will be attended by A-list guests from Italy, who will also hold filmmaking workshops in the Talent Campus.

Tito, a scientist who works on a secret project for the US government, has always been known as the legendary American Uncle by his nephews, Anita (14) and Little Tito (7). As orphans, they get to Nevada to join Tito, but find a rather depressed professor, a desert and the secrets of Area 51.

Jonas Carpignano was born in 1984 and grew up in New York City and Rome. His first feature film Mediterranea debuted at the Cannes Film Festival – Semaine de la Critique in 2015 before receiving the award for the best directorial debut of 2015 by the National Board of Review as well as the Gotham Independent Film Award for breakthrough director. The film was nominated for three Independent Spirit Awards including best first feature. His second feature film A Ciambra had its world premiere at the Quinzaine des Réalisateurs at the 2017 Cannes Film Festival where it won the Europa Cinema Label prize for best European film. The film won numerous awards and prizes in addition to earning Carpignano a nomination for best director at the Independent Spirit Awards. A Ciambra was chosen to represent Italy for best foreign film at the 2018 Academy Awards and was named the best Italian film of 2017 by the National Syndicate of Italian Film Critics.

In A Ciambra, a small Romani community in Calabria, Pio Amato is desperate to grow up fast. At 14, he drinks, smokes and is one of the few to easily slide between the region’s factions – the local Italians, the African refugees and his fellow Romani. Pio follows his older brother Cosimo everywhere, learning the necessary skills for life on the streets of their hometown. When Cosimo disappears and things start to go wrong.

Giordano Giulivi was born in Rome in 1974. After his education in humanities, his passion for audiovisual techniques led him to work as an editor at Italian National Television. Always attracted by the imaginary and the mysterious, interpreted in a philosophical and scientific way, he found in making movies his mean of expression, conceiving and telling stories that reflect his interests and fantasies. He has dedicated himself to cinema taking care of all the aspects related to the realization of a film, seen as a unitary and integrated activity, including the creation of the story, writing the script down to the smallest details, directing and final editing.

A glass in free fall. Have you ever thought if it is possible to calculate into how many pieces it can break into? After numerous experiments, a team of researchers succeeds in doing just this apparently impossible task. Attracted to their experiment, a mysterious professor invites the scientists in his isolated mansion to know more about their studies. However, when they arrive, they are not greeted by their host and are faced with a strange model of the mansion, in which some absolutely normal but incredible actions are acted.

Salvatore Ficarra and Valentino Picone started in 1993 as a comedy trio with Salvatore Borrello, performing together on stage as Chiamata Urbana Urgente. In 1998, after Borrello left the trio the pair began to use their surnames: Ficarra & Picone. In 2000, they made Chiedimi se Sonofelice and two years later made their acting debut in Natistanchi.

In the small Sicilian village of Pietrammare, the election of the new mayor is approaching. The town has been led for many years by the crooked Gaetano Patanè who is ready to cheat to win again. People are used to the wheeling and dealing of the politics and go with the flow, but this time the mayor’s opponent is Pierpaolo Natoli, a 50-year-old professor, full of courage and ideals. Against all odds, Pierpaolo wins, but are people ready for change?

Andrea Segre, born in Dolo (Venice) in 1976, his career began with important material made for TV, including the documentary Berlino 1989-1999: Ilmuronellatesta (Rai 3, 1999). In 2010, he directed his first feature, Shun Li and the Poet, presented at many festivals, awarded several prizes, and distributed in more than 30 countries. In 2013, he directed the documentary Undue Debt, which was screened at the 66th Locarno Film Festival, and his second feature film First Snowfall, which was selected for the Orizzonti Competition at the 70th Venice Film Festival and won several awards, such as the Grand Prix Fiction and Prix du Public at 31st Annecy CinémaItalien in France. In 2017, he presented the documentary Ibi at the 70th Locarno Film Festival and directed his third feature film The Order of Things, and presented at 74th Venice Film Festival (Special Screenings). Segre is the founder of the association ZaLab.

Corrado, a policeman for the European task force in charge of immigration control, is on a field assignment in Libya. During a night patrol in the desert, he meets Swada, a young Somali woman who left her war-ravaged country to try and reach Europe. Corrado finds himself faced with a choice: respect his orders and the law, or save Swada’s life.

Valentina Zucco Pedicini was born in Brindisi in 1978. She moved to Rome when to study philology and Italian linguistics, with a thesis on the Pugliese dialect in contemporary film. She went on to attend the Zelig School for Documentary, Television and New Media and graduated in film directing. Her documentaries have been selected for numerous national and international festivals. Dal Profondo is her feature directorial debut. The project, which was selected for the IDFA Academy and the Berlinale Talent Campus, won the 2012 Solinas Prize for documentary films.

Nurse Anna and her assistant Hans work in a nursery home that was once the orphanage where they were imprisoned as kids.

Giuseppe is back from serving time as a missionary in Africa. He asks the bishop to be sent to a small town near Naples to replace Don Antonio. Don Antonio has been fighting a battle against pollution, due to illegal dumping of industrial waste in the infamous Terra dei Fuochi (Land of Fires), where the local Mafia dumps and burns waste in the open countryside.