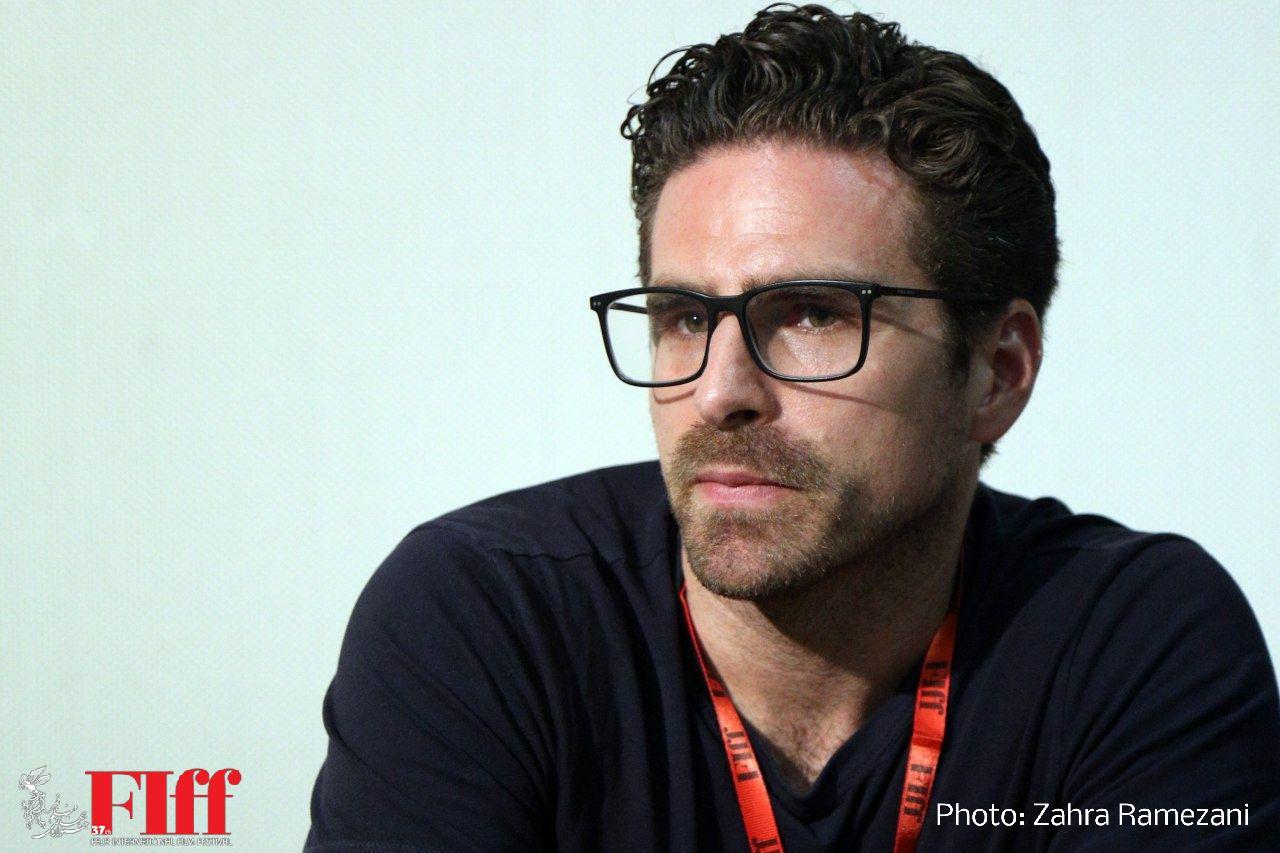 Andrea Pallaoro is an Italian film director and screenwriter, who lives in Los Angeles now. His first feature film, Medeas (2013) premiered at the 70th Venice Film Festival. The film investigates alienation and its relationship to intimacy. Pallaoro won Best Director at The Marrakech Film Festival for Medeas and also won the New Voices/New Visions Award at the 2013 Palm Springs International Film Festival. His next film, Hannah (2017), a psychological drama starring Charlotte Rampling was a great success. Here is a brief conversation we had with Pallaoro. He held a workshop on the sideline of FIFF.

This is my first time coming to Iran. When I got the invitation I got so excited. It was an offer I could not refuse.

How do you see our country?

I am so fascinated. First of all, I am very impressed and very moved by how warm the people are, how available they are to communicate, how open they are. You know, I’m very fascinated by the dichotomy between public life and private life. That’s something that really got my attention, because it’s very different from other countries or the countries that I’m more familiar with, the countries where I live in the Western societies.

What is your opinion about the Festival?

Well, the Festival has invited so many fascinating people from all over the world. I meet some people I knew before that I never had the chance to actually meet. So on that level it’s been an extraordinary experience to communicate and exchange ideas with these people. Before I leave, I want to have the chance to see a few films, because I haven’t had it yet. I have to say that it’s really special to have the exchange with students through the masterclass. They were so eager and so interested to learn and see different perspectives. It’s a pleasure when you have such an interested people in front of you that you can communicate with. It was really nice.

As a writer, are you tempted to write something about us?

Of course, that is an experience I have. I’m thinking about who could be injected into this narrative in my mind that I’m dealing with at the moment. Every experience I have, inspires my films and my narratives.

How about making a film here, maybe a co-production?