Japanese Cinematographer Yanagijima: Kiarostami and Kitano Are So Similar in Methods 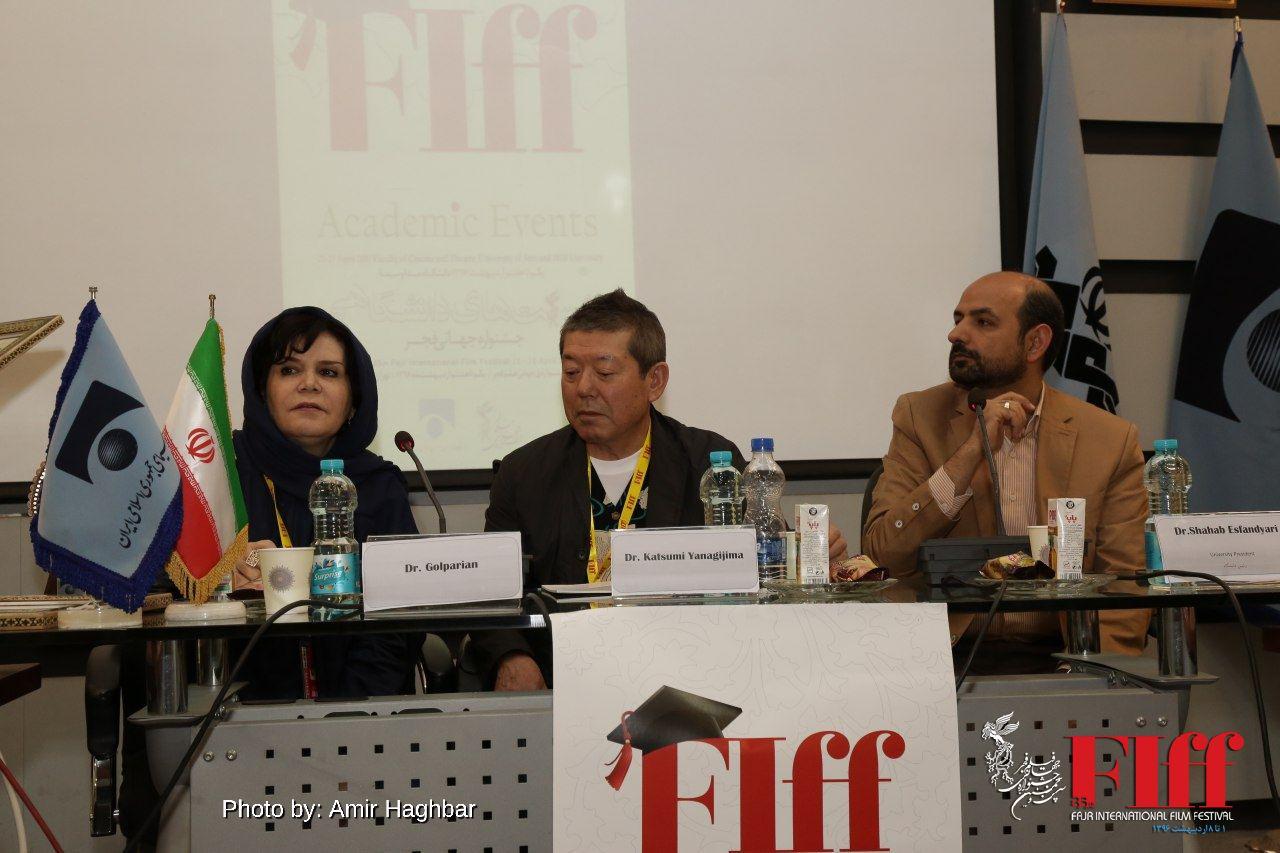 It is the belief of Katsumi Yanagijima that there are many similarities between Iranian director Abbas Kiarostami and his Japanese counterpart Takeshi Kitano.

Japanese cinematographer of Kiarostami’s Tokyo-set Like Someone in Love made that comparison on Saturday during a filmmaking workshop at the IRIB College in Tehran.

According to the A-list cinematographer, just like his Iranian counterpart, Kitano doesn’t believe in the screenplay. He shoots his film as he goes. He uses an acting style that is highly deadpan or a camera style that approaches near-stasis. He often uses long takes where little appears to be happening, or editing that cuts immediately to the aftermath of an event.

He went on to explain that cinematographers use different styles and techniques in shooting. “It all depends on the style and the mood on location. They even use mobile phones and cameras. They then send these films to international festivals and win prizes.

On Japanese cinema he said, “There are different filmmaking styles in Japan. Student films are now mainstream in this cinema. Great animation movies are being made too. The country produces some 800 movies and imports 400 foreign movies per year.”

Elsewhere in his remarks, the prominent director said. “When I started working in cinema we had only 200 Japanese and foreign movie to watch each year. Many cinema masters warned me that I would end up poor if I chose filmmaking as profession. The same situation exists today. Only those who make commercial movies are doing well. I worked with Kitano last year and we made a movie about the Yakuza. It was screened at Cannes Film Festival.”

He added, “Kitano’s work is so similar to that of Kiarostami. He always wants to shoot the real world. It was hard for me to shoot his films. He wanted a world that only he himself could understand. I have worked in some 60 feature-length and TV films. Kitano directed 15 of them. At first, he never believed in the screenplay or writing. He used to direct in the moment. All he did was to improvise in just one take and then go for the final. This made him a unique director.”

In Conclusion, Yanagijima said, “Working with Kiarostami was one of my best experiences. He also never believed in the screenplay. He would make decisions instantaneously, there and then. He never allowed his actors to make an extra move. And he would always get what he wanted in the end.”

Yanagijima has worked with Takeshi Kitano in many of his films, including A Scene at the Sea, Sonatine,  Zatoichi, Kids Return, Kikujiro, and Dolls. He won the Japan Academy Prize for best cinematography for Go! in 2002 and for Zatoichi in 2004. Battle Royale and The Grudge 2 are some of his other known films.