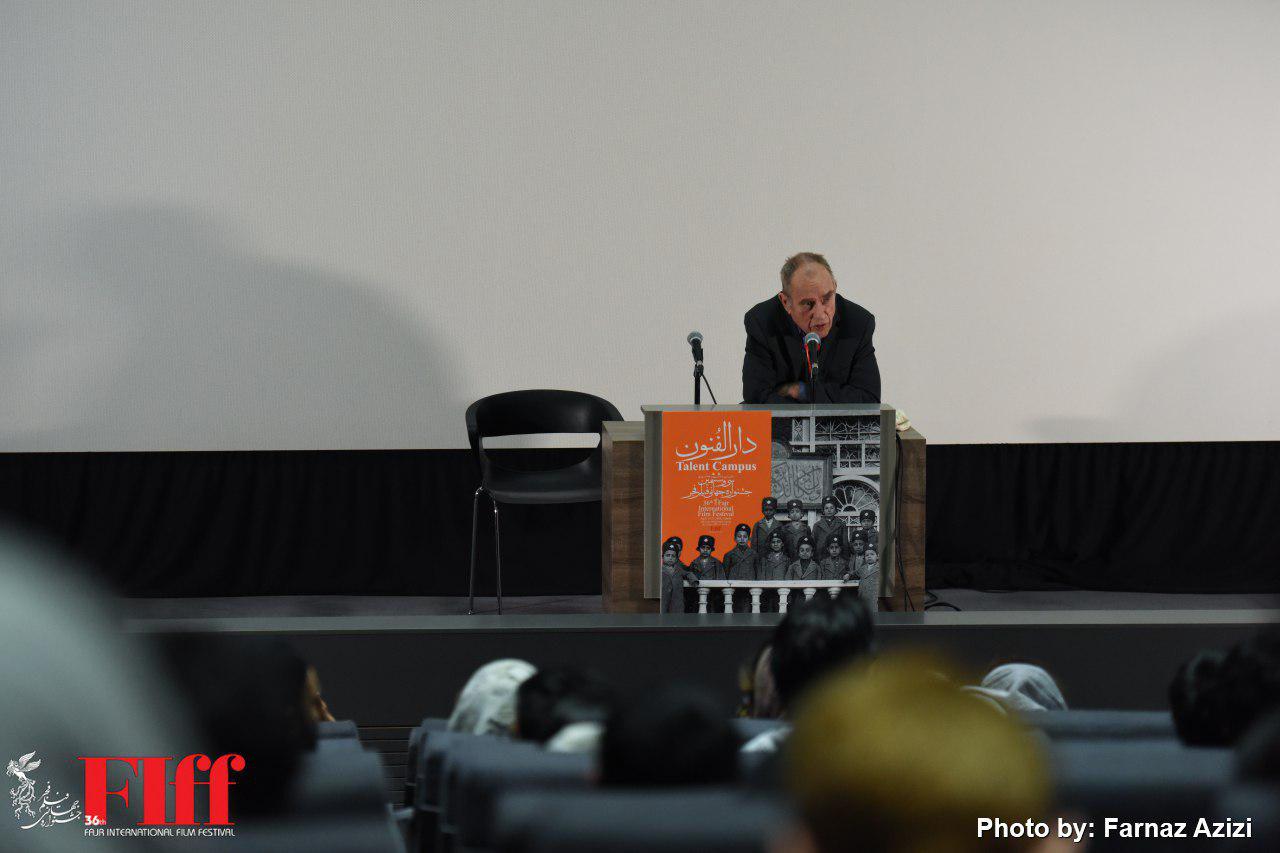 Jörn Donner, who is internationally best known as the producer of Ingmar Bergman’s film Fanny and Alexander, had a film producing workshop on the Talent Campus of this year’s FIFF.

His hands-on course into the world of film producing was a fast-paced, intensive learning. Skills learned in this program included introduction to the roles, tasks and obstacles faced by film makers and producers. The workshop was also designed to illuminate one of the most important and misunderstood jobs in film industry – producing. In the end, students eager to control their own destiny in the business world of film learned how to produce their own movies.

Jörn Johan Donner (born 5 February 1933 in Helsinki, Finland) is a Swedish-speaking Finnish writer, director, actor, producer, politician, founder of Finnish Film Archive and a member of the Donner family. He is the son of the linguist Kai Donner.

In an interview with the Press Office of Fajr, he said: I’m 85 years old and still have zest for life. I have a new film project for 2020 and will be more than happy to screen it at FIFF.

He also screened a documentary movie about Bergman’s life at the workshop, and in this respect said: Bergman was a film maker with a Swedish mind. That does not mean he didn’t care about life and death, but his mind always circled around social inequalities and questions about life.

According to the Finnish writer and producer, Bergman saw more movies than many other people: He was part of the Scandinavian cinema school and knew more than all of us. He always tried to ensure his audience wouldn’t notice any camera movement in his films. He never used hand-held camera for shooting.

In conclusion, Donner said there were a lot of efforts to silence Bergman in the 1960s, but they all failed. Bergman did everything he wanted and made any film he wanted with little or no attention to the Office of Film Censor.