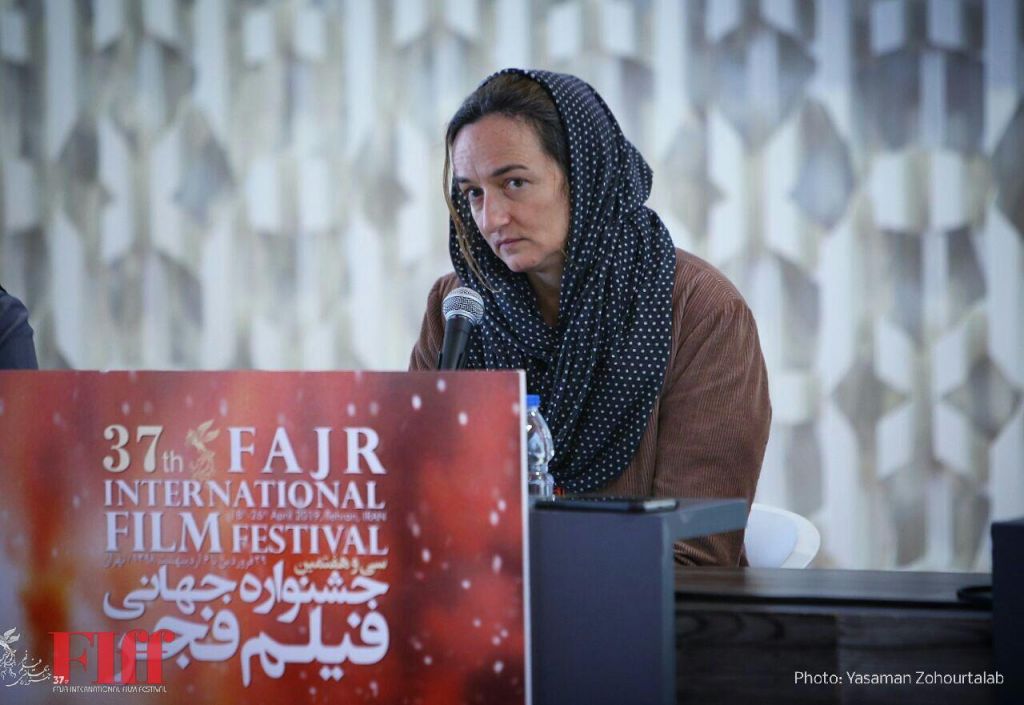 French director Julie Bertuccelli was a special guest of the 37th Fajr International Film Festival. She held a directing masterclass at this year’s cinematic event.

Bertuccelli studied philosophy before moving into documentary film-making in 1993 with Un Metier Comme un Autre. Her breakthrough film was Since Ottar Left in 2002, which she co-wrote and which went on to win twenty prizes both in France and elsewhere. Her last two films were L’Arbre (The Tree, 2010) and La Cour de Babel (The School of Babel, 2014). Her latest documentary film, Dernières Nouvelles du cosmos (2016) was nominated for “Best documentary” at the 2017 Césars. In 2018 she completed her new film Claire Darling (2018) starring Catherine Deneuve and Chiara Mastroianni.

At the beginning of her talks, Bertuccelli expressed her interest in Iranian cinema and described Abbas Kiarostami as one of her cinematic masters.

Pointing out that she produced 15 documentaries for the French TV, she said: My first feature film since Ottar Went was filmed in Georgia, and it’s about a grandmother who lost her son and for five years her daughter and granddaughter wrote letters instead of her lost son. They try to conceal the reality of her son’s death, in order to imagine that her son is still alive. This mother and daughter did not have the power to tell the truth to grandmothers. This is a real story that when I heard from my colleague, a Georgian director, I decided to make it.

She added: When I heard this story from my Georgian friend, I was so impressed that I thought I should make it as a feature film, not a documentary. That’s why I changed the story and wrote a scenario based on it, which is different from the real story. In the real story, they wrote letters to their grandmother for 10 years, and the grandmother eventually died without knowing the truth.”

Her latest documentary film is Dernières Nouvelles du Cosmos 2016). She said: This is my latest documentary that tells a story about an autistic girl whose mother realizes her intelligence in writing and reading, and after five years of working with her, she makes progress, and eventually becomes a great writer and poet. Her many plays have gone on stage .This documentary is about one of her works that went on stage.

One of the students asked how to find producer for first feature film:

For the first and second films, it’s very hard and it requires a lot of perseverance and courage. Each director, depending on the chance and the people he meets, can find producer. It’s important that your first movie-documentary or feature film-show your true self, tell yourself that this is the first movie, perhaps your only movie. You have to show everything within you, this can be your driving force for future years.