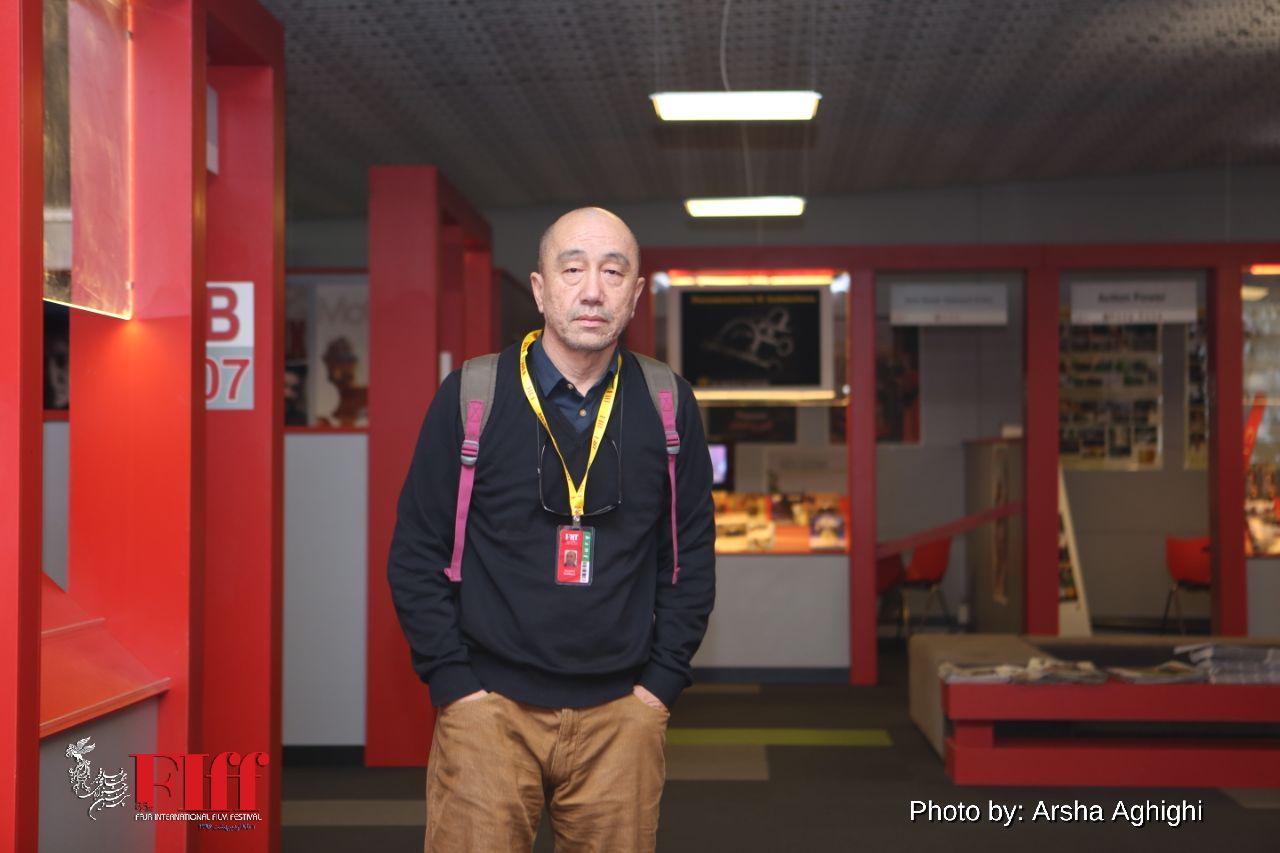 Omirbaev Darezhan Karazhanovich (born 15 March 1958) is a Kazakh film director, screenwriter and critic. Omirbaev has directed nine films since 1982; six features, one medium length digital film, and three shorts. He is one of the members of the 35th FIff Jury – Eastern Vista: Panorama of Films from Asian and Islamic Countries. Here is an interview with him about the festival and his works.

At first, I’d like to know your opinion about the quality of the FIff and the qualitative level of the films.

This year’s run is in accordance with international standards. Everything is good and congenial, and films are in high level.

So, the Jury must be in trouble judging about them?

Of course, it is.

Let’s take an advantage of the opportunity and talk a little about your own cinema. You are famous for adopting from Russian literature; authors such as Tolstoy and Dostoyevsky. Why are you so interested in adopting from these works?

I used to read these books when I was young and lonely. I loved the novels of Tolstoy, Chekhov and Dostoyevsky. I was so lonely and depressed those days and these books helped me a lot to deal with my situation and set right. So, apart from my own interest, adopting from these novels was sort of paying homage to them. I’ve identified with the “Ordinariness” of Russian novels protagonists.

In what way did they help you?

The protagonists of these books were ordinary people; ordinary persons who face specific situations. I was an ordinary person as well. So, maybe one of the reasons of my taking interest in these works is because I’ve identified with their protagonists. Of course, apart from Russian literature, I also read books from writers of other countries. I especially like the books of Hermann Hesse.

What do you exactly mean by “Ordinariness” and ordinary people?

Ordinary is not a good word for these kinds of people. We may call them “small people”; people who belong to the low or middle class division of the society. “Small people” are one of the description terms used for these people in Russian literature. They are small but not necessarily simple. For instance, Raskolnikov, the protagonist of Dostoyevsky’s Crime and Punishment, is an example of a small person. He is small but not simple at all; and he moves toward sort of greatness; a spiritual greatness, coming to know one-self and the life and your role in it.

You mentioned Raskolnikov. In one of your films, Killer, you adopted from Crime and Punishment. Can you talk about your reasons – apart from your interest in Russian literature – for adopting from this novel?

Dostoyevsky wrote this novel in 1860s. In those years Russia was ruled under a capitalist system. So the gap between different social classes was significant. The society was divided into the rich and the poor. Raskolnicov revolted against this kind of system. Of course, from 1917 to 1992, there was no capitalism in the Soviet countries and the society was not divided to very rich and very poor people. Since the time I made that movie, 2012, capitalism has invaded the countries of the ex-Soviet. So, again we returned to the situation of the 19th century. Again, the society is divided; and that was one of the reasons I turned back to Crime and Punishment novel. What Dostoyevsky confronted in the 19th, has found its way to the Russian and the realm countries again.

So, you are in favor of the Soviet era?

Of course, that era had its positive and negative aspects. Common and ordinary people could live more easily at those times, and one of the important positive aspects of that era was that there was no inoccupation, but now inoccupation rate is very high in the Russia field countries. However, I must say the current time is better and more diverse for a director.

Can you talk briefly about your future programs?

I’ve written a scenario by the name of The Party of the Author, adopting from one of the works of Hermann Hesse. As soon as the budget of this film gets provided I’ll start shooting.

Can you talk about this story of Hesse?

Old Hermann Hesse was invited to a party. When he entered, although he was a famous writer, no one knew him. Affected by this incident, he wrote this story. I think what this story is about is the difference between the past and present generations. While older people were used to reading books and were familiar with most authors in their youth, the newer generation usually is not so concerned with literature, books and art in general. Today’s youngsters are just like. Today, most of them don’t bother to read.

What do you know about Iranian cinema, and who is (are) your favorite Iranian filmmaker(s)?

Among the Iranian films that I’ve watched and liked, I can mention the name of the films Life, and Nothing More” and Taste of Cherry by late Abbas Kiarostami. I specifically liked Taste of Cherry. I watched it when I was frustrated and lonely and it sort of helped me to set right. I got acquainted with Kiarostami in France’s Nantes. Generally, I don’t like the cinema which talks about politics loudly and explicitly.