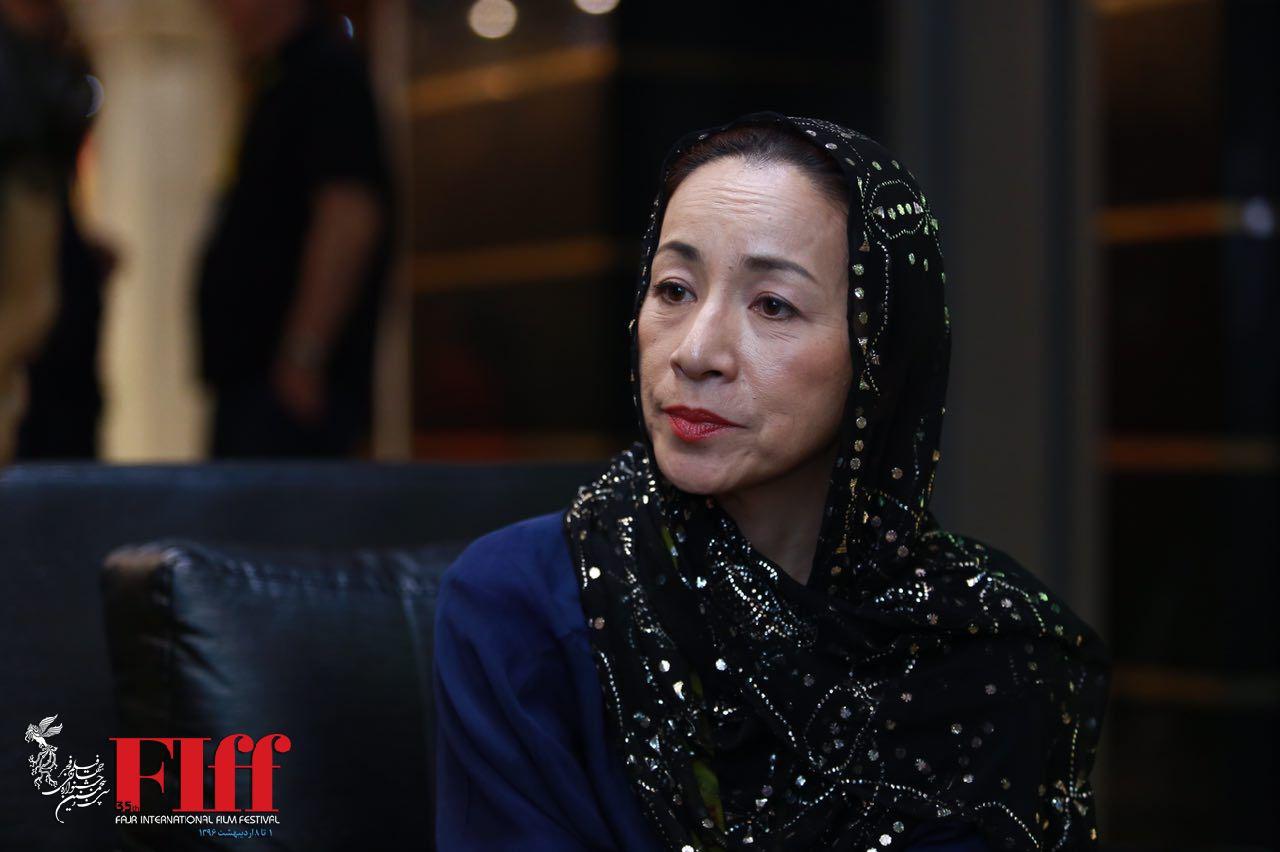 Mieko Harada is a Japanese actress from Tokyo. She has had different roles in many motion pictures, television shows and television dramas since her debut in 1974. She was at the 35th edition of Fajr Festival as jury member of Cinema Salvation: International Competition. Here in a brief interview she talked about the festival.

Please tell us about your collaboration with Akira Kurosawa.

I worked with him in two films about 30 years ago. One was Ran, a story based on King Lear by Shakespeare, and the other was Dreams, a short story about a group of men who are sent to climb a mountain only to get stuck in a storm. They almost die, but then a woman comes and saves them.

You were Jury member at this festival. How did you pick the films?

I’m glad because all the films were of high quality with their own unique beauty and power. We spent so much energy to see them all – 4 films a day. On the fifth day we watched twelve shorts, so we had a very tight schedule.

There were also workshops. Do you have any massage for young filmmakers?

Unfortunately, I didn’t have the chance to join these workshops. All filmmakers should see, act and feel in their own ways. Because their emotions will be there in their films. They can share them with audiecnes.

As an actress, how did you find the cast of festival movies?

It was great. As an example, regarding The Home, an Iranian film which won the award for Best Film, we were talking about the brilliant and effective teamwork behind it. The performances were natural. Perhaps they had a lot of rehearsals.

Have you been to other film festivals as jury member?

Just one time. I was a jury member at Tokyo International Film Festival. As an actress, I also attended the Cannes 30 years ago with Akira Kurosawa. It was for the Premiere of dreams. It was a very nice and amazing experience for me. I also attended Venice Film Festival with After the Rain (1999), which written by Akira Kurosawa, but was made after he was passed away.

Have you worked with any Iranian filmmaker?

Yes. Last year I worked with an Iranian director who lives in New York. Her name was Naeimeh and she was the editor of Amir Naderi’s films. We made a film about the Japanese expats living in New York. Naeimeh once told me the Japanese and Iranian people have cultural commonalities. So I was very enthusiastic to come to Iran. During my stay I visited Isfahan. Iranian people are nice. It’s very fascinating to be here. I can see that we have many commonalities in culture.

The awards ceremony for the 35th Fajr International Film Festival took place on Thursday evening, 27 April, at Tehran?’s Vahdat Hall, with Foreign Ministry and Culture Ministry officials, as well as festival organizers, national-international guests, film directors, producers, critics, stars, and all the winners as they were announced. Presided over by A-list film director Reza Mirkarimi, the week-long event came to a close on Friday, 28 April.