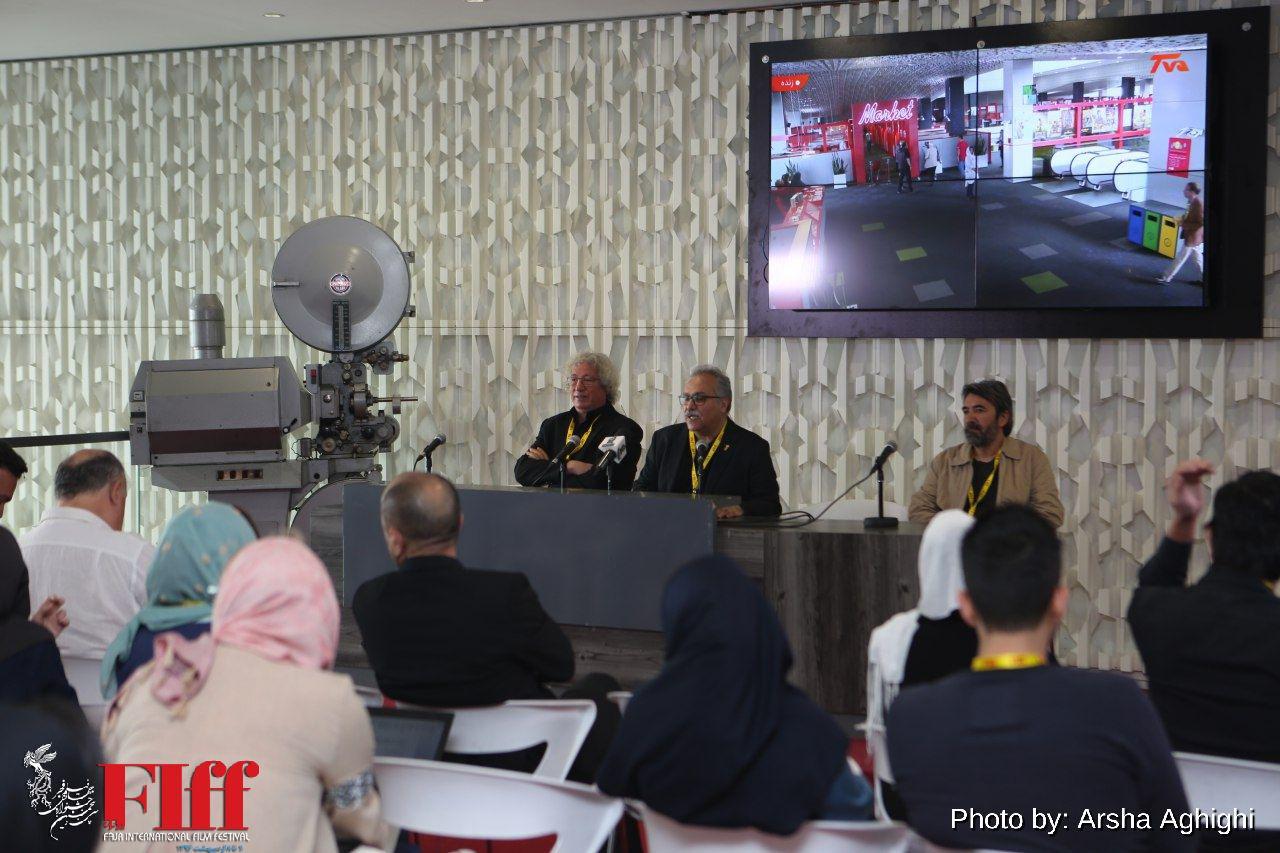 Jury members of 35th Fajr International Film Festival held a press conference on Thursday, April 27. The gathering was attended by Iranian and international journalists, news outlets, and organizers of this year’s run.

Demirkubuz said: This is my first time here. The people of Iran are wonderful. Of course, I also know them from movies of great directors like Kiarostami, Majidi, and Farhadi. I’m happy to be here to see for myself that I was right about the Iranians. I would like to express my gratitude to the organizers of this year’s run who invited me to be part of this prestigious festival.

Karazhanovich said: This is my second time here. The first was 10 years ago. I love cinema and this year’s run was perfectly planned. I loved the movies that I watched at the Eastern Vista strand.

Ayed said: This is my first time here and I’m extremely delighted to be part of this. To be honest, I love this country and I love its films. This is an important festival and I saw many great movies. I also watched new titles. This is an important event for the film community. The programming and the screening times met the expectations.

Omarova said: I’m glad to be a member of the jury. I watched many great films from Iran. I also visited cinema towns and museums. You cannot find them elsewhere. Cinema is important to both the people and the government of Iran. I find this interesting. It is obvious that the festival is steadily improving each and every year. The same is true about the Iranian cinema. It is doing so well.

Tabrizi said: All jury members come from Asian countries, with some cultural commonalities. This was rather strange and at the same time astonishing. We never talked to each other during the screening times. But when discussing the movies later, we could easily come to the same conclusion. This clearly shows the global social culture is gradually reducing itself to harmony and mutual understanding. It is my hoping that events like this will help us resolve all the outstanding issues and differences in our world.

Legan said: I’m glad to have the opportunity to be here. This is my first time being in a Muslim country. This is an important matter to me. I wanted to open the communication channels with the people I respected, and for this I’m glad. I had the chance to watch 11 films and I’m extremely grateful for that from the organizers. Three of them were top-notch. We singled out one movie which was exceptional, filled with human qualities. When the talk is about humanistic and spiritual values, such as global peace and family, you can easily find these same concepts in the Interfaith section of Fajr. These qualities were of high importance to us. Interfaith dialogue is of high importance to us. It is my belief that the medium of cinema can easily pull this off. Fajr is of high importance too.

Kalatesa said: I keep coming here every year. I love Iran’s cinema. This was my first time as jury member. Fajr is of high importance and I would like to congratulate the organizers of this successful run. They did a fine job; their programs were rich, and there was diversity in selection of films. The Iranian hospitality was second to none. It is exceptionally well.

Pasolini said: This is my first time here. I had heard of the Iranian hospitality, but couldn’t believe it, until I saw it with my own eyes. You cannot write it on paper. It is my hoping that I could be able to take with me a part of your kindness and hospitality. Our task was exciting but at the same time mind-numbing. We watched some powerful movies. This doesn’t happen all the time. It hardly happens in a festival when you see that there is a movie that deserves the top prize so much. I enjoyed our differences of opinion and I liked it when we came to the same conclusion on a film. My world got bigger in Tehran.

Majewski said: This is my first time here. Iran was always in my heart. I grew up with classic Iranian poems. My aunt taught Persian language at university. She used to consult me when translating Ferdowsi’s epic book The Shahnameh. This helped me a lot to learn more about Iran’s culture and myths. I’m glad to be here but unhappy that my stay is short. I enjoyed the companion of my Iranian colleagues and I thank the organizers for giving me this unforgettable chance.

Motamed-Aria said: Happiness is to be among those who are sensible. I was surrounded by A-list filmmakers and critics. When you look at great works with simplicity you always get better results. This is what we did through the weeklong festival. Each one of the nominated films deserves an award. But we had to look at them through the same looking glass – notwithstanding the differences in our culture and age. What we did look in a top movie was culture, beauty, humanity and passion. I’m here after 30 years jury member and I’m delighted for that.

Tolentino said: This is my first experience in Iran. This award is designed to elevate the position of Asian cinema. We watched 10 Iranian titles and we awarded one. We all liked its vision and its many cinematic aspects.