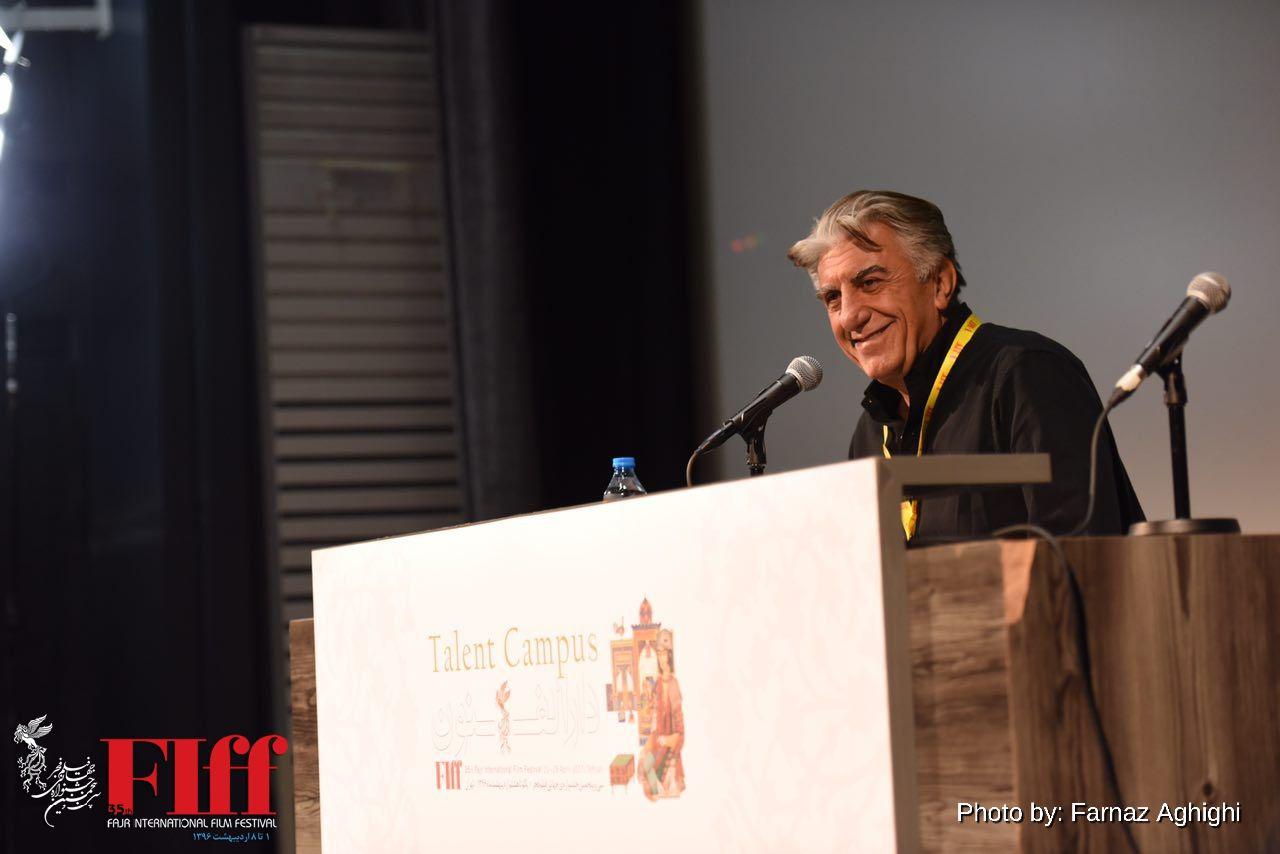 Iranian actor Reza Kianian held an acting workshop on Friday at the Talent Campus (Darol Fonoun) of Fajr in the Festival Palace.

Speaking to the film community and students, he said there are three secrets in cinema. “The first is to know how to tell a story. A great artist should be able to tell others the story of his daily life. He should know comedy and say it differently on each and every occasion. Even a shy person could handle this. I myself used to be shy and hide in the closet whenever we had some guest. But I used to act a lot and by myself in front of the mirror. I would replay things that happened to me in the day.”

With regard to the second secret of cinema he said, “You should be naughty, just like a little kid. As a kid, I was quick to ask for food from my mother whenever I got hungry. It didn’t matter if we had guests or not. Kids have no idea about social conducts and norms. But when they grow up they all wear masks. This turns us into imperfect humans. Kids and animals are the best playmates. This is because they don’t care if they are playing in front of the camera. They are easy with themselves and the surrounding environment. They are always candid. As an artist or an actor, you should discover this. If you don’t, then you become a fake.”

Kianian said the third secret of cinema is skill and it could be learned. “Just like a magician, you should learn how to entertain and create suspense. Always leave something for imagination of the audience. You should always try and lead them to that shock discovery at the end. A clear example could be finding the killer in a detective movie.”

In conclusion, the prominent actor said, “You should always watch movies and read stories. Read detective stories and make sure when people watch your movie they leave the cinema in shock and awe. This is the most gratifying part of cinema.”

Fajr is becoming one the finest film festivals in the Middle East, with primary goals of innovation, networking on an international scale, and dialogue with the film community and current affairs. The goal of this year’s workshops is to train young filmmakers, spot new talents, and activate the imagination and creativity of the younger generations.

One hundred and ten students from 33 countries are participating in various academic workshops of the ongoing Talent Campus. The program aims to educate and discover young talents of filmmaking industry in the region and beyond.