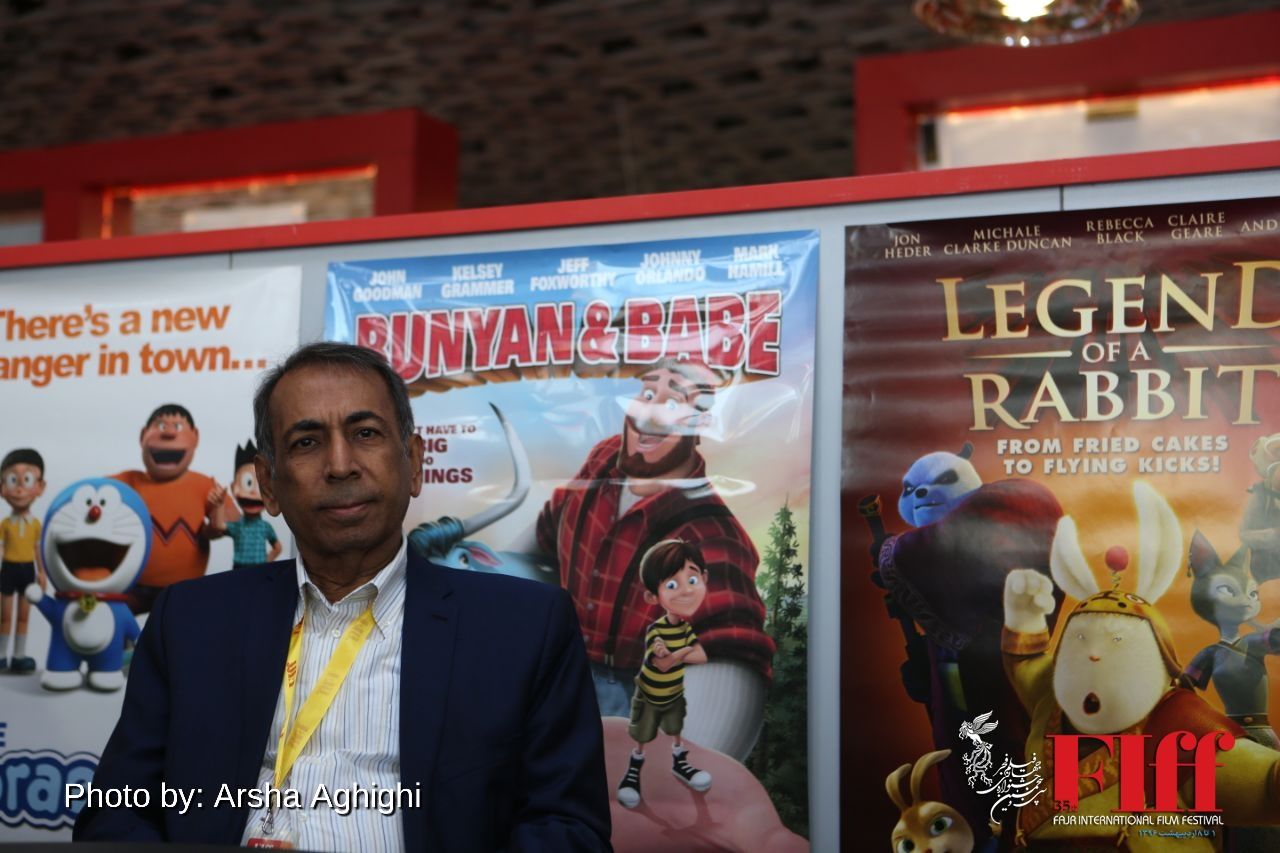 Ranchor Jumani is the director of Krisco Media FZC from India. He is attending in this year’s Fajr Film Market.

Is this your first time to Fajr?

I have visited Iran many times already.

What brought you to this year’s Fajr?

I am the director of Krisco Media FZC and I am here to sell and distributes its film productions.

How many movies do you have this year?

You also have many animations. How many are there?

At least 30 titles. We distribute films to all over the world, mainly America, Germany, and China. We buy the rights even from Hollywood.

Have you done any negotiations with other companies?

I have just arrived and I want to see films first.

We sell and buy movies. Since Iranian films have become popular these days, we plan to buy some of them for distribution elsewhere. We are interested in family movies.

Iranian films are doing well all over the world. They are doing things differently. I have just watched The Salesman.

How have you found the Fajr Film Market?

It’s fantastic. It has improved. It’s very good. No complaint.

What about Indian cinema?

Indian movies have become very popular.  At every part of the world, Indian movies are doing fantastic business.  They break all premiere records. The business is multiplying in a big way.