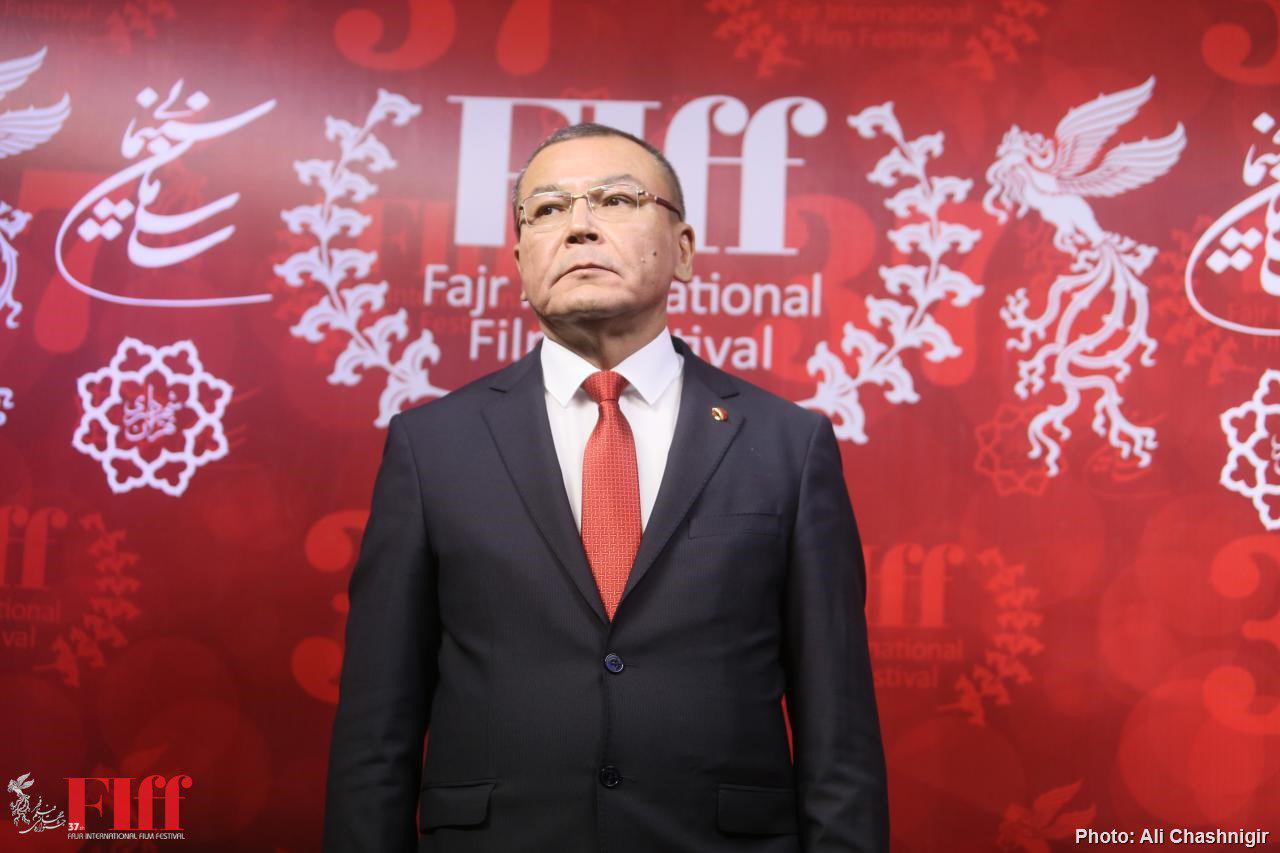 On Monday, Ambassador of the Kyrgyz Republic in Tehran Avazbek Abdurazakov paid a visit to the 37th Fajr International Festival in Charsou Cineplex.

Speaking to the Festival’s Press Office, the top diplomat highlighted the importance of co-production projects between Iranian and Kyrghyz film companies, adding that his government fully supports the idea.

The Kyrghyz ambassador added: I have been to many film festivals before and I have watched many Iranian films. This made me a big fan of Iranian cinema. In my opinion, Iranian cinema is one of the best in the world. It has famous directors and the talent to make it big on the silver screen. They have made great movies that have won numerous awards in international cinematic events.

In conclusion, Ambassador Abdurazkov said: Audiences in Kyrgyzstan like watching Iranian movies. We organized an Iranian film week in our country last week. Reception was great. We also had a cultural festival that was attended by numerous Iranian artists and directors, including Nader Sheikholeslami.

Presided over by award-winning writer and director Seyyed Reza Mirkarimi, the 37th Fajr International Film Festival is underway in Tehran until April 26. For further information, please visit our website atwww.fajriff.com.