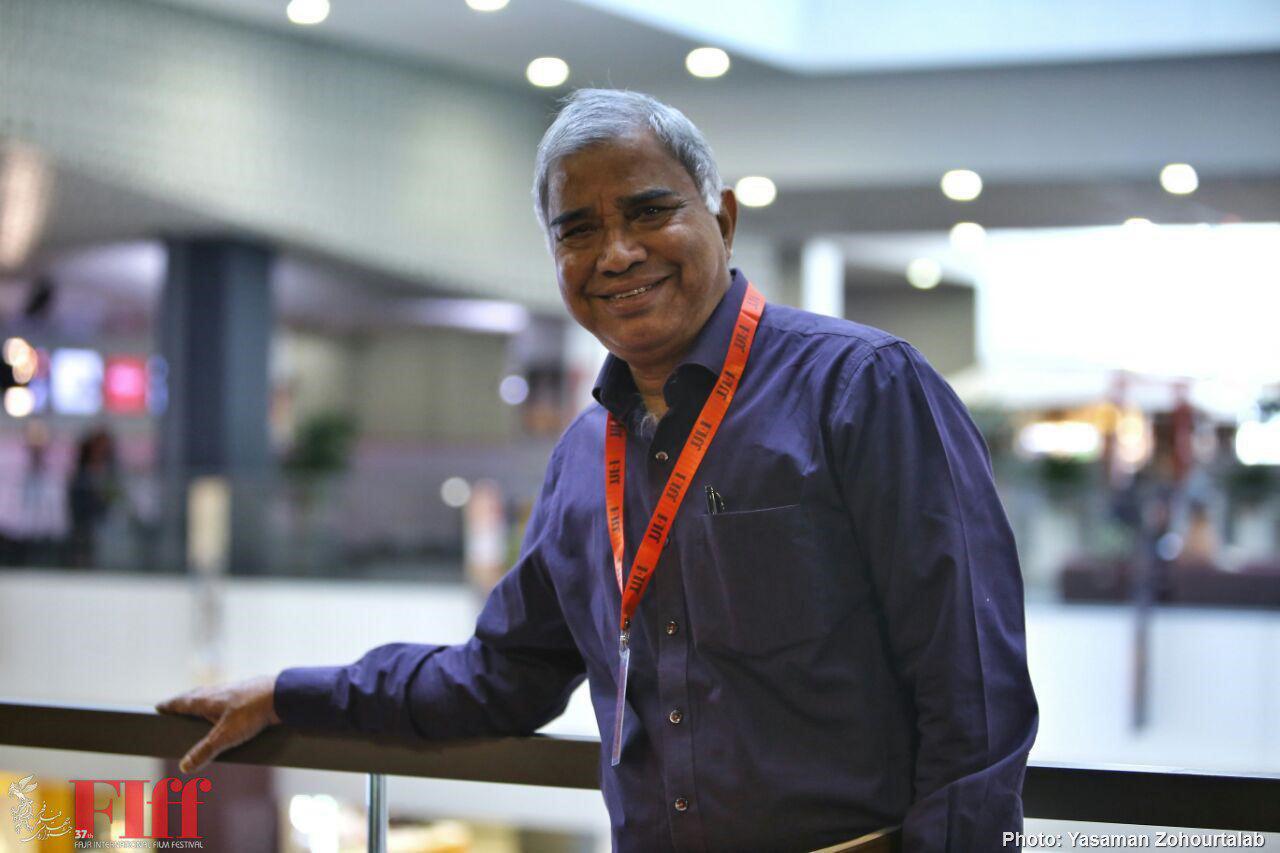 He was a guest of the 37th Fajr International Film Festival.

You came to select some Iranian movies for these festivals.

Yes. I came here specially for buying.  I’m not saying to bring all movies to Indian festivals. I personally chose some Iranian movies last year independently. In last four days before there was a children film festival in Lucknow (2019 CMS International Children’s Film Festival) and one of the Iranian films was screened in the festival. Fiction Iranian film Here My Village which is directed by Abas Aram and produced by Arash Ranjband got the special jury award.

How many times have you been to FIFF?

It was my third visit. But people are doing great movies. When Asghar Farhadi made Beautiful City, I brought the movie to Goa Film Festival.

Do you have any idea about co-production between India and Iran?

People are interested in doing co-production movies in India. I don’t mind fixing and meeting between India and Iran. You know the problem is language. The language is main barrier to bring both countries together.

Hollywood became a huge market. I’m in for good cinema. I’m not talking about commercial or noncommercial cinema. You shouldn’t have only fantasy. You know  60%-70% films are made in south of India. And Bollywood is not Indian cinema but people think Bollywood is Indian cinema which is not correct.