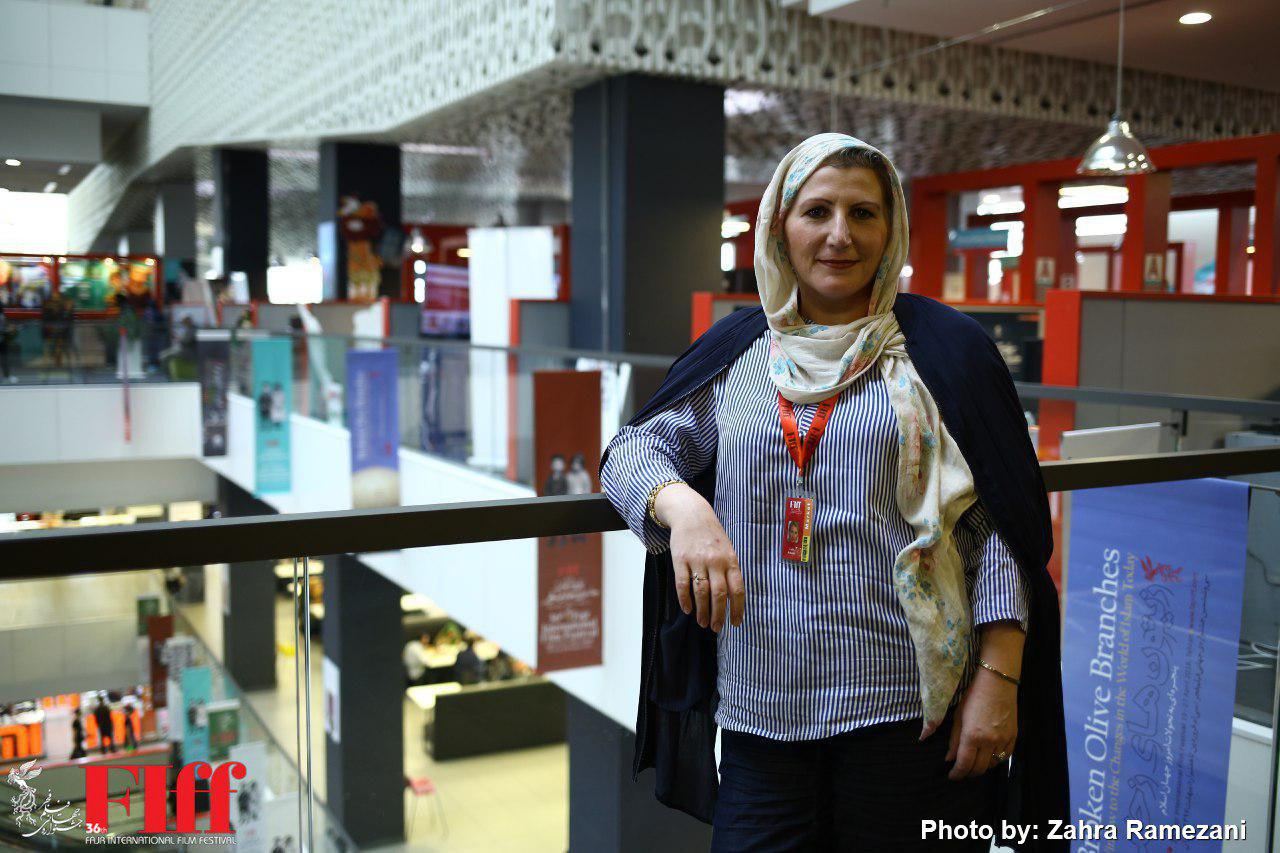 Leila Babovic was one of the special guests of this year’s Fajr International Film Festival.

She has been in attendance for many years and here is a quick chat with in that regard:

Tell us about your festival experiences?

I’ve been in here for many years. The last time I attended in Fajr Film Festival was 2014. The one that held in February. But I prefer Fajr International Film Festival. Because it has become better. I also should say everything is improved. Last time we stayed in Hotel Azadi, The Festival took place at Milad Tower. I think it’s important to hold it because there are prejudices toward Iran and Tehran. The guests are very satisfied this year.

I worked for a public company in Bosnia and Herzegovina. Radio and Television Bosnia and Herzegovina . It’s a public company, I’m choosing programs for our company. I ‘ve seen a few titles but I say I’m a film fan. I think Hangover was very interesting for me. I will recommend the programs that I liked to my colleagues. Then my colleagues will decide. I like Fajr International Film Festival because I can meet a lot of distributors in one place.

How many Iranian movies or programs have you broadcasted?

Not too many. The biggest number of Iranian movies we had was in 2011. After that, we broadcasted one or two Iranian movies per year. In 2011, we had packages of Iranian products including documentaries, featured films, and children programs. But because of financial restrictions we reduced the number of foreign programs to the minimum. We are struggling to survive financially. You know we obey the license fee rules. When the license fee expires, they want us to pay.

Tell us about your industry?

We have good filmmakers. You know we won an Oscar several years ago. We’ve got many international awards from Cannes, Berlinale, Karlovy Vary and etc. But The Ministry of Culture of Bosnia and Herzegovina doesn’t pay a lot of attention to cinema. They fund few projects – mostly coproduction to the tune of 400000 euros per year. This amount is not only for cinema but for all cultural events.