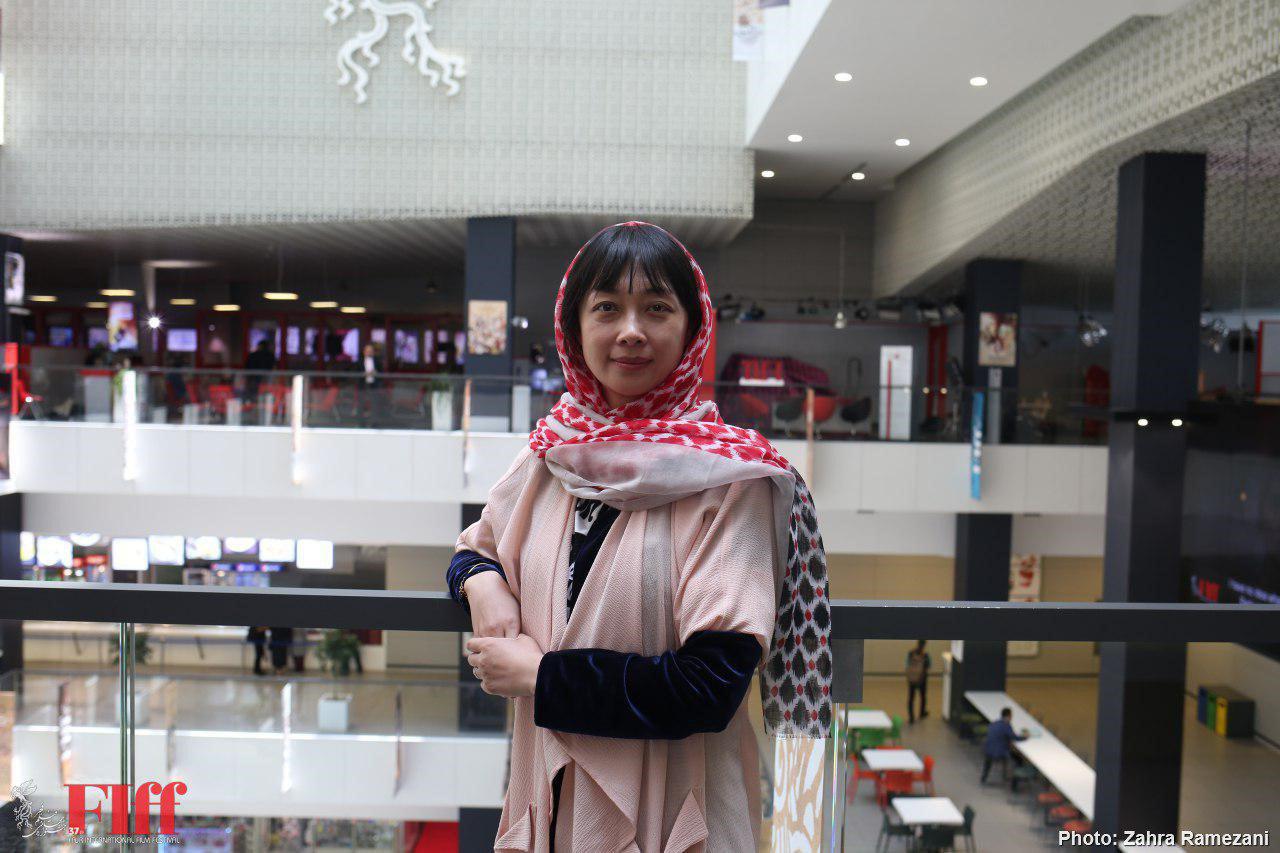 She is a veteran in the media business and entered the film industry as a producer for actress-director Xu Jinglei’s Dreams May Come (2006). She directed the film A Journey In Summer in 2010 and produced Red Amnesia (2014) and Chinese Portrait (2018) of Director Wang Xiaoshuai. She produced Old Beast (2017) which received a Special Mention at Tokyo Film Festival’s Asian Future section and won two Golden Horse Awards. In 2019, her newest produced film So Long, My Son (Wang Xiaoshuai) won two Silver Bear for the Best Actor and Best Actress at the 69th Berlin International Film Festival.

Was this your first time in FIFF? What about the atmosphere?

Yes, this was my first time in Iran and the festival. FIFF was very energetic and I met a lot of Iranian filmmakers and also the filmmakers from all around the world. I think it’s very great and in this edition, there was also a Chinese special section in FIFF, and they had wonderful Chinese films here. I’m very glad.

What do you think about film selections?

I had a little time watching the films, but I saw a film named Before the Frost that is a very good film, and I know there are several films that before the FIFF attended well-known festivals like Venice. So I think FIFF had very good selections in different sections.

You are the CEO of Dongchun Films, a successful producer and a veteran in the media business. What’s your advice to young filmmakers?

I think filmmaking is the most challenging job in the world, because, first of all, filmmaking is a team work. So I think young filmmakers, besides the great talent they have, need to learn how to cooperate with other people and their teams. This is the most important thing. The second one is that if you have anything in your mind, whatever it takes and how many difficulties there is, you have to move and pave the way for yourself.

As a director, how could one manage a co-production?

First is how we can handle the government’s regulations and rules for co-production, that every country has its own. In fact, we need to balance. Second, in every co-production project, we have to work with teams from other countries, and that is a great chance to learn from them.