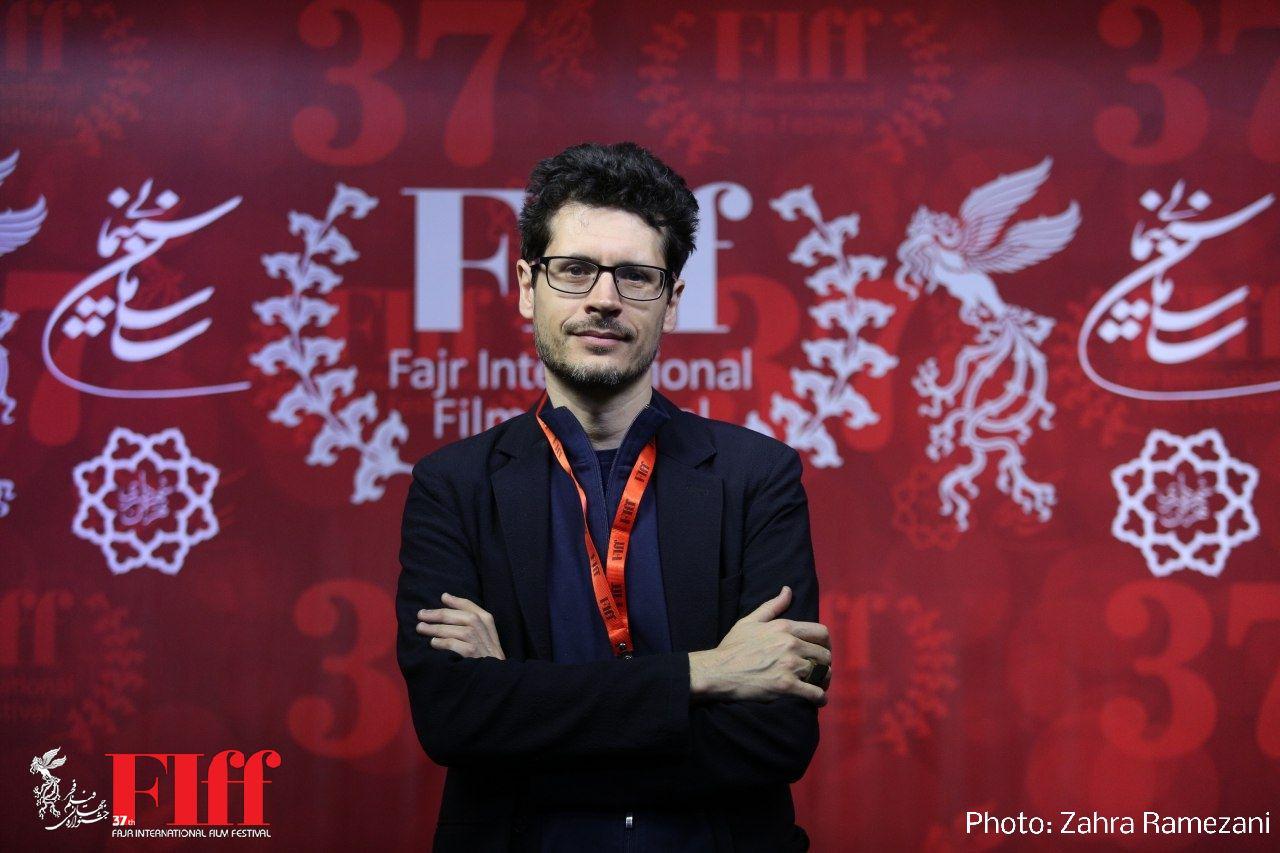 Nicholas Elliott is a programmer for the Locarno Festival. He is also one of the special guests of the 37th Fajr International Film Festival.

Is this your first time here?

It’s my first time in Iran and Fajr. It is an opportunity to learn more about Iranian cinema. They are some great films from Iran that I haven’t watched before. I have a clear picture of Iranian cinema here. I also have Iranian friends. It is a good opportunity to see them. Also I want to see Tehran. I am fascinated by Tehran. However, I don’t know the language but I like the energy of the city. I am very inspired by the mountains and hope to go there. I saw Golestan Palace in photos. I like to visit it. I am enjoying here. People are very welcoming. Their energy is very positive.

The programming is very good. It helped me to find out more about the films. It seems like a great festival. I am here from Locarno looking specifically for Iranian films. For me the specialty of Fajr is having a panorama of Iranian cinema which is very exciting. Because in Europe I saw some Iranian films but not all. Here I discover films in several genres.

How do you see this cinema?

Before I came here, I saw very good films from Iranian directors like Abbas Kiarostami. I can’t describe that because when I came here I found Iranian cinema is much richer that I had known before.

Tell us about Locarno?

Locarno is a class A festival. It is one of the leading festivals in Europe. We specialize in art house cinema, author cinema and cinema that is still largely driven by director’s vision. We can have truly experimental works including now some virtual reality works and also more commercial films with movie stars and so on, but always looking for personal visions. I am in the committee that chooses feature films for the festival. I have seen some Iranian films there.

The curtain will fall on the 37th Fajr International Film Festival on Thursday, April 25. Vahdat Hall will host the closing ceremony at 6:00 pm, attended by Iranian and international filmmakers and guests.