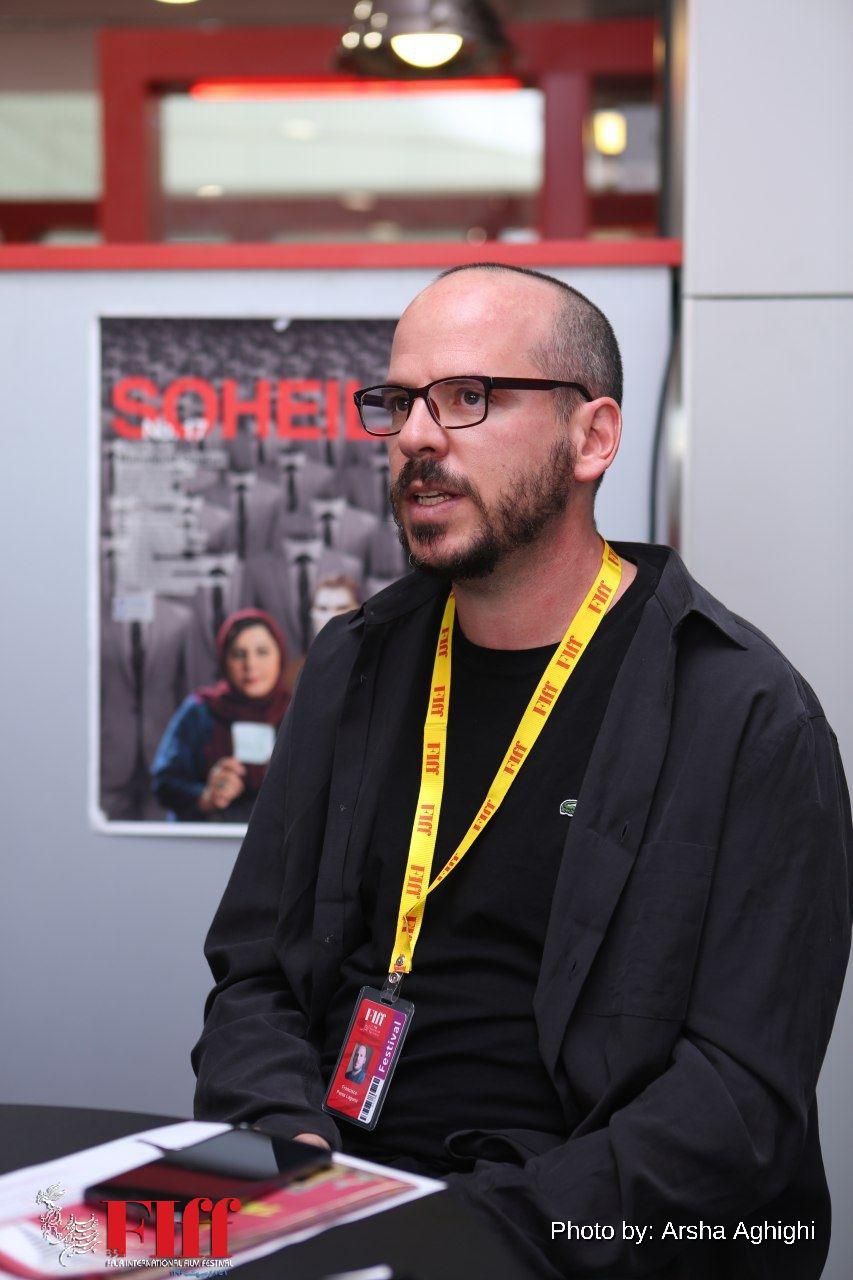 The 35th Fajr International Film Festival kicked off Friday in presence of local and international filmmakers, sellers and film students. Reza Mirkarimi, Iranian well-known filmmaker is the director of this year’s edition.

The participants come from different Asian, European, African and American countries, some of whom have been interviewed by the festival press department. Following comes interview with Francisco Perez Laguna, a programmer at the Mar Del Plata International Film Festival:

What categories does your festival have?

Our festival holds documentary, family and children sections. And the documentary itself has different parts.

Are you familiar with Iranian movies? What was the last movie you watched?

Yes of course. I love Iranian films so much and I have always enjoyed watching them. The last movie that I watched was “Taxi” directed by Jafar Panahi. The strength of the film was that whole story was directed inside the taxi and I think this kind of movies are really difficult to direct and lead them to success, but Panahi masterfully handles all parts. Kiarostami films were also among my favorites. I think he was the best.

Do you have specific competition section for your country’s festival?

Yes, it is Argentinian competition.

How do festivals help promote filmmakers?

I think festivals can be the first stage for filmmakers in helping them introduce their works globally. Festivals can pave the way for directors and producers to meet different people with different expertise from various countries. Events like this are the best forum for holding talks and sharing experience and knowledge.

How do you see Iran’s cinema?

Iran’s cinema has good directors like Kiarostami and Farhadi that can befit from. Your cinema enjoys significant place at

the international level mostly due to its well-known directors.

How do you see this year’s Fajr?

The place is very organized and all staff are very cooperative. All parts including the market, screening and accommodation are well-prepared. You can access people easily and everything needed is available.

Were you familiar with Fajr Festival before coming to Iran?

I have been working for my own festival for 20 years and I have always dreamt of traveling to Iran. I could make it this year finally, but since I started working, I knew about Fajr and always wanted to see it.

How do you see festivals regardless of religion and opinion? I think we have a common idea is art that nothing can affect it. What do you think about it?

I think it is just the sense of cinema. Maybe we are at war, but art should not be involved. Artists across the world must be in touch and cooperate regardless of their beliefs and religions.

Does the government support your filmmakers or do they work independently?

How will you spend your time in Iran?

I will watch films and participate in tourist programs prepared for foreign guests.