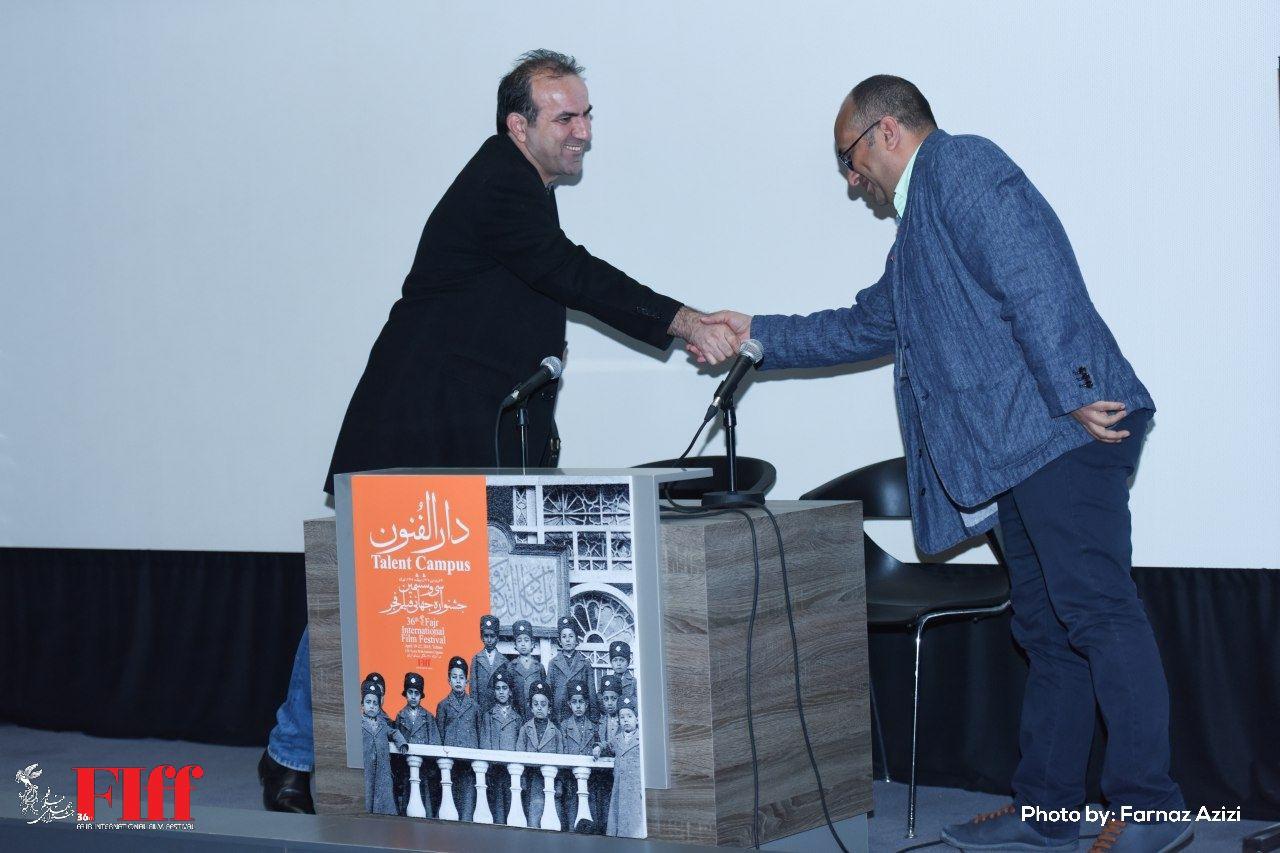 Mehran Kashani had two screenwriting workshops in the Talent Campus (Darolfonoun) of FIFF 2018 – the first day of the annual event.

According to Kashani, every story has a protagonist who has a visible goal, with a pressing need to attain that goal. He explained to his Iranian and international students that “the secret to standing out as a screenwriter is to put obstacles and challenges in the way of your protagonist, making it much more difficult to attain his goal.”

He further explained that film stories portray heroes who face seemingly insurmountable obstacles as they pursue compelling objectives. All these protagonists confront overwhelming conflict in their pursuit of some visible goal.

The Talent Campus is overseen by Iranian writer-director Maziar Miri. There are several training workshops this year, with 50 countries and 110 students attending for a period of one week. The students are under 27, fluent in English, and have made at least one short movie. This year’s students are 55 Iranian and 55 foreign nationals. They all come from top universities and prestigious film schools, with hands-on experience in filmmaking. The top student of this year’s series will get the chance to make his own short film sponsored by the festival.

Presided over by writer-director Reza Mirkarimi, the 36th edition of Fajr International Film Festival is underway in Tehran until April 27. The organizers are receiving over 300 special guests, ranging from filmmakers to screenwriters, actors to activists. A host of A-listers are also scheduled to attend, including legendary Italian actor Franco Nero and influential American film director Oliver Stone.