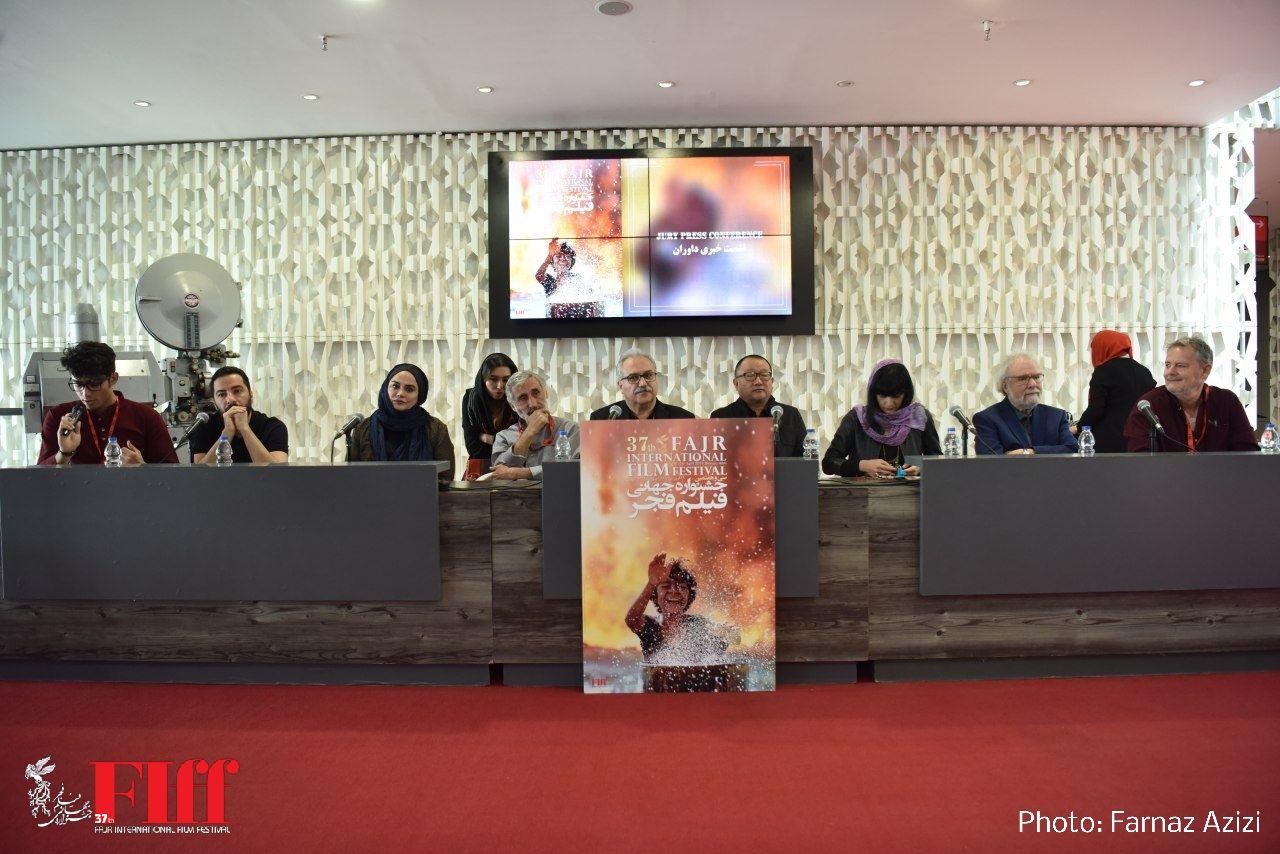 Charsou Cineplex was the venue for a presser on Thursday, April 25, by jury members of the 37th Fajr International Film Festival in Tehran.

It was an amazing experience to be part of this exciting cinematic event. I had no prior idea about the festival. It went beyond my expectations. Iranian cinema is exceptional and I want to see more Iranian movies on the screen globally.

The exchange of experiences at the festival and the Iranian hospitality were top-notch. It was a great pleasure to be a member of Interfaith Award jury.

I saw excellent movies this year. You could only see them here at Fajr.

It was a great pleasure to be part of Eastern Vista jury. This was my first time. I never had the same experience in Egypt or Montreal festivals.

Being a jury member of International Competition meant I could finally see some fine pictures. I was lucky enough to watch and enjoy many smart movies.

International Competition section was mostly fixated on non-commercial movies. We had our differences. In general, most of the movies were fine. This helped us select top movies for accolades.

It was hard to select from so many movies at the festival. Our main priority was to select those that were about contemporary issues.

Just like choosing best films we also had to select best actors and actresses in International Competition.

I was moved by the passion for movie at the festival. Iranian audiences are experienced and know what they want to watch on the silver screen. They can understand any movie.

I like to watch technical movies. I found many at this year’s Fajr.

The Runner was my favorite film at the festival. The cinematography was magical.

I have known Iranian cinema for 30 years. After so many years, it has still has its place on the international stage, especially when it comes to acting and directing.

I am fully satisfied with selection of movies for NETPAC session. They all had good quality and I congratulate organizers for that.

We organized NETPAC Festival some 10 years ago, with a special focus on Asian cinema. The festival is still in the game with its own awards.

This was my first experience. Iranian cinema is different, that’s why it’s so successful.

It’s an honor to be part of an important festival in the region and beyond.

I watched 12 interesting films in First Films section of Fajr. It was a great experience.

I saw 15 films as International jury member. It was a chance to also see people of Iran in person and firsthand. You could only understand the culture if you travel here.

Jury members had many commonalities in judging the movies. Iran, France and Turkey share cultural commonalities. It was an interesting experience for everyone.

This was my first time here. I have many memories to take with me to Turkey. I am so happy to attend the festival. It was the right decision.