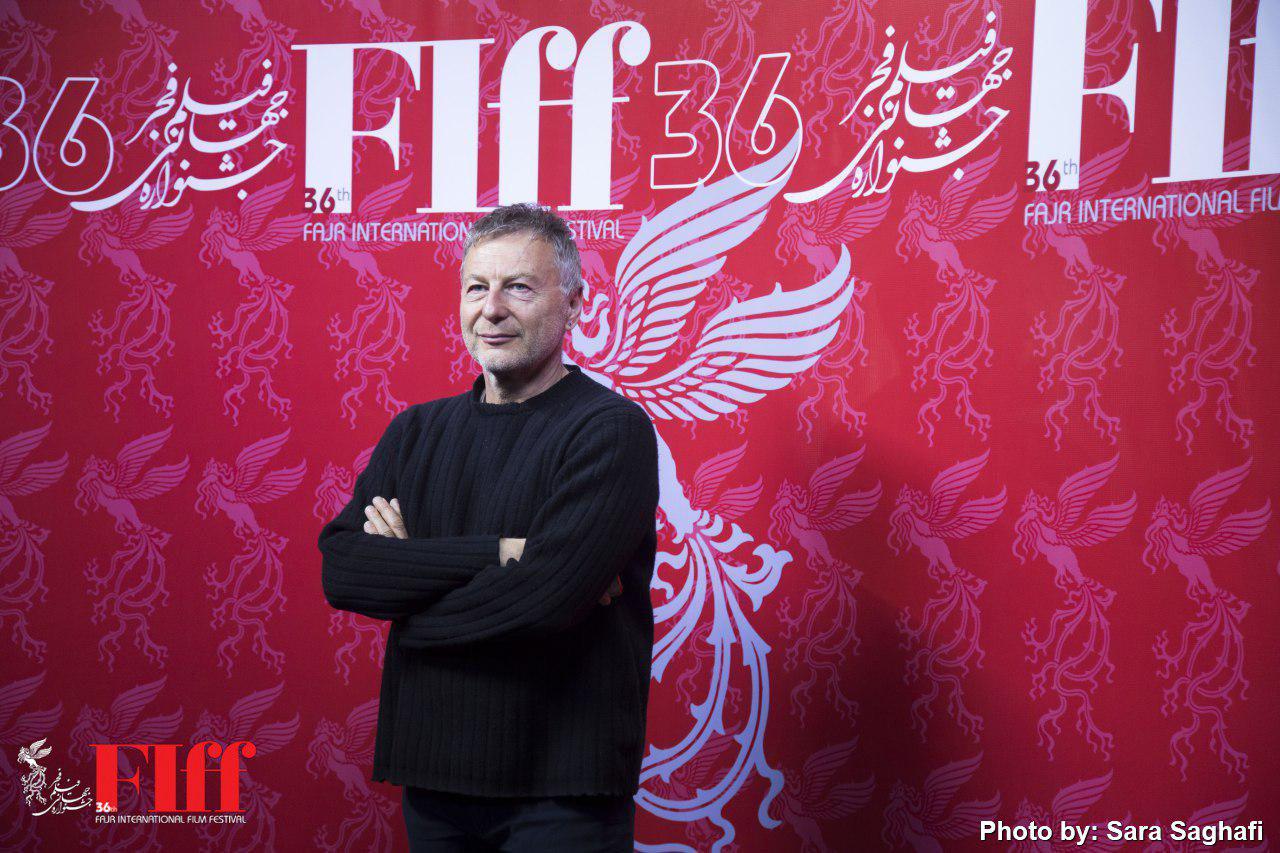 Milcho Manchevski (born October 18, 1959) is a Macedonian film maker. He is a jury member of Cinema Salvation (International Competition). Manchevski’s acclaimed Before the Rain (1994) is considered “one of the greatest debut feature films in the history of cinema”. It won the Golden Lion in Venice, Independent Spirit, an Academy Award nomination and 30 other awards.

Manchevski’s work – which also includes the award-winning features Dust, Shadows, Mothers, Bikini Moon and the award-winning short forms The End of Time, Thursday, Macedonia Timeless, Tennessee and 1.73, and an episode of HBO’s The Wire – “stands out in world cinema for its unique way of playing with space, time and emotion”. He has also written books of fiction and essays, published books of photographs and staged performance art.

In an exclusive interview with the Press Office of Fajr, he talked about his experience and passion for filmmaking:

Is this your first trip to Iran?

Yes, I always wanted to see your country. I really like your culture. I have a collection of old Persian music, and I’m a big fan of Iranian movies. Our cultures share historical commonalities because of Alexander the Great.

What’s your take on this year’s festival?

I’m very impressed because its bigger than what I had in mind. I’m really looking forward to walking around and taking pictures and observing. I’m completing two books on photography and I need to take as many pictures as possible.

You talked about similarities between our cultures, what about Cinema?

Why do you think Iranian films are admired globally?

Your movies are influential because of their unique style of storytelling.

You had experience working with different Medias, which one do you prefer for having an artistic experience?

I like writing the best personally but film has the most reach. It reaches most people, it travels cross the cultures more easily and what’s interesting about the film is that with film you create a whole new world, a convincing world whether it’s the world of the heroes or family or historical world so that’s attractive and compelling for an artist. Finally I like photography and performance art very much because they can be spontaneous and created in the moment without having to be explained or having to wait for a long time, without needing a lot of money or technology.

Which one is artistic; short or feature?

They are both artistic in their own ways. You cannot say one is better than the other. Feature film is like a novel or a play. Short film can be poetry or just a short story. I do both. On the other hand, some ideas need to be short and some long. There are no rules here.

Any advice for young film makers?

Be a good storyteller, know your story, and practice the art of storytelling. Because of new technologies it is now much easier than ever to make a film. Strat with short films, show them, and learn from audience feedbacks.