فارسی | English
Fajr International Film Festival > News and Reports > Motamed-Arya: Be Yourself in Order to Be the Character

Motamed-Arya: Be Yourself in Order to Be the Character 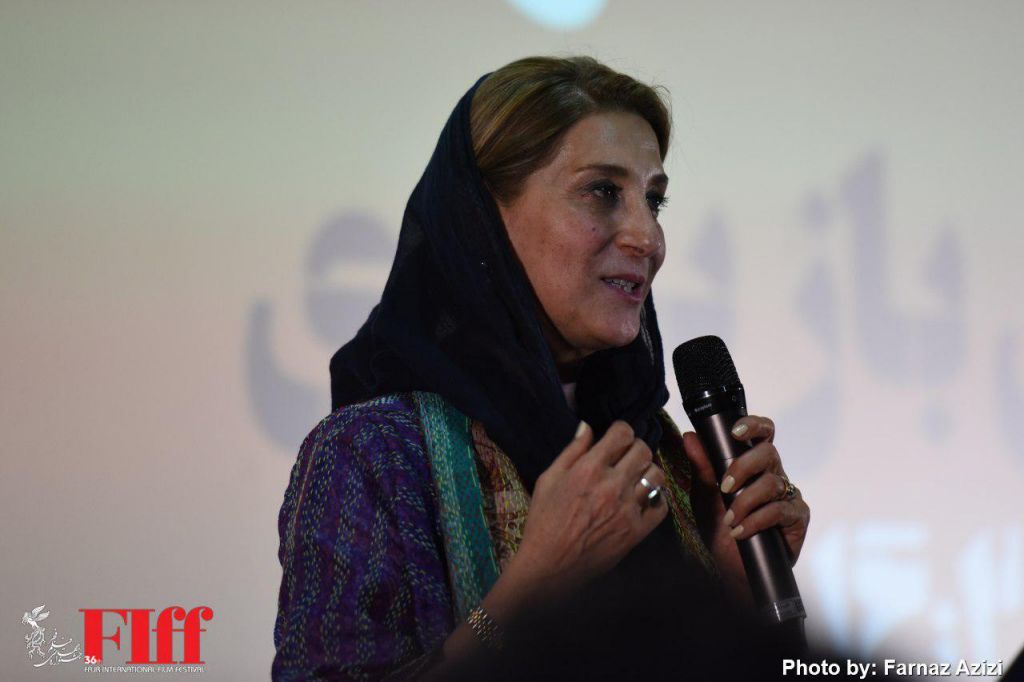 Because she’s a television and movie actress, she gave her students tips to help them succeed both in auditioning and performing. Her take on the work in class was both intuitive and realistic, and she was brilliant at providing insight to improve an actor’s work.

According to Motamed-Arya, one of the hardest parts about playing a hero or playing a low-status character is admitting that this character might exist inside you – even if it’s just your imagination. Be yourself to be the character, she said, adding that self-knowledge is also key to understanding the character you are playing.

Motamed-Arya said to use one’s full emotional instrument on demand is essential for truthful and compelling acting: Create a unique emotional technique and warm-up that quickly connects you to your emotional core.

She further noted: The world is too busy to allow us think of ourselves and ask questions like who we are. The key point is to ask who we are and what we need, and move on. By the way, you can get information about anything you want by simply tapping on your smart phone, which is always with you.

Other topics discussed during the one-day workshop including discussions on performing a character, versatility in playing different characters, understanding character, and the approach toward performing it. The purpose was to enhance understanding and create a unique systematic approach among students which will work as a blueprint for them while performing.

Presided over by writer-director Reza Mirkarimi, the 36th edition of Fajr International Film Festival runs in Charsou Cineplex and other venues in Tehran until April 27. The organizers are receiving over 300 special guests, ranging from filmmakers to screenwriters, actors to critics and scholars. A-listers like Italian actor Franco Nero are also attending.