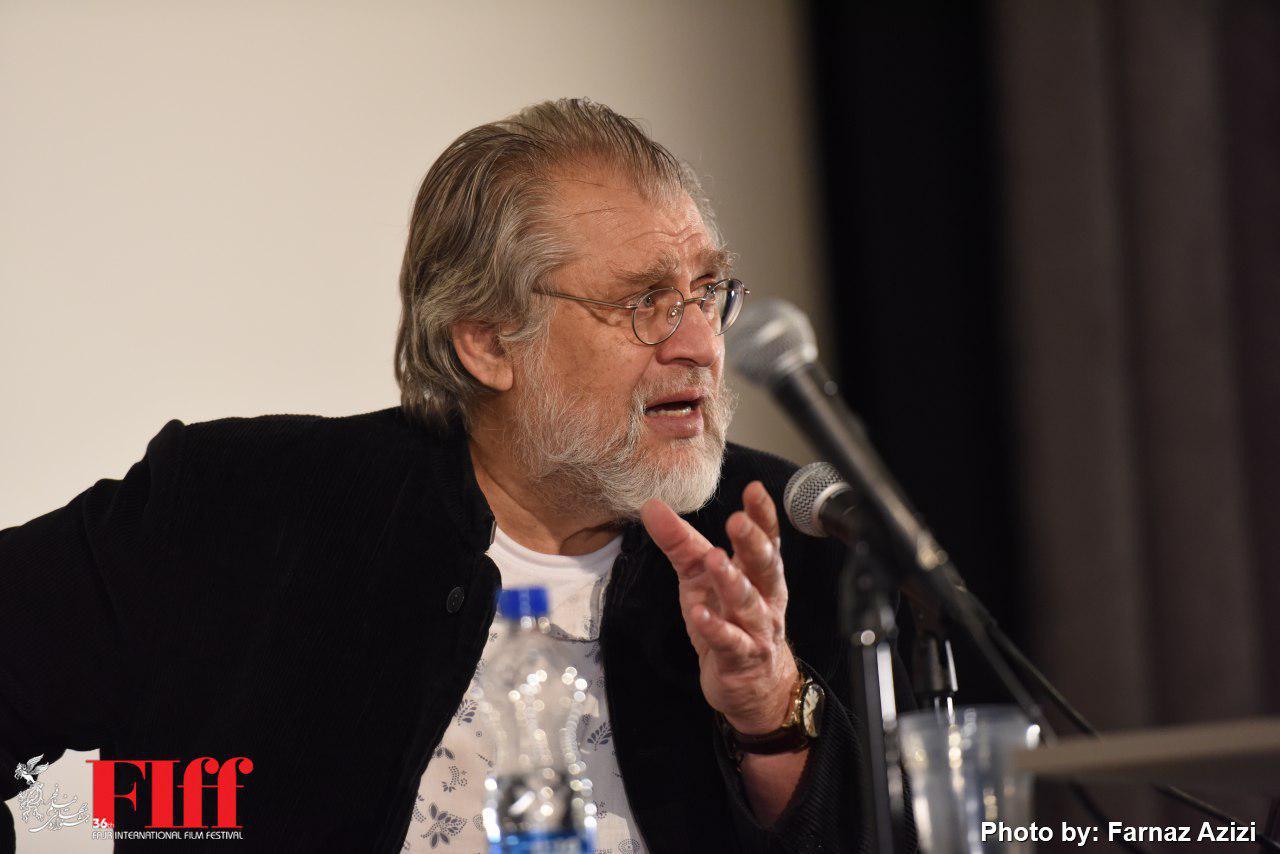 On Thursday, Iranian film critic and director Nader Talebzadeh held a one-day workshop on the subject of world cinema and on the sidelines of the 36th Fajr International Film Festival.

The workshop in Charsou Cineplex focused on aesthetics and storyboard in directing. It circled around the importance of storyboard, which Talebzadeh said is at the basis of any good production. He said it helps string the scenes and the story together. It is visualization on paper. It is also a way to help a filmmaker get a better visual idea of how the scenes will actually look. “Not having a storyboard is like going to the battlefield without a sword. Even Kurosawa and Hitchcock used storyboards,” he said.

According to the A-list director, storyboards can be helpful in detecting which scenes need to be scrapped or rewritten. For the filmmakers who use storyboards as a script is undergoing another revision, the benefits are similar. They can also use the storyboard to springboard creative ideas and images into the script to help it develop its complete arc.

Elsewhere, Talebzadeh talked about the aesthetics of film, recognition of drama, choice of subject, and impact of location on filmmaking, adding that a director must know what senses his film subject radiates. He referred to location as an important element in film, arguing that great directors spend a lot of time searching for the right location.

Each April, the Fajr International Film Festival attracts the most innovative storytellers and adventurous audiences to the nine-day celebration of the best independent Iranian and foreign films, Talent Campus workshops, Film Market, and events. Presided over by writer-director Reza Mirkarimi, the 36th edition of Fajr International Film Festival is underway in Tehran until April 27.