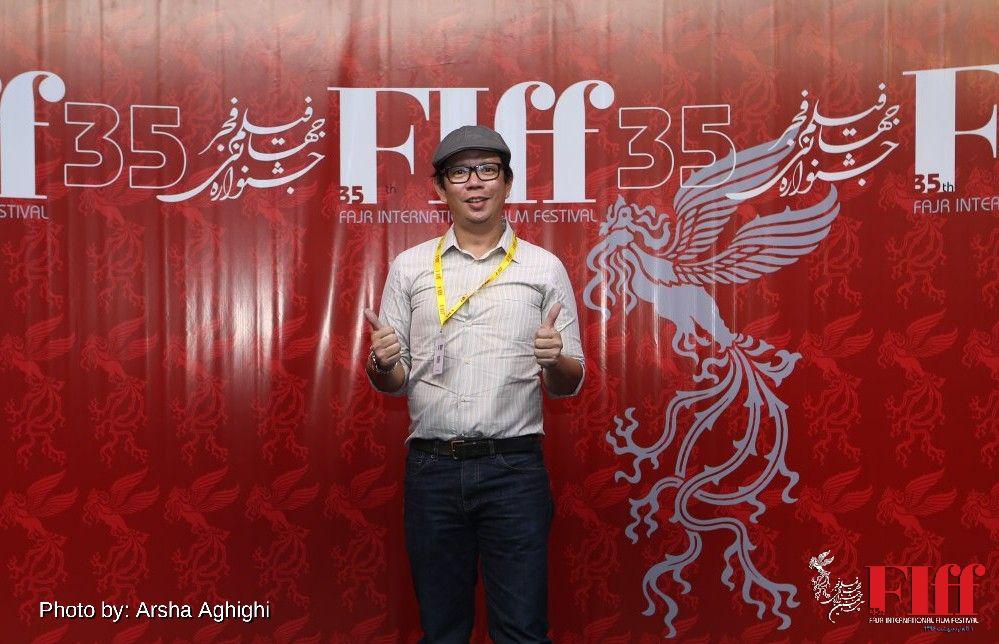 Rolando B. Tolentino says the University of the Philippines College of Mass Communication and Faculty of the UP Film Institute offer courses in Iranian-language films and cinema.

Tolentino is the dean of the university and member of the the Network for the Promotion of Asian Cinema (NETPAC) jury at this year’s Fajr. He has taught at the Osaka University and National University of Singapore, has been a distinguished visitor of the UC-Berkeley and UCLA Southeast Asian Studies Consortium, and was recipient of the Obermann Summer Research Fellowship. He is a member of the Filipino Film Critics Group and chairs the Congress of Teachers and Educators for Nationalism and Democracy. Here is a short interview with him on the sidelines of festival:

As a member of jury, tell us about your first impression from this year’s run.

It’s the first time that I am here and I am very impressed, because lots of good things are happening. We have retrospectives of Korean and Baltic cinemas, Cinema Salvation, and Middle East in War, and many other programs.  The retrospective part is very interesting because it shows the Korean cinema from past to present productions. Young filmmakers can explore this cinema. It’s also an excellent kind of programming because it deals with national cinema issues in a way that it can defend the cinema; it can defend the images, and be sound to people and cultures. I don’t see these things happen in other festivals.

What about the Philippines cinema?

I think one thing that is not too happy with the festival is that there are few South Asian cinemas featuring in the festival. Just a few films from Indonesia and nothing from the Philippines. Just some short films from other south Asian countries. There is no variety. In fact, the region is very far from independent filmmaking and our young filmmakers are trying to make their mark. I would be happy if this festival features South Asian cinemas as well.

And the Iranian cinema?

Iranian cinema is really excellent. It has many talents. Film courses in Iranian cinema are offered for filmmakers and university students in the Philippines. It is part of the curriculum because Iran produces movies for global audiences. What your filmmakers do here have global reverberations. So we can learn from it either in colleges and universities or through a network.